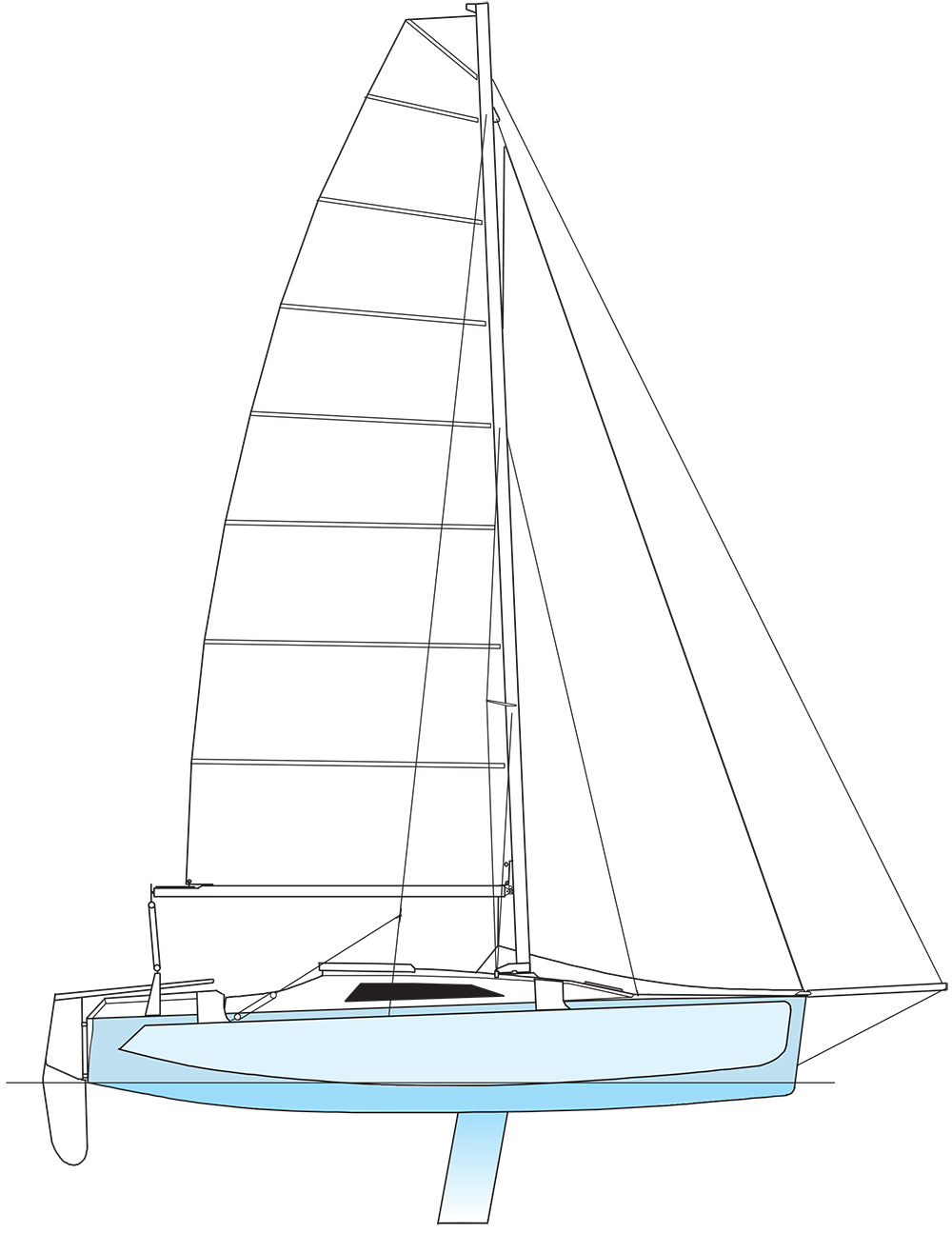 I remember my first sail on a multihull. It was 1963 and the boat was a 17-foot Cougar Cat owned by some friends. At that time there were a few one-design cat classes starting up but none really caught on until Hobie started building his cats. But cruising multihulls would remain scarce for many more years. There were various designers promoting catamarans and trimarans but they were mostly aimed at selling plans to home builders. The multihull world was a bit “cultish” and most certainly far from mainstream.

My original SAILING review for the F-27 was written in 1991. In six months, 100 F-27s had been sold and they would go on to sell a total of 453 of the trimarans before production ended in 1997. I am lucky in that my buddy Doug on the next beach has an F-27 and I have sailed with him several times. I know this boat. Is it a good boat? Given how many days a week Doug sails his boat, I’d have to say this is a great boat. It’s fast and very easy to sail. Doug singlehands his F-27 almost all the time.

New Zealander Ian Farrier designed the F-27. Ian had been working on “folding” trimarans since the early 1970s, and in 1975 Ian got the patent for the Farrier Folding System. I suppose you could consider the fact that the F-27 folds down to trailerable beam the key to its success. Maybe. Being able to trailer the boat is important, but you also have to look at the performance of the F-27. In 1984 in its first official race, the Two-Man Round Catalina Race, the F-27 set a course record. In 1987 they had a repeat win in the same event. The speed on the F-27 attracted a lot of sailors looking for lots of boat speed in a small and trailerable package. From my own experiences sailing the F-27, 14 knots is commonplace and almost a yawn. The feeling of speed is so subtle on the F-27 that I find myself looking at the wake just to convince myself that yes, we are going that fast.

All of a sudden, multihulls, in large due to the meteoric success of the F-27, were “normal.” Production builders got in the game to fill the need. In time the F-27 would morph into the F-28 using much of the original F-27 tooling. The F-27 design was enjoying a second life. Other folding trimarans like the Dragonfly began showing up. Race organizers began adding multihull classes to major races. 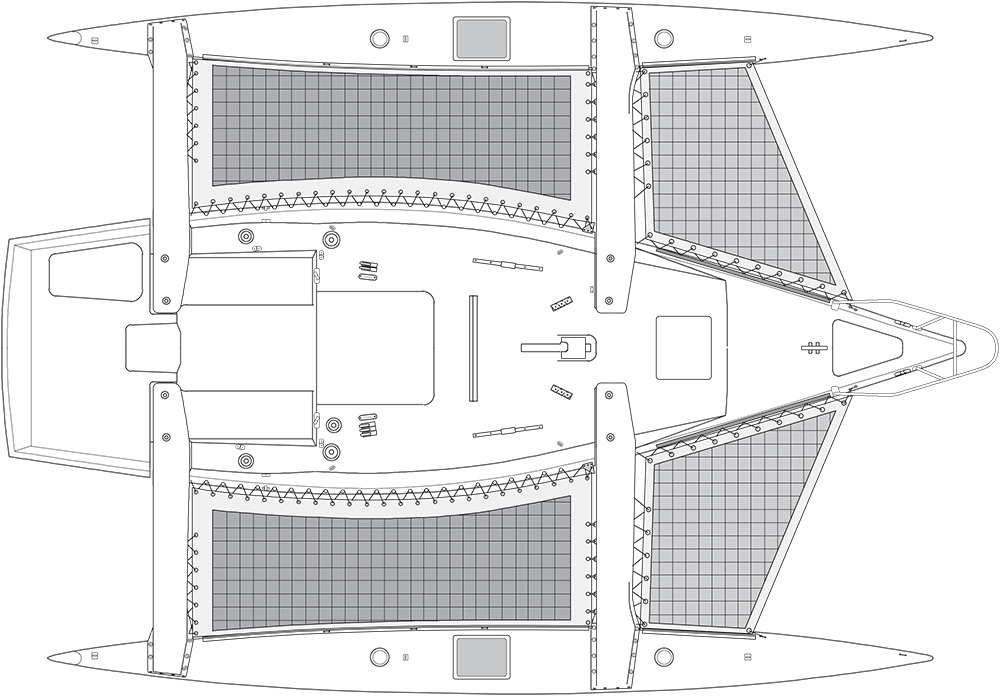 To my eye the F-27 looks as current today as it did in 1991. When I read my 1991 review I get the feeling that I was not sure exactly how to deal with the boat. It’s a very good looking boat and I think that helped a lot to win monohull sailors over. It’s not a roomy boat. It has far less interior volume than a current 27-foot monohull. The fo’c’sle serves as the enclosed head. The cockpit is small but you tend to spread out on the trampoline when you are sailing. But interior comfort is not what sells the F-27. I think speed and trailerability sell the F-27.

The first folding trimaran I saw was a 40-footer designed by Bill Nightingale in about 1974. It was an awful looking thing with a mangle of aluminum tubing for struts. I can remember it sailing by me one day. A good friend of mine was standing on the  weather ama with a very concerned look on his face. The ama was flapping up and down and looking like it could all come apart at any moment. The next time I took notice of the “VBT,” Variable Beam Trimaran, (we called it the “BLT”) was in a magazine and being promoted as a narrow monohull. The amas were gone. To my knowledge no boats were sold. For Ian Farrier it was different. His early work with the type in Australia paid off and there is no doubt in my mind that the term “folding trimaran” will forever be linked to the work of Ian Farrier.