In the moments after you realize you have run your boat aground, it’s best to take a deep breath and recite The First Rule of Holes: “When you’re in one, stop digging.” Many of the steps you are inclined to take can make matters worse. You may already doubt your own skills and your decision-making. You’ll get a lot of advice, some of it noisy, a lot of it not grounded in experience. Chaos is lurking. 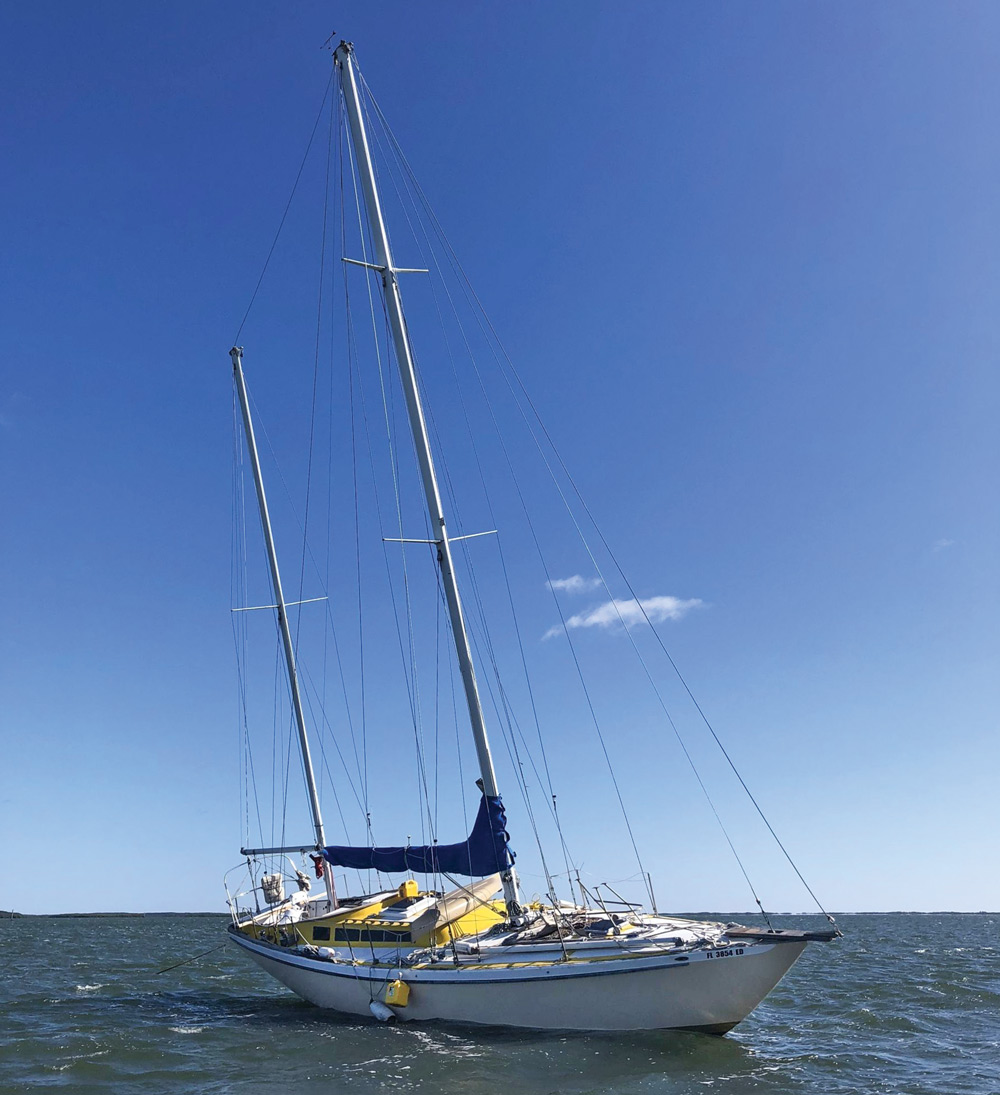 A 76-year-old sailor was rescued when this boat ran aground in April, but there are a lot of things savvy sailors can try to get ungrounded without calling for help.
U.S. Coast Guard photo

Speaking of worst-case scenarios, think about leaking boats and PFDs. Make sure everyone has one, but if your boat is taking on water, don’t send anyone belowdecks wearing a PFD; it’s hard to get someone out of a boat when they’re pinned to the head liner by a flood.

Build your plan around the least possible motion. Minimize rocking, pitching, thrashing. If there are waves, try to take advantage of a crest. It is very  important to know which is the best direction out. Logic and percentages indicate it would be best to go straight back the way you came, so if you have a good engine and your boat backs straight, take the first high crest and go. Remember, what goes up must come down, and you don’t want to land on more coral in the next trough.

Going aground is still not illegal in most places, so don’t call the lawyer if the Coast Guard shows up. In fact, they are well-equipped and quite competent at pulling folks out of trouble. They even went above pay grade to ease my bruised ego once: “Don’t worry, everybody’s doing it here, the buoy’s off station.”

If you got your boat free without calling for help, nice going; you did it the way sailors have been doing it for a few thousand years. If you did call for help, don’t beat yourself up; sometimes it’s the only option. And at the end of the day the important thing is that the boat and the crew are ready to sail again.