With a racer-cruiser pedigree, this performance cruiser will make speedy offshore passages

Sometimes when I listen to an old Jackson Brown album, I get the feeling that Mr. Brown had been following me around taking notes. I get a similar feeling when I look at a new J/Boats cruising design. This new J/45 seems to tick almost all my boxes. If I had a complaint it would be that I would prefer a more traditional style of interior detailing. But the problem is that the style I have in mind would raise the price of the boat $50,000 and add 1,000 pounds to the displacement.

I really like the look of this boat. It’s probably most accurate to give the design credit to the J/Boats’ design team led by Alan Johnstone. I’m confident that Rod Johnstone has influenced the design department. The sheer is 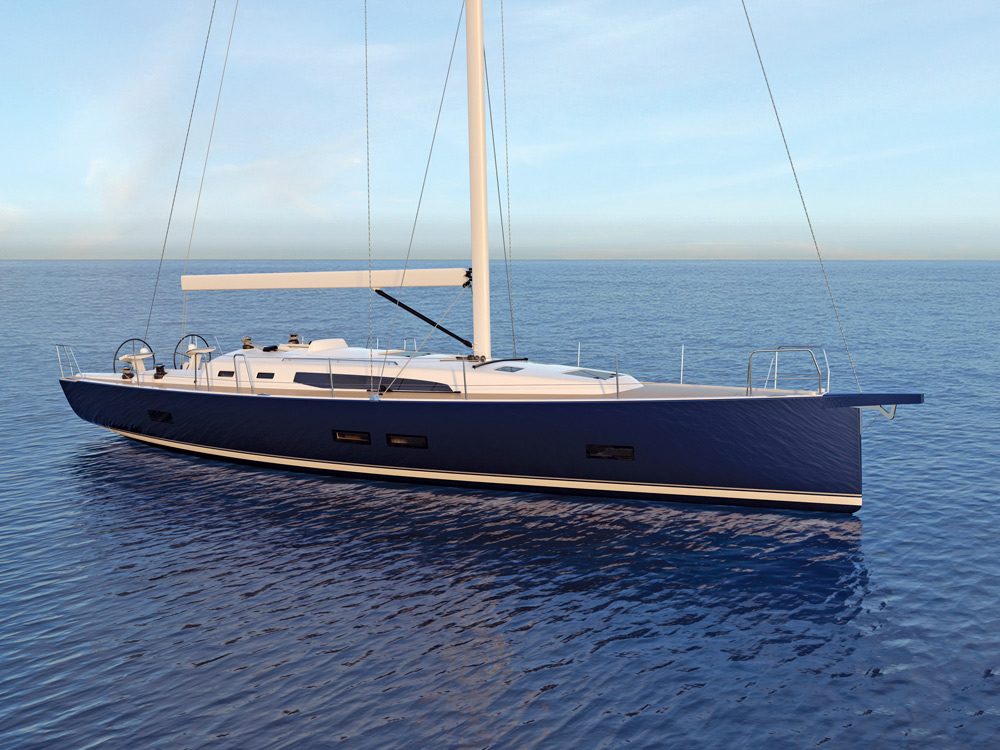 almost as flat as that of the Hylas 57. The difference is that the freeboard aft is proportionately lower than that of the Hylas. I’d estimate the tip of the transom of the J/45 is 16 inches lower than the tip of the bow. The result is what I call “Zenkutsu” a term used in karate to describe the stance with the weight on the forward leg and the other leg stretched out behind. In English it’s “forward stance.” It’s a look that Bruce Farr gave his early boats. It makes it look like the boat is ready to pounce.

Freeboard is relatively low on this design and that is made possible by the cabintrunk. Note that there is no camber to the face of the transom. This way you don’t lose any sailing length relative to LOA. It would look odd if the transom were not open.

The D/L of the 45 is 146. This is not a light boat, it is again a medium-displacement boat. As most of you know, displacement is volume. You need volume for a nice interior layout without copious freeboard. Freeboard is slow. The L/B is 3.26 right there with the Hylas 57. But the difference is not in the L/B but in the distribution of beam. Note how the J/Boat does not carry beam max all the way aft. I think this results in a better balanced boat and far better performance in light to moderate air. Note also the hint of reverse rake to the stem. I suppose you could make an argument why this small feature makes a difference in boat speed but I think it comes down to what is in style today. Why is the stem raked aft? Because it looks cool. Draft is 7 feet 8 inches. The rudder is far bigger proportionately to the rudder on the Hylas. As cruising boats go, this will be a fast boat and fast enough to make an enjoyable PHRF racer.

The interior layout is very straightforward. You can choose from mirror image quarterberth cabins with double berths and what looks like semi split single berths or just one quarter cabin to port and a large cockpit locker to starboard. I can see the semi split single berths working for two kids but I would not recommend it for two adults unless there is a height difference between the two berths. I can’t tell from the drawing. If you go with just one quarter cabin the aft head includes a shower stall. With two quarter cabins you sacrifice the shower stall. The galley is good. There is a U-shaped dinette to port with removable seats on centerline. To starboard there is a settee and a small forward facing nav station. I think this main cabin will look really spacious. Forward there is a head with a shower stall and a centerline double berth but only one, smallish hanging locker. The interior finish style has that IKEA look.

The rig is a double-spreader fractional rig with a SA/D of 25.85. This means that you have the horsepower to move the boat well in light air and can carry on without reefing until 20 knots without changing or reducing sails. Face it, nobody likes to reef. There is a track for the self-tacking jib and also jib sheet tracks on the side decks. It’s best to have the option of both of these sheeting arrangements. There is a fixed sprit for the asymmetrical chute. The mainsheet leads to a traveler on the cockpit sole just forward of the wheels. You could argue that this traveler location is not “convenient” but you can’t argue that it’s not efficient. This is a big cockpit with plenty of elbow room for a racing crew. The coamings are designed for comfortable seating outboard while at the wheels.

This is a very versatile boat from a stable that has a very good race record. I’m a bit too old to be much help on a race crew but I’d still like to cruise.  If I cruise I want a boat that is capable of race-boat performance. It’s not fun to go slow and I don’t care how you want to try to justify it. As Bill Lee liked to say, “Fast is fun.” 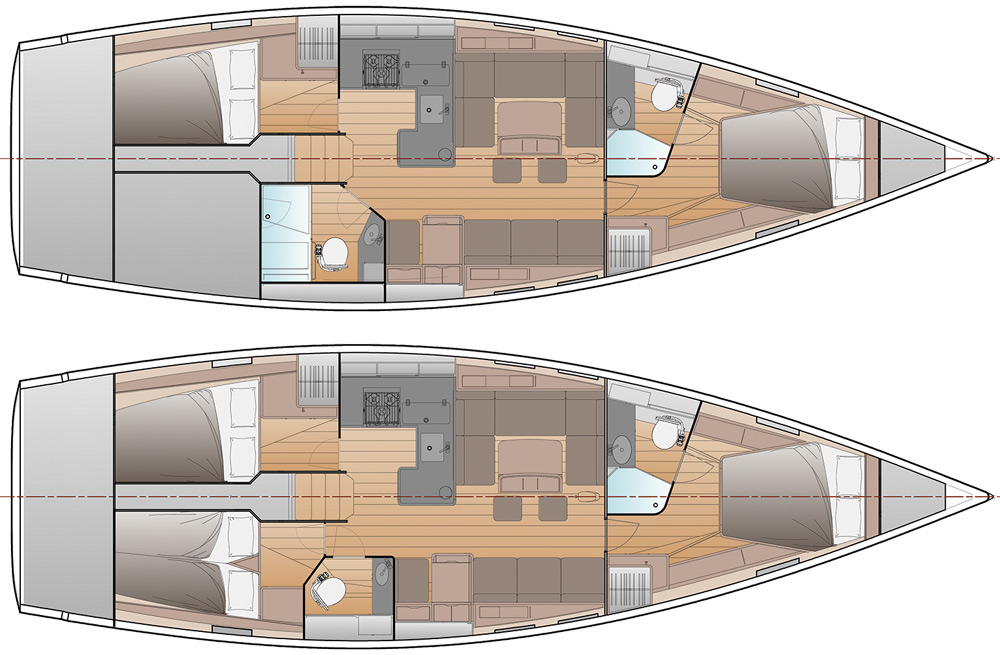