Home . Articles . News . Features . That was then, this is now

That was then, this is now 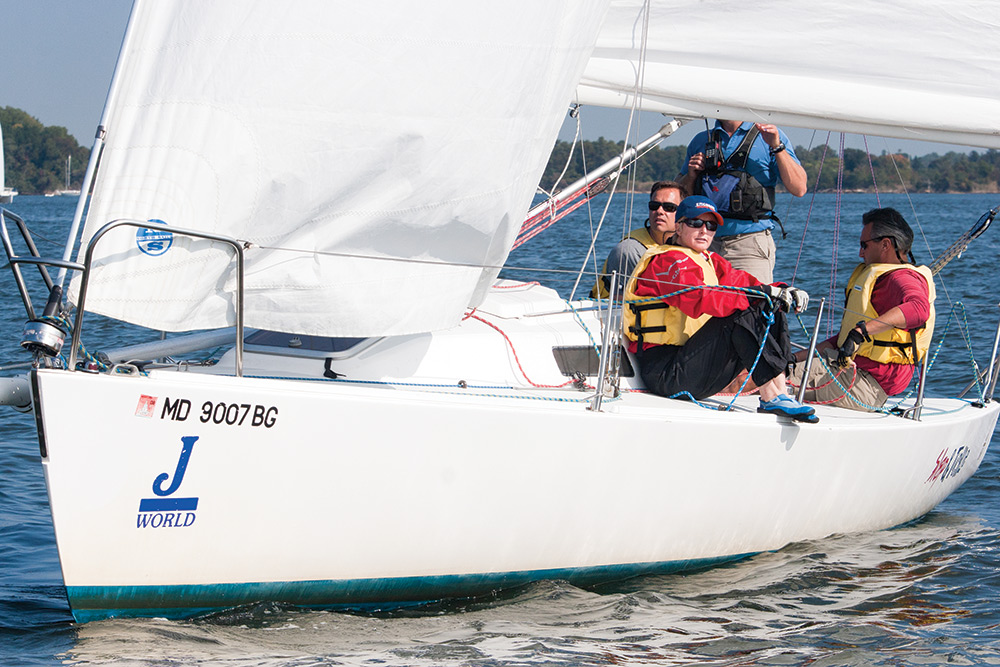 J World offers learn to sail classes and performance-oriented classes
Bob Grieser photo
For half a century, sailing schools have taught people of all ages how to get out on the water. School fleets were often full of aging boats and instructors’ experience could vary dramatically. There was no certification and no universally set standards. We asked some of the owners of the oldest sailing schools in the country what things were like then and what they are like now.

The world of sailing schools has changed quite a bit over the years, said John Alofsin, president of Newport, Rhode Island-based J World Sailing Schools.

“I can attest to that from personal experience,” he said. “I was hired one day, and I was on the water the next day teaching.”

J World, which was founded 31 years ago with just one location, now has schools in Newport, Annapolis, Key West, San Diego, San Francisco and Puerto Vallarta, Mexico. Alofsin says he was a very competent sailor and racer with an abundance of knowledge when he began his instructing career at the school in 1984.

“It certainly took me a while to develop my instructional craft in order to effectively pass that knowledge on,” he said. “Back then, I think the thing that would get you a job at a top school like ours was your experience as a sailor and your sailing resume, not necessarily your teaching skills. Now the emphasis has shifted more toward the teaching aspect. We make sure that all of our coaches are first instructors as well as sailors. The way it was in the old days is long gone, and it’s never coming back.” 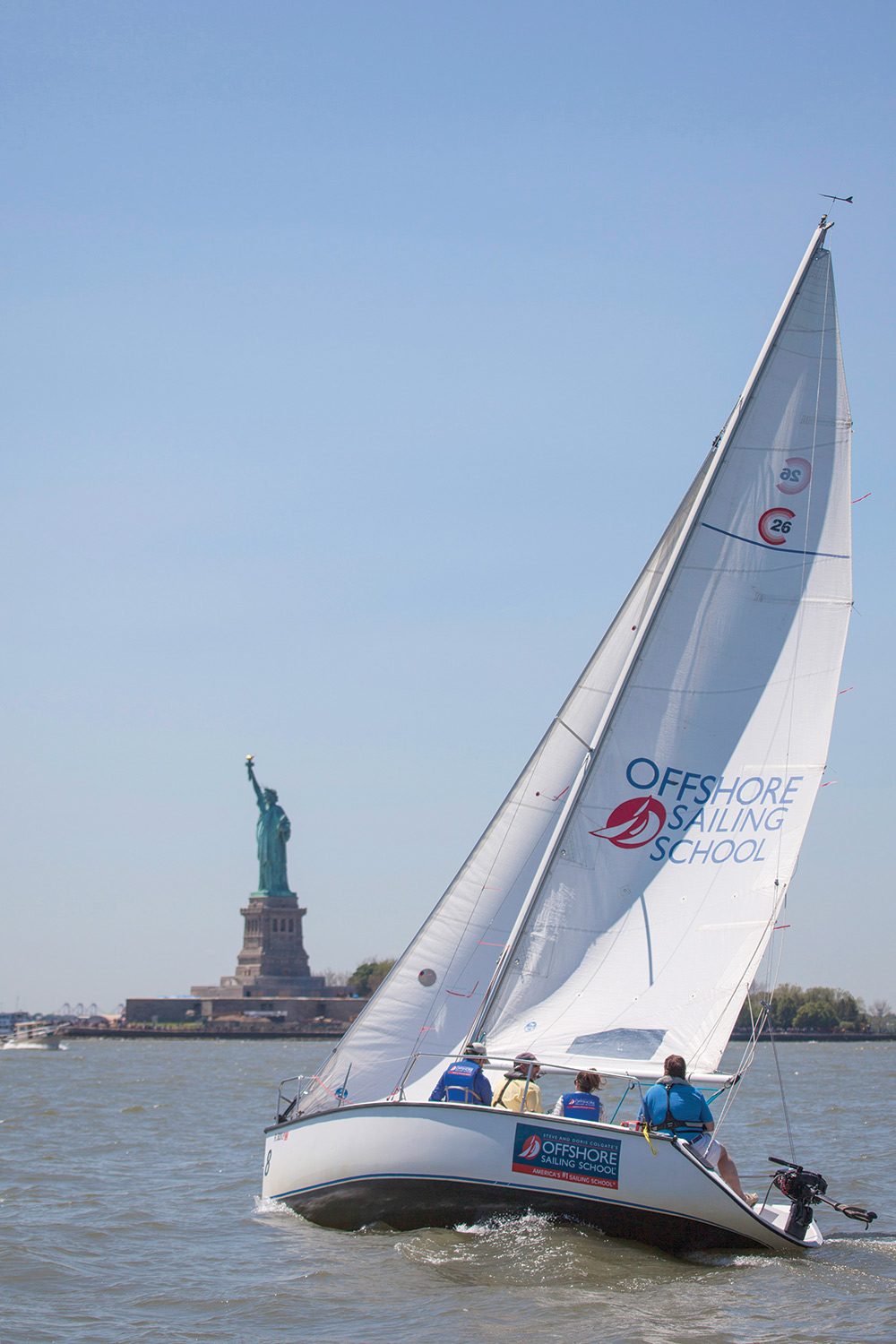 Offshore Sailing School has seven locations and 40 instructors today.
Owners of the oldest school we spoke to, Steve and Doris Colgate trace their sailing school experience back to 1964. Steve founded the Offshore Sailing School that year, and Doris joined him in 1970, when the school consisted of just two boats and two instructors. Today the company has seven locations and 40 instructors. And after five decades of instructing all levels of students, Doris said it still boils down to providing excellent instruction.

“Without great instructors, there is no school. Our instructors are everything,” she said.

Being a good instructor is about more than just calling yourself a captain, Doris said.

“What is important is for our instructors to be supportive, inspiring, reassuring and to have the ability to coach our students to learn more and become better sailors than they thought they could be,” she said.

Barbara Hansen, who cofounded Florida Sailing and Cruising School in Cape Coral, Florida, with her husband Vic in 1984 said that she has noticed a change in the student and her instructors have adapted to that change.

“Boats have become more complicated, and people have become in a way, less skilled,” she said.

Sailboats have more bells and whistles and more complicated systems than they did when they started teaching people to sail,  Barbara said.

“You either have to have a big checkbook, or you need to learn how to take care of a lot of those systems yourself. We try to teach our students not just sailing, but how to cruise on the sailboat. We focus a lot on systems on the boat, how to trouble shoot things and how to manage the systems that make up a cruising sailboat.”

Roger and Marlene Van Dyken founded San Juan Sailing School in 1982 in Bellingham, Washington. Roger, too, said things used to be a little more informal in the sailing school world.

“In the beginning, it was a very ad hoc approach to sailing,” he said. “I loved sailing, and you want to share the things that you love. It started off very informally, and then it got a little more formal, and then it became a little bit of a business. It was not a curriculum, not a national standard, not clinics and not a professional approach. It was simply a sailor who loved sailing trying to impart those skills to other people.” San Juan Sailing School was founded in 1982 in Bellingham, Washington.
The Van Dykens, both trained teachers, struggled a little as their school expanded, and they realized that the capabilities of their instructors were going to have to expand as well in order to meet the demands of their customers.

All schools have their own preparatory schools for would-be instructors, but J World’s Alofsin said instructors there also spend time observing other coaches, taking note of how the experienced coaches teach, how the day should be paced, and how to deal with any issues that arise.

“It’s sort of a residency or internship before they are set free,” he said.

Modern-day sailing schools have set curriculums that often follow guidelines set by one of the two major certifying organizations: the American Sailing Association and US Sailing. This ensures that the certification students earn has merit in other applications such as chartering.

Such guidelines have greatly improved sailing schools in the last 30 years, Roger said.

“The development of standards, the development of a common curriculum, and the effort to establish a national professional organization—the American Sailing Association being one—has all helped,” he said.

But Alofsin cautioned that students should choose a school based on more than the certification it offers.

“The concept of certification has become more prevalent in the industry,” he said. “It didn’t exist when we started more than 30 years ago. Now everybody asks about being certified. It can appear to be the great equalizer, but that is a very slippery slope. In our opinion, you should always choose a school based on its reputation, what it offers, what its product is, and the amount of time spent sailing. The certification should always be a secondary issue.” “Getting certified is a great way for our students to be able to say, ‘Look, I did it.’ But our job is to be certain they can handle just about anything that might arise on the water. So we go beyond the required curriculum and see to it that all of our students are even better equipped than what is called for.”

With the addition of a national certification process, schools are now free to concentrate more on the specific needs of students, Roger said.

“In the last three decades, sailing instruction has become more organized and more efficient,” he said. “The teaching methods have become more adaptable to the learning styles of various students, and yet the essence of it can never be lost. And that is, you teach the magic of sailing. The joy of sailing. The mystery of sailing. It’s like personal relationships; you attract more strongly than you push away. A boat sails into the wind in normal conditions better than the wind can push the boat. There is something mysterious and magical about that, and if students can catch that magic, and they catch that joy, that’s the spirit of sailing.”