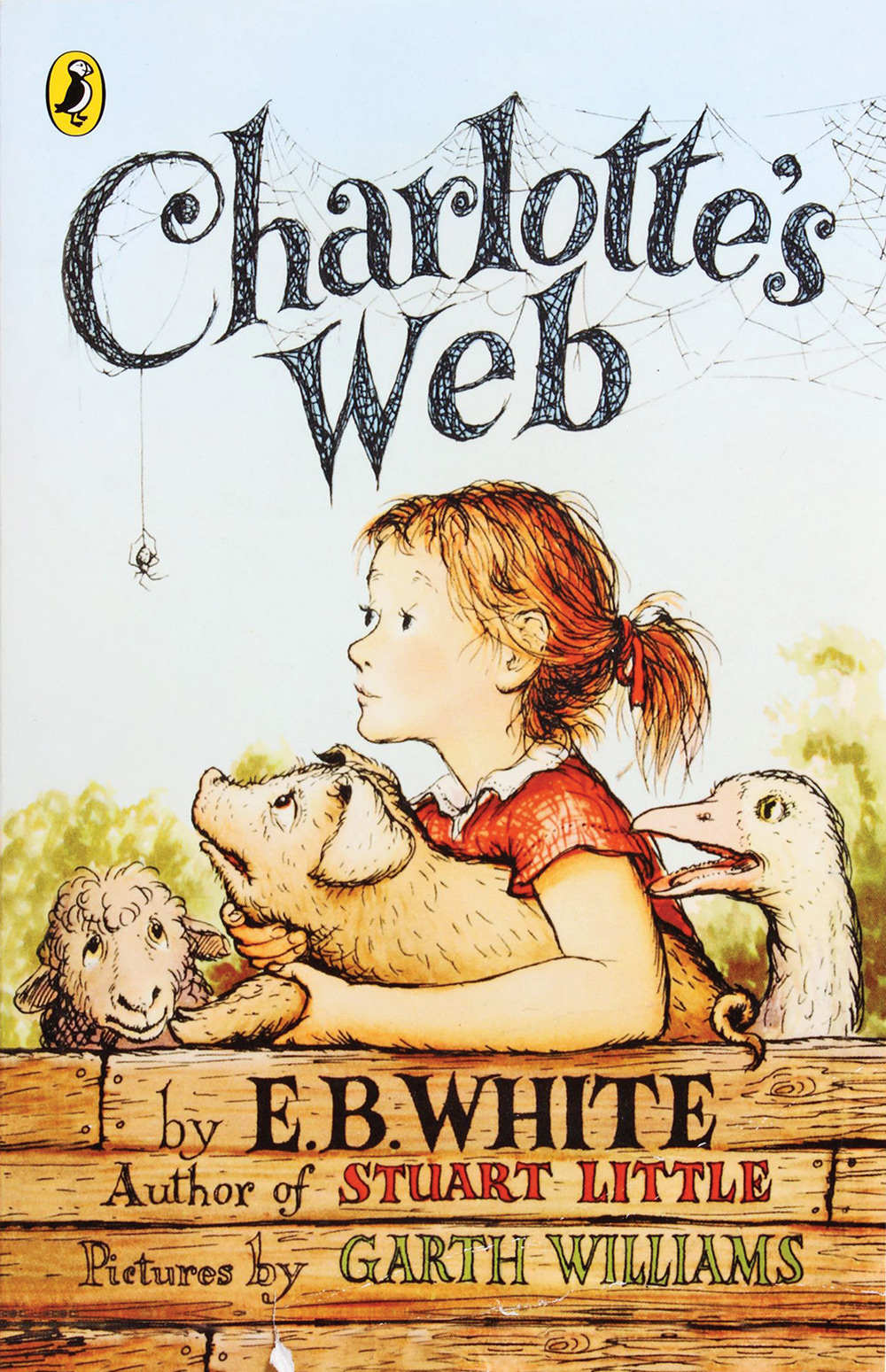 The subject was of particular interest to my grandparents, because Joel had just a few months earlier returned to Brooklin, Maine, and gone to work in a boatyard, intending to try his hand and his freshly minted M.I.T. naval architecture degree. The Whites weren’t sure that such a small town in Maine could support a naval architect and his family, but my father was determined to try.

Fern was trucked to Maine where she was christened and launched in the Benjamin River in Penobscot Bay. My grandmother Katharine smashed the bottle with the practiced swing of an avid baseball fan and my grandfather gave a brief, and for him, exceedingly rare speech. He was never easy with public appearances, but he wrote and delivered a speech for Fern and, years later, did the same for another boat built for him by my father. I had the privilege of attending both launchings and, as a young teen, I smashed the bottle for the second one, a Crocker-designed sloop named for me. My brother and I were toddlers at the time of Fern’s launch and attended in uncharacteristic matching outfits, no doubt supplied by our grandmother, The New Yorker’s fiction editor, just for the occasion.

E. B. White was 63 when he sold Fern. His essay, The Sea and the Wind that Blows, revealed his reasons.

“When does a man quit the sea? How dizzy, how bumbling must he be? Does he quit while he’s ahead, or wait until he’s made some major mistake, like falling overboard or being flattened by an accidental jibe?” It was not long before he was discussing other designs and soon he had commissioned the Brooklin Boat Yard to build a 20-foot sloop with self-tending sails, and Martha’s Tender (built by the dozens, now) was the V-bottomed pram that Joel White designed to go with her.

“Waking or sleeping, I dream of boats, usually of rather small boats under a slight press of sail. When I think of how great a part of my life has been spent dreaming the hours away and how much of this total dream life has concerned small craft, I wonder about the state of my health, for I am told it is not a good sign to be always voyaging into unreality, driven by imaginary breezes.” E.B. White spends time at the shore with his granddaughter, the author, Martha White.
White family photo
Fern was sailed for the next half-century off Isle au Haut, in Penobscot Bay by Dr. Gordon Donaldson and his wife Elizabeth. Their children and grandchildren learned to sail on the steady and seaworthy Fern, competed in The Race, an Isle au Haut tradition where every boat within sight of the Point Lookout dock is eligible and sails the same course around Merchants Island.

“What we want you to know is that your little sloop Fern is still happily providing peaceful sails, transportation to picnics and instruction for the grandchildren here at Isle au Haut,” Elizabeth wrote to my grandfather. “We love her for her sturdiness and her beauty, and it’s surprising how often people remark upon her unique design.”

My father’s own first boat was not Fern, but a scow called Flounder that he built with my grandfather from plans in the American Boys Handy Book. He was 10 and it was the boat that launched a thousand ships, first my father’s many designs, including the W-76, Bridges Point 24, Dragonera, Nutshell pram, and later my brother’s many designs that still come from the Brooklin Boat Yard, including Vortex, Wild Horses, Isobel, Bequia and Sonny.

It could be said that we are a boatbuilding family. At about the same time my father started Brooklin Boat Yard, my father-in-law Luke Allen started Rockport Marine Inc., which my husband Taylor Allen continued to run, launching Joel White’s design White Wings and other designs such as Spirit of Bermuda and Adventuress. Before Taylor decided whether to follow that path, he spent a year working for my father, which helped seal the deal. Most recently, our son has come onboard as project manager for Arabesque.

As my grandfather’s cruising days were coming to an end, my father’s were just beginning. The Brooklin Boat Yard was established enough for my father to slip away occasionally. He knew what he wanted in a cruising boat, having admired K. Aage Nielsen’s Northern Crown. When he found her for sale in Maine, in 1972, he didn’t hesitate to snatch her up. She had been the first Aage Walsted-built Nielsen design, and the second was Fern. My mother and brothers and I joined him for summer cruises and my father later ventured as far as Grand Manan, the Bras d’or Lakes in Nova Scotia, and to Bermuda, cruises that are chronicled in Bill Mayher and Maynard Bray’s book Joel White, Boatbuilder Designer Sailor.

When Joel began downsizing, in the early 1990s, he sold Northern Crown to my husband and me. Two of our children were still in diapers, so it was both a logical move and a leap of faith. Being a boatbuilder, the first thing my husband did was drop the bottom out of the boat and pour a new lead keel. My father visited frequently to see the project.

Our children are grown now, but they return home for the annual Eggemoggin Reach Regatta, run annually by Brooklin Boat Yard and Rockport Marine. We had to enlarge the dinner table and the fleet. My brother-in-law Ben Allen and his family purchased the 43-foot K. Aage Nielsen-designed Star Song. In a curious twist of fate last year, we found Fern stored in Brooklin, at a small boatshop run by Eric Dow. We were able to purchase her from her second owners, the Donaldsons, who were doing their own downsizing and seemed happy to have her return to her roots and to a boatyard that would restore her.

With the return of Fern came the opportunity to do a thorough restoration and have a little fun. New work included a new plank keel and forefoot, all new floor timbers except those few in both ends of the boat, new frame ends from the main bulkhead aft to the inside stuffing box and new bottom planking. All the plank ends in the rabbet were refastened and all the butt blocks aft of the bulkhead were replaced. A new propeller shaft tube was fitted through the stern post and the prop shaft bearings and U-joint were fitted. Next came a new main bulkhead, a 1/8-inch layer of plywood epoxy glued over the deck and a Dynel and epoxy covering over the plywood. A new maststep was built, as well as a new locust tiller. The new rudder was made with mahogany plywood. New coamings, rubrails, toerails and rudder cheeks were also of mahogany, while the cockpit sole and cockpit seats were made of teak. The existing sails were good, but a decision was made to build a new mast and spars, and our machine shop produced some exquisite bronze hardware.

With three K. Aage Nielsen boats in the family, plus others stored in our yard, including Snow Star and Fern’s recently restored sisterships Tivoli and Primrose, it’s only natural to start dreaming about a K. Aage Nielsen rendezvous. In addition, Rockport Marine was recently honored to have been granted permission from the Nielsen family to build new boats from his original designs, so we have bigger dreams, should the right owner come along.

In 1929, my grandfather wrote “Natural History,” a love poem to my grandmother, and it included these final lines:

Thus I, gone forth, as spiders do,

In spider’s web a truth discerning

Attach one silken strand to you

For just over half a century, Fern had gone forth and then, fortuitously, come back into the family, so we had Rockport Marine’s carver attach one silken strand to her dropboards, to signal her returning. 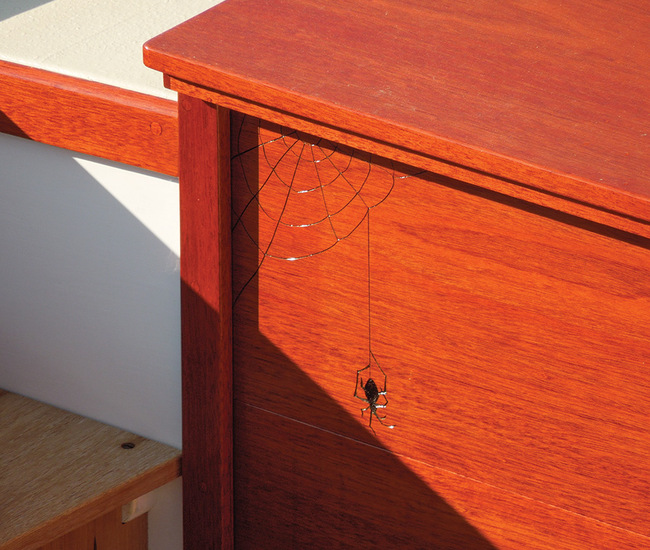