Basics knots, like a bowline or Figure 8, are the foundation of sailboat knots and have been since the beginning of time. These knots are used to terminate control lines, prevent the loss of lines and perform other important tasks. Lesser known “fancy knots,” such as monkey’s fists or different braids, can be useful or just nice to have around from a decorative perspective. Fancy knotwork can be a lifelong pursuit, getting as complex as you like, but there are a few knots that are easy to learn and are still useful. And practicing these less-than-everyday knots can up your knot-tying game.

The monkey’s fist is an ancient knot that solves the problem of needing a heavy end on a line to allow it to be thrown, or more correctly, heaved more easily. Traditionally a rock or piece of lead would be added to a knot at the end of line, turning it into weapon. But unless a weapon is your goal, and a potentially lethal one at that, a wooden ball or a golf ball would be a more appropriate weight for most uses.

A second useful knot is a flat braid, sometimes called a Solomon’s bar knot. It can be used as a zipper pull, a pull on a snap shackle or a keychain. The braid is closed on one end and has a loop on the other. This is the braid used between two buckles in “survival bracelets,” which hold between 15 and 20 feet of paracord for backcountry survival pursuits.

When learning to tie new knots it’s nice to have an easy to use, fairly cheap cordage to practice with. Paracord 550 fits the bill, this is a 3/16-inch nylon cordage with a tightly braided cover and an unbraided core. The 550 part of the name states a 550-pound tensile strength. It comes in a rainbow of solid colors and several patterns. 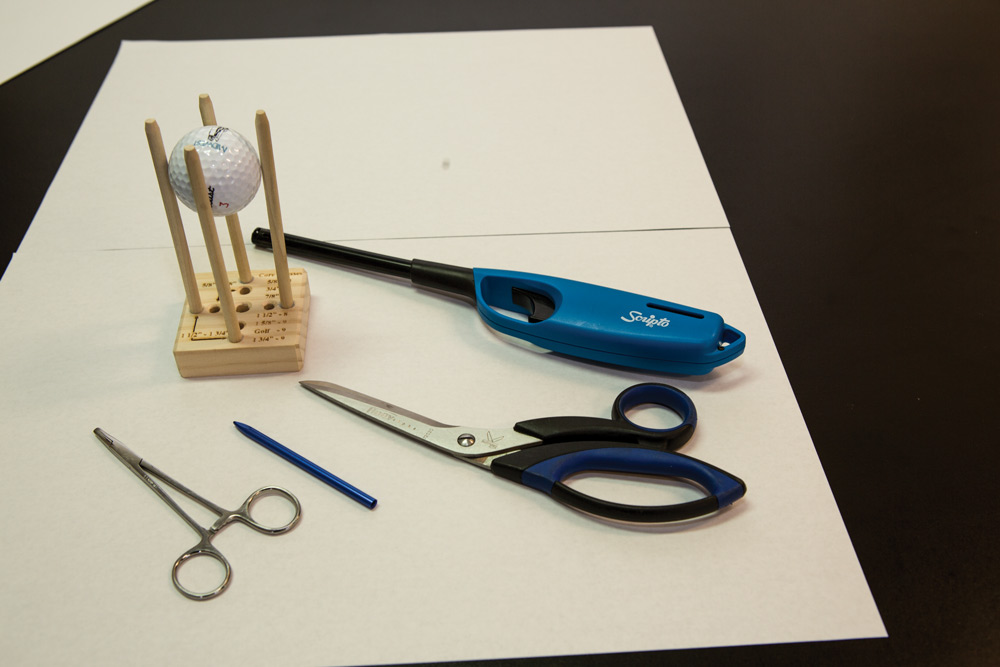 Tools that will make these knot projects easier are (clockwise from lower left): a hemostat or something else to help feed line, a wood jig, lighter for melting line ends, scissors and a small fid.

Basic tools that you’ll need to make either of these knots include a sharp scissors to cut the paracord and a lighter to melt the ends. For some knots a paracord fid is useful to allow passing paracord through tight spaces. Finally a pair of hemostats or a long nose pliers is handy for pulling the paracord tight.

If you are interested in making monkey’s fists, a jig is a nice addition. This is just four upright dowels that you drop your weight into that holds it all together as you form the knot. You can do them freehand, but it is much easier to use a jig. If you have basic woodworking skills you can make your own, but smaller ones are readily available on Amazon or eBay for $10 to $20.

This monkey’s fist uses a golf ball as a weight, but you can adjust the size and the weight of the monkey’s fist by using a different object to build the knot around. A marble could work for the smallest monkey’s fist, perhaps for a keychain, or a tennis ball could work for a larger one. Adjust the size of the line accordingly. These knots can be made without a jig by wrapping the line around your index and middle fingers, but it’s much easier with one and they are not difficult to make. 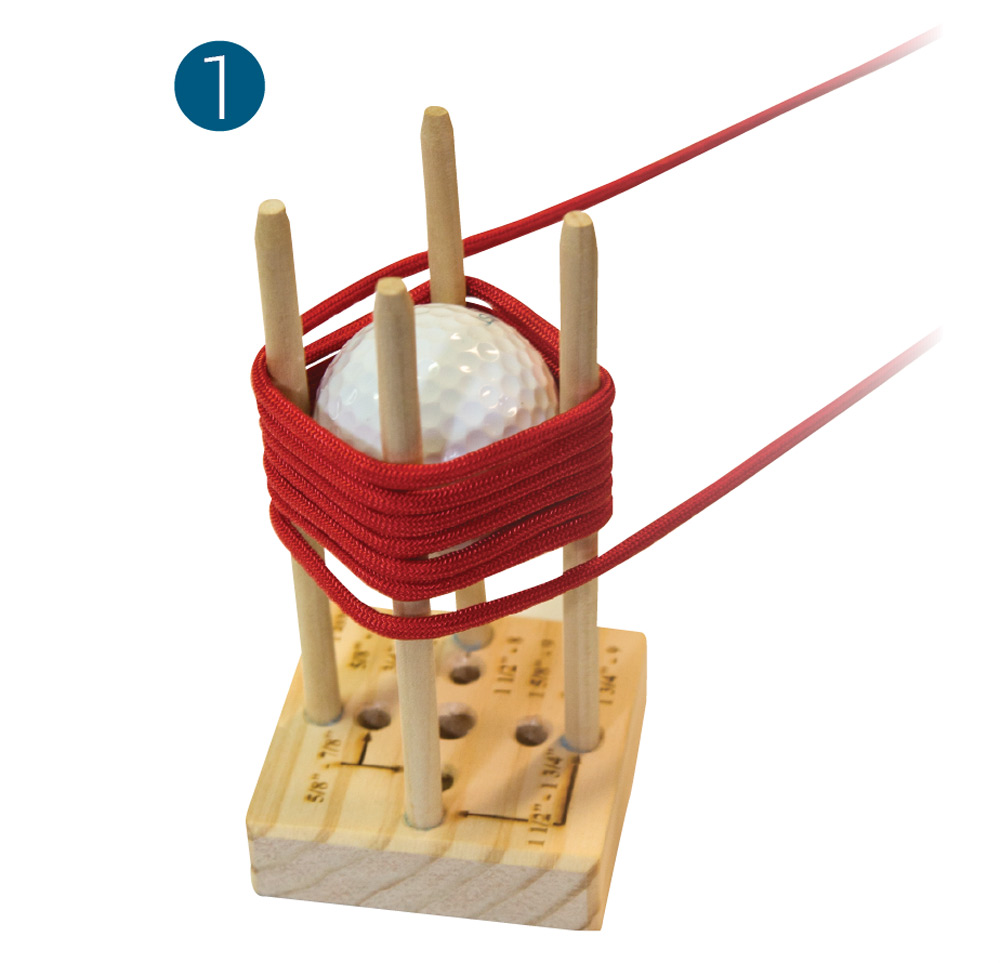 2. Take seven turns vertically around just the ball, going between the dowels. 3. Take your last set of seven turns vertically around the ball, between the dowels, but inside the previous set of turns. You’ll need a fid, hemostat or similar tool to pull the turns through the tight space. 4. Slide the monkey’s fist carefully off the jig. 5. Draw up the knot carefully, gradually pulling each turn tight and following it around the knot. It will take three or four times of gradual tightening to pull the whole knot up tight. If you only want one suspension line, trim and melt the short end and tuck it back into the body.