Home . Articles . News . Technique . How to deploy a sentinel anchor

How to deploy a sentinel anchor

Menacing clouds and increasing wind announced that a powerful storm was about to cross over the British Virgin Islands. We were tucked into outlying Anegada, the area’s flattest and most unprotected anchorage. We quickly deployed a sentinel anchor and kellet. During the storm, other sailors shouted and cursed in the dark, revving their boat’s engines when their anchors dragged and broke loose. We fended them off with boat hooks, fenders and cushioning the intruders with our inflatable dinghy because we didn’t move thanks to the sentinel. 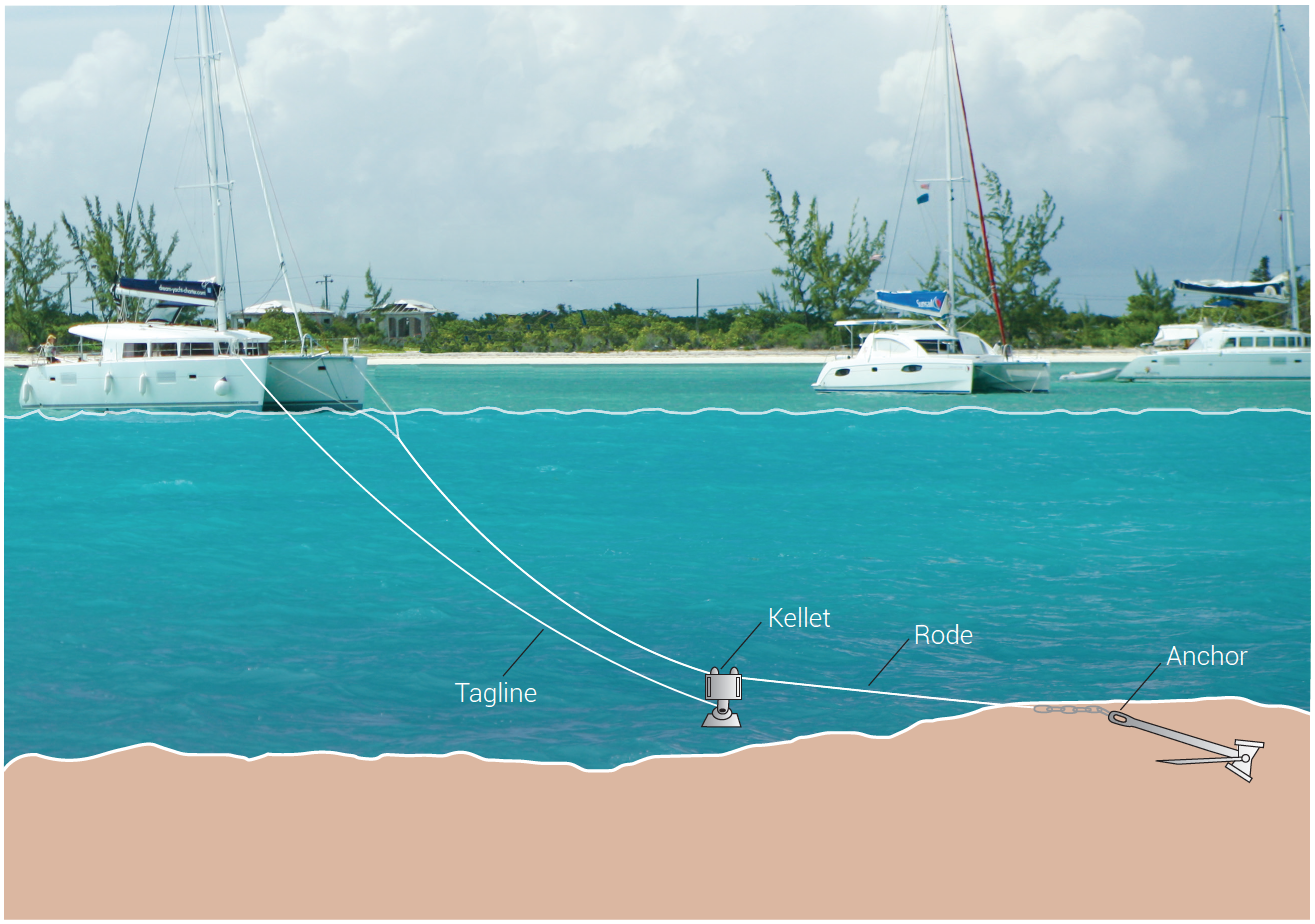 The angle of the dangle

The word sentinel is often defined simply as “a soldier or guard whose job is to stand and keep watch.”  In sailing terms, a sentinel is a device used to reduce the angle of the anchor rode as it extends from boat to sea bottom. That angle is important, especially if the amount of scope is insufficient. The steeper the angle, the more likely the anchor shaft will lift allowing the tines to pull free, especially if the hook has been improperly set to begin with.

In many instances, letting out more line to increase the scope will solve the problem of a challenged, tentative hold. As a rule, long lines provide greater security than short ones, and most sailors agree adding scope is the best solution. But what happens if there’s no room to pay out more line? Perhaps your boat is already anchored too close to shore or shoals, or maybe you’re in a crowded anchorage with boats all around. The sentinel or so-called “anchor angel” may very well be your best friend.

A sentinel is nothing more than a separate line with a weight attached, and rigged in a way so that the heavy object known as a kellet can be shimmied at least half way down the length of the anchor rode. A century ago, the kellet was typically a huge piece of lead or iron fitted with a ringbolt, which made it capable of sliding up and down along the ship’s thick anchor chain, controlled from the bow by a tagline.

These days, sailors might not have a ringbolt on board, but commercial sentinels are available from several manufacturers. They range in price from $70 to $200. Among them are the Kiwi Anchor Rider and ABI Hardware’s Anchor Rode Rider.

For the average sailor, screw-gate carabiners are often used to fashion an emergency sentinel. A set of $10 carabiners should work fine if attached to the inflatable dinghy’s mushroom anchor or other weighty object and then clipped onto the boat’s anchor rode. Then attach a tag line to the kellet, and lower the weight down the anchor rode until it’s more than halfway to the anchor but not resting on the bottom. Cleat the tag line, which will be used to raise the kellet before raising the anchor.

Sailors using carabiners should keep in mind there’s always the possibility the kellet might get hung up during its descent if the anchor rode is made from two different diameter chains joined by a shackle, or a combination chain-and-nylon line anchor rode that requires an eye splice at the junction. Either setup could prevent the carabiner from moving the kellet farther downward along the anchor line, and thereby decrease the effectiveness of the sentinel.

To fully appreciate a sentinel, it’s important to understand what it accomplishes. First, it will improve the angle of your anchor rode by pushing it downward so the anchor can gain holding power. It does this by putting a sag in the anchor rode. Secondly, it will add shock absorption. Sounds complicated, but it’s not.

The boat’s movements caused by high winds and seas can jerk the anchor’s tines out of the sea bottom. To reduce that possibility, you need to dampen the shock load. A 25-pound kellet can bend the arc of an anchor rode so that it doesn’t tug directly on the boat’s bow in a straight line. That’s one reason an all-chain anchor rode is more effective than a chain-to-rope setup—the weight of the chain creates its own dampening because it tends to sag in the middle. It takes a lot of energy to straighten out a length of heavy chain. But not every boat is designed to hold 300 feet of chain in the bow.

The impact resulting from the curvature of the anchor rode is known as the catenary effect. First implemented in the 1600s, the theory provides a measurement scale for anchor chain angles. Zero is the best rating, which means the anchor chain is literally lying on the ocean floor. As weather conditions worsen and the boat strains, it begins to lift the anchor chain, eventually straightening it. When that happens, the anchor can pull loose and the boat begins to drag or drift. Attaching a rubber snubber to an all-chain anchor rode can act like a shock absorber and improve the catenary effect. Another tactic involves adding nylon line known for its elasticity or stretch. The line can be fashioned into a bridle with a chain hook in the middle. The ends of the line are cleated off to the bow—port and starboard —while the hook grabs the anchor rode, distributing the load. This system works well with catamarans.

To kellet or not to kellet

Not all sailors agree about the value of a sentinel anchor. Some favor what has been dubbed the anti-kellet approach. That strategy depends on tethering a large mooring buoy to the anchor rode about halfway down the length so it will exert upward rather than downward force as waves roll through. Many commercial fishing boats carry a spare mooring buoy for this purpose. According to Chapman Piloting, “the buoy carries the vertical hold in the anchoring system and limits the basic load on the boat to that required to hold the boat in position. The buoy permits the boat’s bow to rise up easily over wave crests, rather than being pulled down into them, increasing the loads on both anchor and rode.”

As we learned on Anegada, the kellet can pull the boat’s bow down, causing waves to wash over the deck. But that was a far better fate than what our neighbors were experiencing. Our jury-rigged sentinel relied on the dinghy’s plastic-coated mushroom anchor and a dive belt packed with 30 pounds of lead. Both were clipped onto the anchor rode using two screw-gate carabiners.

A glance at online sailing forums unveils a plethora of kellet ideas, ranging from cast iron frying pans stuffed into a ditch bag to window sash weights bundled with plastic cable ties to beer cans filled with lead. Anti-kellet theorists also point out a sentinel with kellet can badly chafe a nylon anchor rode as it moves back and forth.

On the plus side, many sailors remain convinced a  kellet can help keep a boat from sailing at anchor and prevent a rope or chain rode from wrapping around the keel or rudder. They also emphasize that by reducing the tension-straightened angle of a nylon anchor rode, the chance of its being severed by a passing propeller in the dark is greatly decreased.

When time comes to retrieve the sentinel, if no crew muscle is available, a snatch block works wonders shackled on the bow. The bottom line is that experts say a 25- to 30-pound kellet deployed as a sentinel on a 40-foot boat should double the efficiency of its anchor.