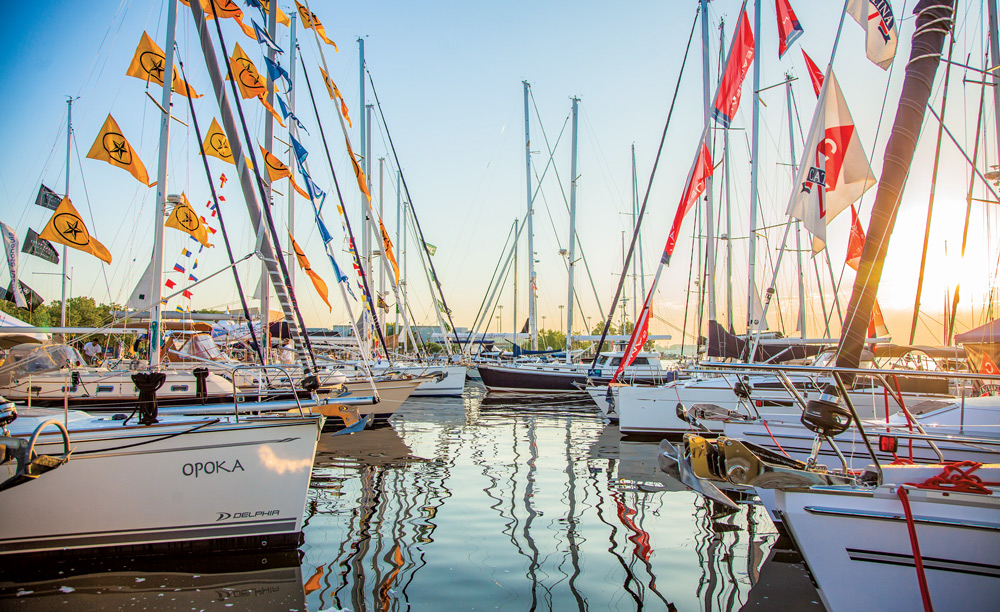 A growing trend suggests more sailors are opting for joint sailboat ownership. Painted in broad strokes, the concept seems relatively simple: if two people own the boat, it translates to half the cost and half the work for each. It also increases the likelihood of having someone to sail with on a regular basis.

While such an arrangement may function flawlessly for some partners, others fear hidden pitfalls may come back to haunt them.

It’s important to take a look at why people might consider joint ownership. Very often lack of boat use, costly maintenance and overall unjustifiable expenses for dockage, storage or insurance, are among the top reasons. It’s no secret that boats, airplanes and vacation homes often go unused for long periods of time.

Four years ago, longtime friends Adam Dexter and Zack Liscio, both 32, jointly bought a Cal 25-2 that they sail on San Francisco Bay.

“Co-owning a boat has been great: It’s half the cost, half the maintenance, and you always have someone to sail with,” said Liscio who, like many millennials (those born between 1981 and 1996), embraces the benefits of sharing over independent ownership, particularly for big-ticket items.

“The tricky part is making sure you plan for all the unglamorous parts of co-ownership, like unanticipated maintenance needs, or dealing with conflicting opinions on usage, upkeep, or future investment. Ultimately, I can’t imagine co-owning with someone I didn’t trust deeply,” he said.

Dexter advised having a clear and mutually agreed-upon set of rules for determining which partner gets to use the boat and when.

“I was surprised that we rarely wanted to use the boat at the same time unless it was when we planned on using it together. That said, in our case we’ve had fairly flexible schedules, but if all owning partners have regular work schedules, then I could see the weekend days becoming precious,” he said.

Although there is no hard evidence that millennials are co-purchasing sailboats at an increasing rate, marine industry analysts contend the cultural shift to a sharing economy could lead to more joint partnerships. Three sailboats in berths adjacent to Liscio and Dexter’s Cal 25-2 at the San Francisco Marina are co-owned.

Several aspects of boat ownership vary widely from person to person. That’s not a problem when there is a single owner, but some of these items should be addressed before you jump in to boat ownership together. Common ground is key.

San Francisco Bay sailor Charles Peavey witnessed how a difference in partner styles can be challenging. “I have had close sailing friends who bought a boat jointly. They are friends no longer,” he said. “The problem was maintenance. One would come in from a day on the water and spit shine the boat. It was pristine. The other would just do the minimum and rush off to the party after sailing. After two years of constant bickering, the neater of the two bought out the other one.”

Sailors who opt for joint boat ownership should give serious consideration to forging a written agreement. Such a document would detail responsibilities for making payments, presuming the boat was purchased with a loan. It would also spell out in legal terms how to proceed if one owner carelessly damages the boat, or breaks or loses equipment. The latter can range from losing a boathook, handheld VHF radio or winch handle overboard, to a carelessly fouled $600 CQR anchor that now resides on the bottom of the sea. The provision would also address damage caused by running aground or colliding with another vessel. Although boat insurance would probably cover such damage, if the policy has a deductible, the joint-ownership contract might stipulate that the partner responsible pays for that portion of the claim.

Since boat ownership and potential damage can be costly, having the written agreement prepared by an attorney could prove a wise decision.

“I never co-owned a boat before and never will, but I had several friends who did,” said one owner who prefers to be the sole owner of a boat. “Some relationships worked, but others didn’t. The ones that didn’t were always related to money some way or another. Something would break while one owner was on the boat and the other felt they shouldn’t have to pay because they weren’t there.”

Michael Petrie from Dana Point, California, has owned five different boats during his lifetime, but only one with a partner.

“Even though we were friends, we had a written contract in case of any disagreements. Still, it did not go so well. Felt almost like two guys sharing a girlfriend. Not a good situation,” he said.

Co-owners should also have an agreed-upon plan for what happens when it’s time for the partnership to be over. Although both partners may be brimming with enthusiasm when the joint ownership is brand new, interest in sailing could wane sooner than expected for one co-owner. If that person wants to sell his or her half, rules or guidelines should be in place to smooth the process. Otherwise, imagine the complications that might arise if one co-owner simply stops paying their share of the loan, insurance, dock fees, or fuel charges?

Stephen Brook from Portsmouth, England, advised that any joint ownership be bound by a contract. “If you get on and can agree, it works out well. Make sure there’s a good contract in place,” he said.

The joint-ownership plan didn’t work out in the long run for Rod Flood of Queensland, Australia.

“I bought a sailboat with three mates in our early 20s and it was fantastic doing twilight and club racing. Then they all slowly got married and busy and sold out and I owned it on my own for a while, but the same three guys turned up every Saturday to race, while I carried the cost,” he said. “It wasn’t fair in the end. I couldn’t afford it on my own so I sold.”

Sailors who appreciate the value of a written joint-ownership contract are usually tuned to the hassles that can arise if one co-owner dies.

Larry Olsen from Vancouver, Canada, signed into a five-year partnership on a 50-foot Beneteau.

“It worked great. Real success was based on an airtight initial contract that covered everything, including not being ‘petty’ on expenses. If money needs to be spent, it’s fine. Most important was an absolute agreement that the deal was for five years and no one other than the owners could use the boat without the owner on board. Additionally, if one owner died, their family or estate would continue with all expenses until the end of the five-year term even though they could not use the boat. Neither of us wanted a new partner as that is a huge negative. We sold the boat at the end of five years as one partner wanted out. I would do this again in a minute,” Olsen said.

Others concurred with Olsen. “The boat was tied up in probate for years, with beneficiaries fighting over the boat and terms,” said a sailor who experienced the situation involving the death of a co-owner. “Covering this in the original agreement will make it easier for the surviving spouse.”

Ned Nissly of Pennsylvania strongly suggested having a binding contract, a partnership agreement in which the boat is titled as a limited liability corporation. In such an arrangement, the boat owners would be members with vested rights.

While joint ownership may be on the rise, sailboat ownership in general has undergone a sea change over the past two decades.

UK sailor Keith Hedges is among those who believe in joint ownership.

“I’ve had three successful joint-ownerships. It can work for some people. The main thing is to understand that it is sharing, it’s not owning your own boat,” he said. “And by the way, it’s a lot cheaper than owning your own boat. We used to divide the cost by four. Now that I own my own boat, I pay all costs. It’s just arithmetic.”