There is no getting around it: If you're going to sail you have to know how to tie knots. Many sailors learn how to tie the basics as children or almost simultaneously with their first sail. But the list of knots that are useful onboard goes well beyond bowlines, clove hitches and figure eights.

When you're ready to expand your knot-tying repertoire, here are a handful of intermediate and advanced knots you'll find useful when sailing. 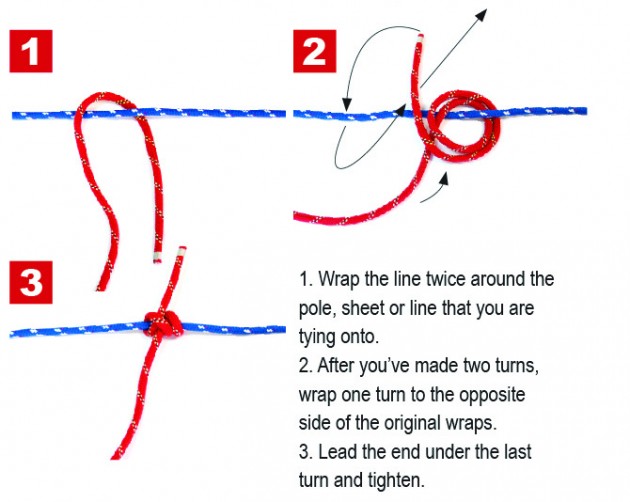 Rolling hitches can get sailors out of a bad situation and therefore deserve to be in the sailor's knot-tying arsenal. One of the most common uses for a rolling hitch is fixing an override on a winch. By tying a rolling hitch on the seized line before the winch, and taking up the load on another winch, you can release the pressure on the override and clear it. Rolling hitches slide one way and lock when pulled the other way. 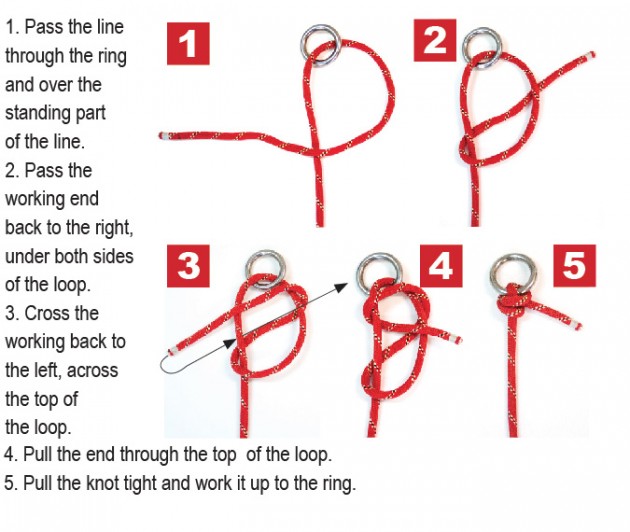 The buntline hitch is especially good for high-tech lines that can be difficult to keep a knot in. Use it to attach a line to a shackle or ring. It's especially good because it won't loosen up even if a sail to which it is attached is flogging. By the same measure, that also makes it a very difficult knot to remove after it has been subjected to a lot of strain. It shouldn't be considered a temporary knot. 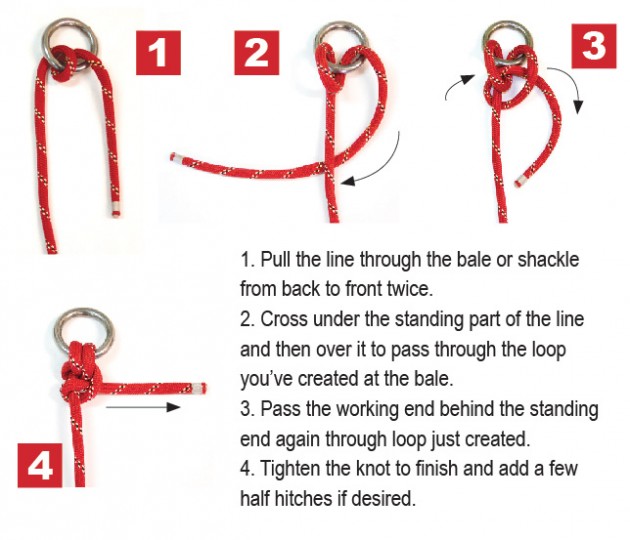 This knot, which is easy to untie, is useful for tying a line to an anchor or buoy. It can loosen when not under load so a couple half hitches at the end can help prevent accidental untying.

Bowline on a bight 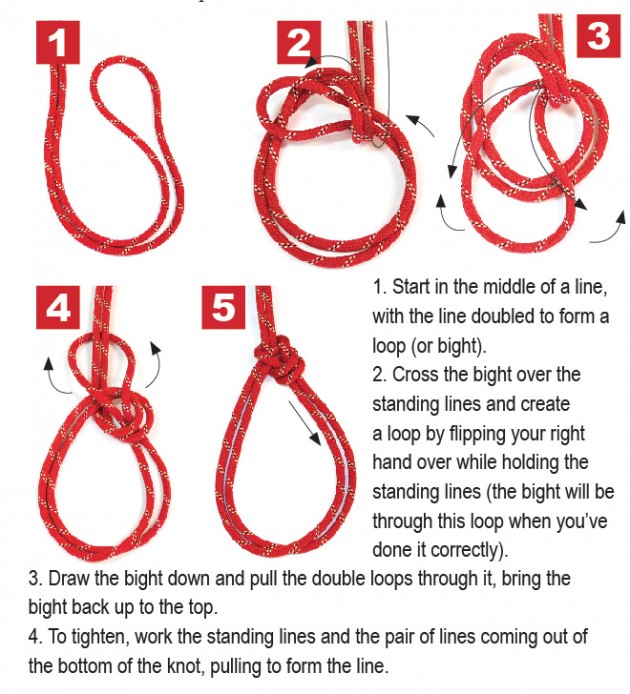 The beloved bowline has some shortcomings, including that it has to be tied near the end of a line. The bowline on a bight allows you to tie the knot in the middle of a line but still easily untie the knot regardless of how much strain it's been under. Because it makes two identical loops, it can be used as an emergency bosun's chair and is, in fact, a popular knot with climbers. It also makes a good foothold. The trick to tying the knot is a "flip" made with your right hand to create a loop.