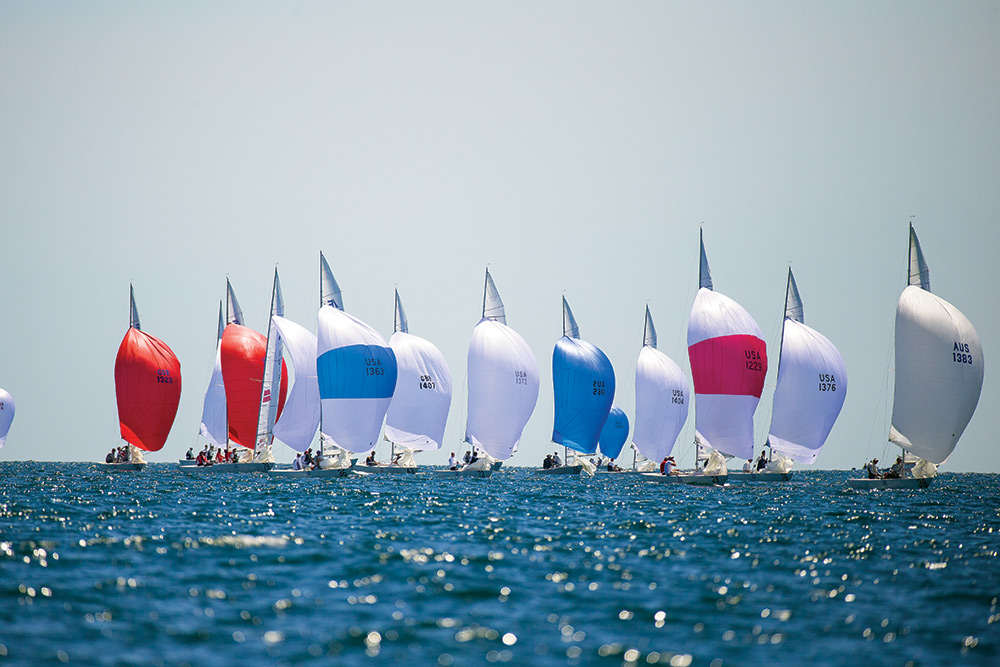 With nearly 100 boats registered, the world championship starting line consisted of three race committee boats—port end, midline and starboard end. On Day Three, a lack of wind postponed racing for several hours. Squalls and drenching rain crossed over the course, but the crews held fast, tacking within sight of the starting line as they awaited the much-anticipated authorization from race officer Tom Duggan to begin the races. It was after 4 p.m. when Duggan finally gave the OK, and the first and only race of the day got underway. The late start caused the cancellation of the planned Legends event in the lawn tent at the yacht club, where Bertrand and other renowned sailors were slated to receive honors. 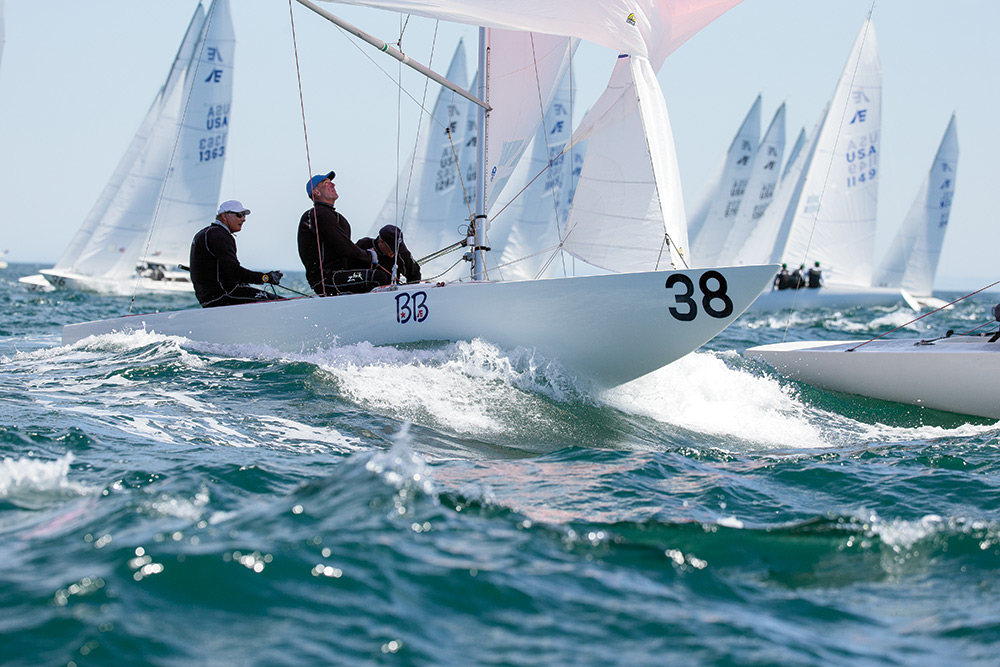 The enduring Etchells class draws world-class skippers like America's Cup-winning John Bertrand.
Sharon Green
Bertrand, who had not visited Newport since his history-making America’s Cup win, was on board Triad with crew Grant Simmer, Team USA Oracle Racing general manager who was tactical navigator for Bertrand in 1983, and Andrew Palfrey, who represented Australia in the Star Class at the 2008 Olympic Games. On the first day of racing, Bertrand’s team was in fourth place. Two-time Etchells Worlds Champion Bill Hardesty of San Diego was in first place, followed by Ante Razmilovic’s team aboard Swedish Blue. Defending world champion Marvin Beckmann of Houston aboard The Martian was in third.

When the final results were tallied after the last day of racing, Hardesty was still on top with his crew of Taylor Canfield, Stephanie Roble and Marcus Eagan. It was Hardesty’s third Etchells World Championship title. He previously won in 2008 and 2011. Razmilovic, with crew Chris Larson and Stuart Finn, held on to second place. Beckmann with crew Steve Hunt and Ezra Culver, maintained third. Back at the dock, several skippers were holding impromptu strategy meetings focused on the next Etchells Worlds and what they might do to ensure a win at the next world championship to be held at the Royal Hong Kong Yacht Club.