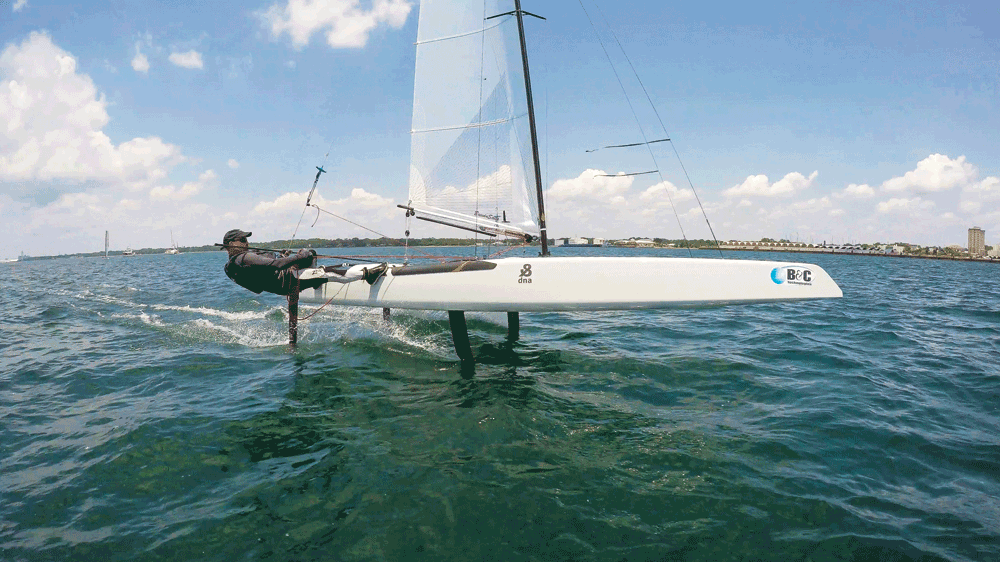 The crash may not have been heard by all the competitors as the two A-Class catamarans collided at the windward mark on the first day of racing, but by the time the boats hit the beach, every sailor in the fleet was ready to help repair the damage.

It’s clear to even a casual observer that there’s something special about the people in the singlehanded A-Cat class. During a break in the action at the class’s North American Championship in Panama City, Florida, the St. Andrews Bay Yacht Club lawn was crowded with sailors helping patch up the boats damaged in the collision earlier in the day.

No sooner had one sailor said, “Hey, I need a longer bolt,” than three different competitors opened their gear boxes to help him find the right one. No one talked about how much a titanium bolt cost or even considered asking for anything in return. And the cooperation goes beyond sharing materials and equipment.

May’s North American Championship drew more than 40 sailors, who were attracted to the class and the boats for a number of reasons. Some have come for the challenge of pitting their skills on the water against their peers. Others have come for the community of sailors who love these boats and sharing their knowledge both on and off the water. “One of the most incredible things about our fleet is the openness in sharing ideas, speed secrets and techniques with each other,” said Bailey White, A-Class president.

“If you’re not having fun here, you don’t know how to have fun,” said regatta winner Matt Struble.