It began with a dream of sailing bluewater. In 2008, Philip Kersten, owner of the 1978 Alden 44 sloop Tioga, assembled a rookie crew to sail from Nahant, Massachusetts, just north of Boston, to Bermuda, a distance of nearly 700 miles. All six of us aboard were sailors, albeit in lakes, rivers or coastal ocean, but lacked any 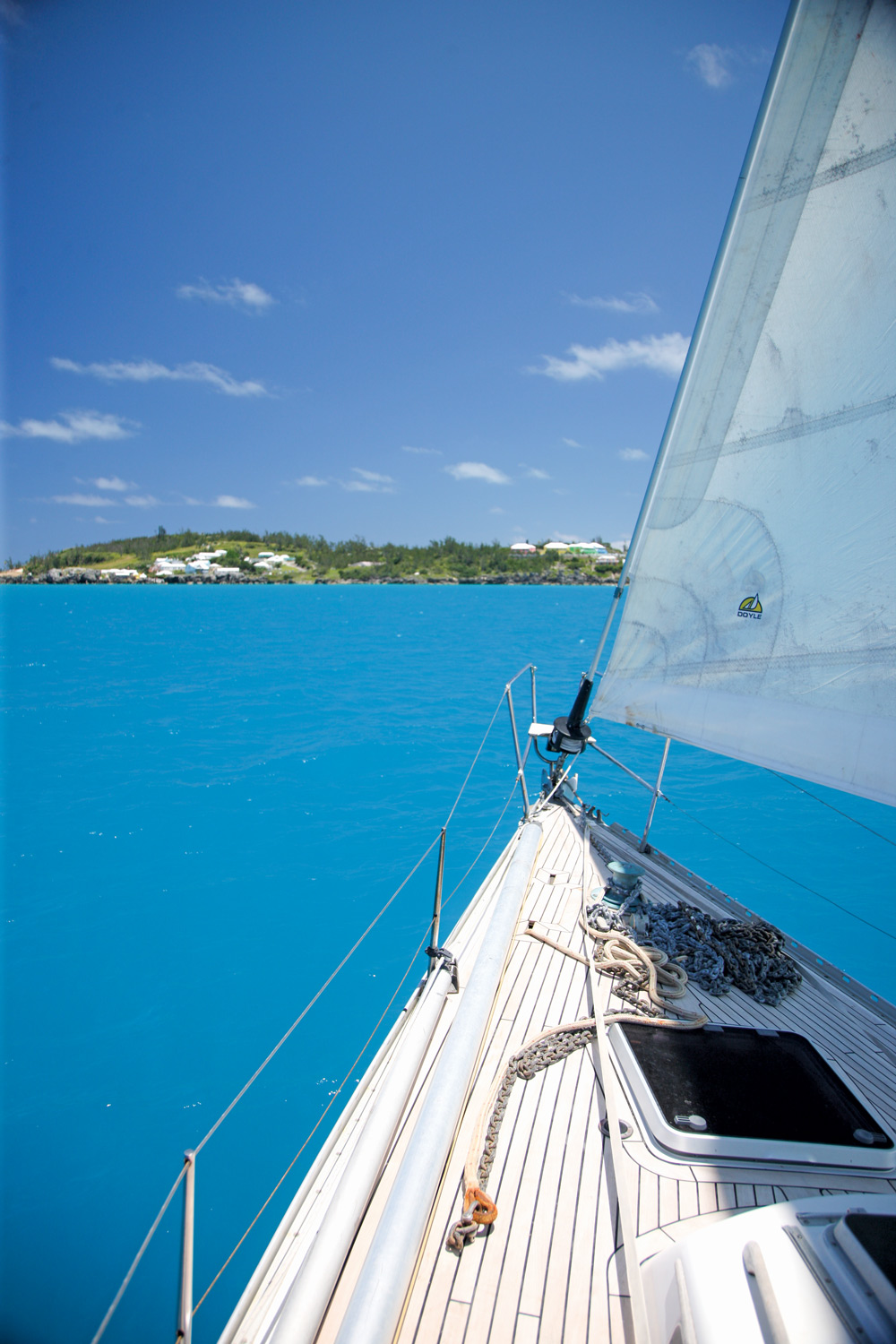 experience crossing wide expanses of open sea. The trip introduced us to the Gulf Stream, to the wonders of whales and dolphins swimming alongside the boat, and perhaps most importantly, the ability to work as a team day and night in all sorts of weather conditions.

Appetite for adventure whetted, Kersten set his mind to figuring out how to sail Tioga halfway around the world while maintaining his high-pressure job. The logistics proved daunting, but as the old saying goes, where there’s a will there’s a way.

By 2010, Tioga had again sailed to Bermuda, stopping only briefly before setting out for Antigua, Barbuda and other islands in the Caribbean. The round trip was a confidence-builder, followed up in 2012 by an extended cruise to Maine.

“Once you sail to the Caribbean, what’s the next step? From Boston, it would be crossing the Atlantic Ocean, so that’s what we did,” Kersten explained.

Details began falling into place as the determined skipper drew up plans for his Atlantic Circle route. A spreadsheet whiz with an accountant’s knack for numbers, he was able to divide responsibilities and costs so that others could embrace his dream.

Two years ago, Tioga cast off her mooring lines once again in Nahant and headed for the Azores. That 2,400-mile transatlantic leg was followed by an Azores-to-France passage. The crew also spent a week on England’s Isle of Wight en route to Germany.

The stopover in Kiel, Germany, was a sentimental journey for Kersten whose father, Hans, was a two-time Kiel The crew for the final leg gathers on deck.
David Liscio photo

Week sailing champion and qualified for the 1956 Olympic games in Melbourne, Australia. For various reasons the planned leg from Germany to Denmark was cancelled. Instead, Tioga set sail for the Baltic Sea and Norway, after which came Scotland, highlighted by a visit to the Isle of Skye, before shoving off for Ireland.

With new crew aboard, Tioga crossed the Bay of Biscay from Cork, Ireland to the northern fringes of Spain. Tioga then sailed west, rounding the Spanish promontory until the compass pointed south to Lisbon, Portugal.

Once again international crews were switched in Lisbon and Tioga made her way to the Portuguese resort island of Madeira, known for its food and distinctive wines. The Canary Islands, about 250 miles south, emerged as the next destination in the circle.

Tioga’s original teak decks, nearly 40 years old, were wearing thin. Kersten obtained replacement estimates of about $40,000 in the United States. He found that the same work could be performed in Trinidad for just over $8,000.

When the 2016 Christmas holiday season arrived, Tioga sailed from the Canary Islands to Tobago and Trinidad, where she was hauled and the teak replaced. The hull was repainted beneath a large tent, the ground wetted to keep dust down.

Tioga seemed ready to sail to Antigua, but leaks brought her back on the hard, so the crew lived aboard while the Trinidad yard hands addressed structural problems with the hull. It was a crazy time.

The 440-mile passage to Antigua was marked by fine spring weather, as was the 935-mile leg that followed to Bermuda.

The homecoming leg was special because the America’s Cup was under way as we flew into Bermuda and the final race outcome was still undecided when we departed. At least we got to watch the first two days of Cup racing between Emirates New Zealand and Oracle Team USA, as well as the magnificent J-Class regatta.

Tioga was anchored in Grotto Bay and served as our floating hotel while we tuned into the races before quenching our thirst at The Swizzle Inn and a few other watering holes.

The trip home doled out a mix of wind and weather. At one point, while approaching the Gulf Stream around 1 a.m., two black columns of rain formed miles apart and were soon connected by an arch dark as smoke from a house fire. “It looks like something from Lord of the Rings,” said my watch partner John Fulghum.

As we sailed beneath the ominous arch rain fell in torrents, the opposing wind and sea pushing up spouts of 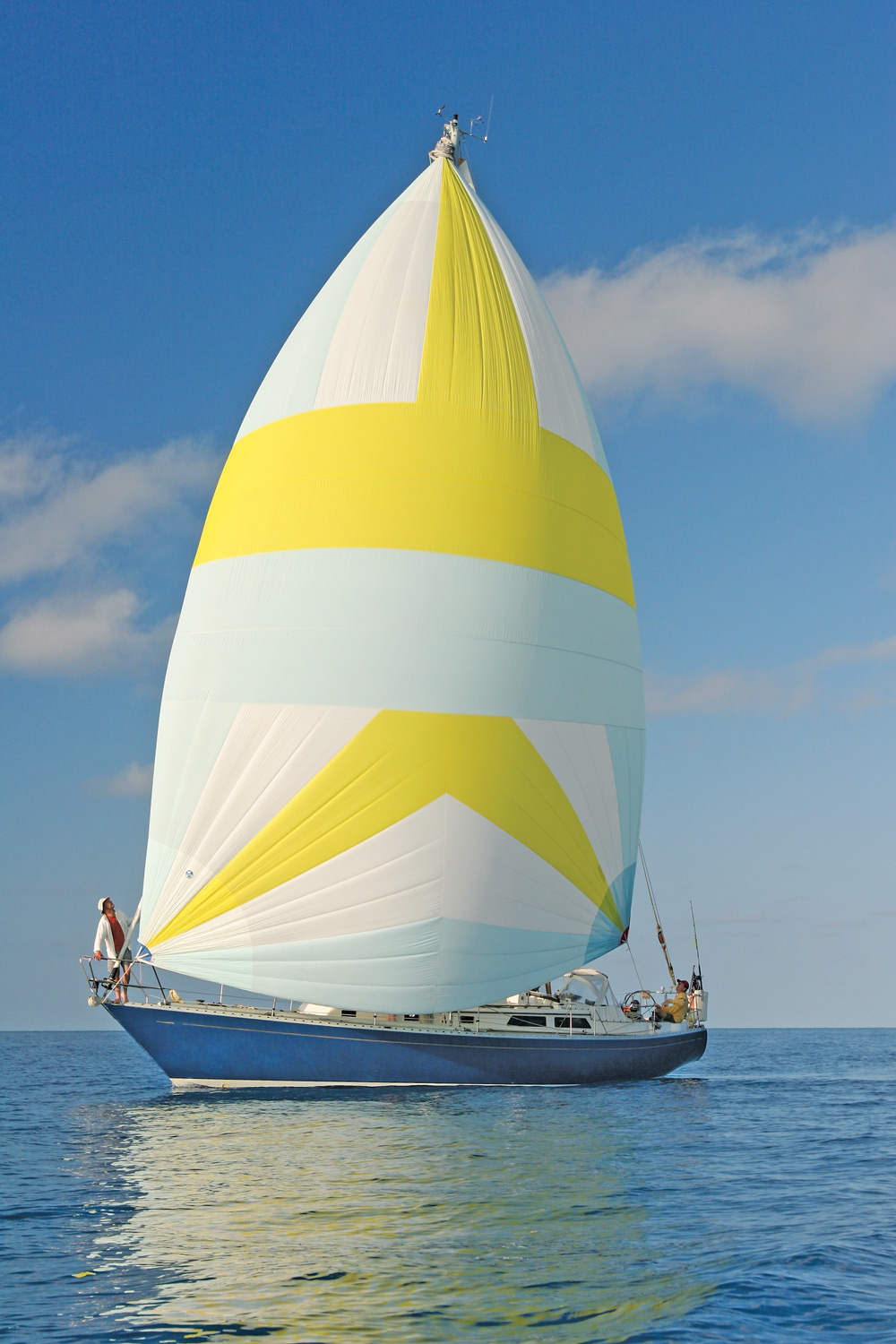 seawater that soaked the boat. A sudden wind shift slammed horizontal rain into our faces, leaving only a glimpse of the compass to keep us on course. Kersten and Josh Antrim scampered on deck to help reef the main before retreating below to their berths.

Two hours later the sea was calm, the stars glittering above, and Tioga was pulsing through the water at 10 knots.

There was only one way to describe the scene that had played out during the previous 120 minutes: crazy.

In a mirror version of our inaugural sail, we ate and joked and laughed and enjoyed being at sea, day after day, night after night, the soothing rhythm so different from the often pressurized moments of our everyday lives.

Dozens of Nahant residents were waiting at the dock with welcome-home signs and bottles of champagne as we approached the small peninsula. We hoisted our yellow quarantine flag and awaited the arrival of a U.S. Customs officer who would check us back into the country.

The kids clamored aboard and played on deck as we unloaded Tioga. With her waterline more visible, the boat seemed to groan with pleasure at being unburdened.

Barba raised his glass. “It’s just perfect,” he said. “We were the crew that sailed her to Bermuda on the very first trip, and now we’re the crew to bring her home.”