I saw the wave coming, just ahead and to windward. As we approached I noticed an unusually deep trough opening between the second wave in the train and the first. The seas and wind had been building for several hours since we left Santa Marta, Colombia, but we were still under full main and a 130% genoa, reaching deep downwind off the Colombian coast, bound for Panama 300 miles away on our Jeanneau Sun Odyssey 44i Keala. I’d taken delivery of Keala the previous summer in La Rochelle, France, had some boisterous sailing on the boat down the French, Spanish, and Portuguese coasts and across the Atlantic, later singlehanding her through the Caribbean up to this point. 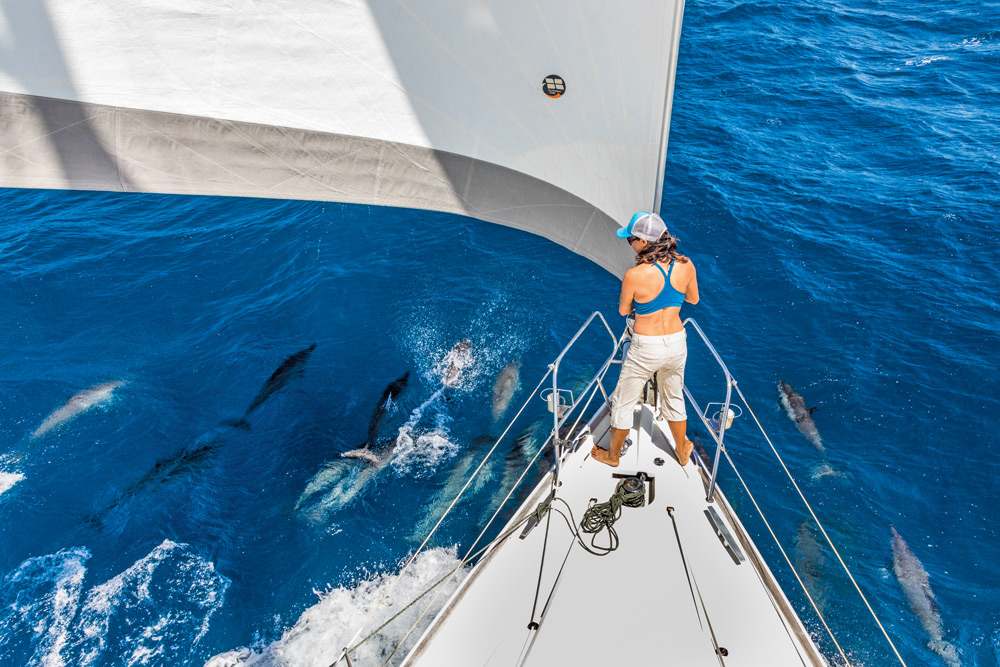 Kyoko welcomes some dolphin friends during a calmer part of the passage.
Tor Johnson photo

Years ago, I spent several seasons surfing in Central America, and was surprised to find that the waves were actually bigger and more powerful on the Caribbean side of the isthmus than on the Pacific side. I was about to discover exactly why first hand.

The trade winds are compressed around the high coastal mountains of the Sierra Nevada de Santa Marta, which reach 18,700 feet high along Colombia’s coast. Despite its location outside of the hurricane zone, many cruisers remember this is as one of the roughest areas of their world tour. The accelerated trades combine with steep coastal shoaling, and a counter current running east against the wind, which further steepens the seas. Pilot charts show the zone of larger seas in the graphic form of red lines denoting a persistent area of high seas just off the Colombian coast, which is more pronounced in winter months, reaching a 40% incidence of seas higher than 8 feet in January. The number of dismasted and disabled boats in Colombian marinas is further testament to the conditions offshore.

Other dangers include a high volume of shipping along the north coast of South America and nearby Panama, as well as Colombian rivers that can discharge logs into the sea. This was a section that I deliberately elected not to singlehand, a wise choice in the end as we needed crew to hand steer after our autopilot failed, as well as to keep an eye on the numerous ships in the area. 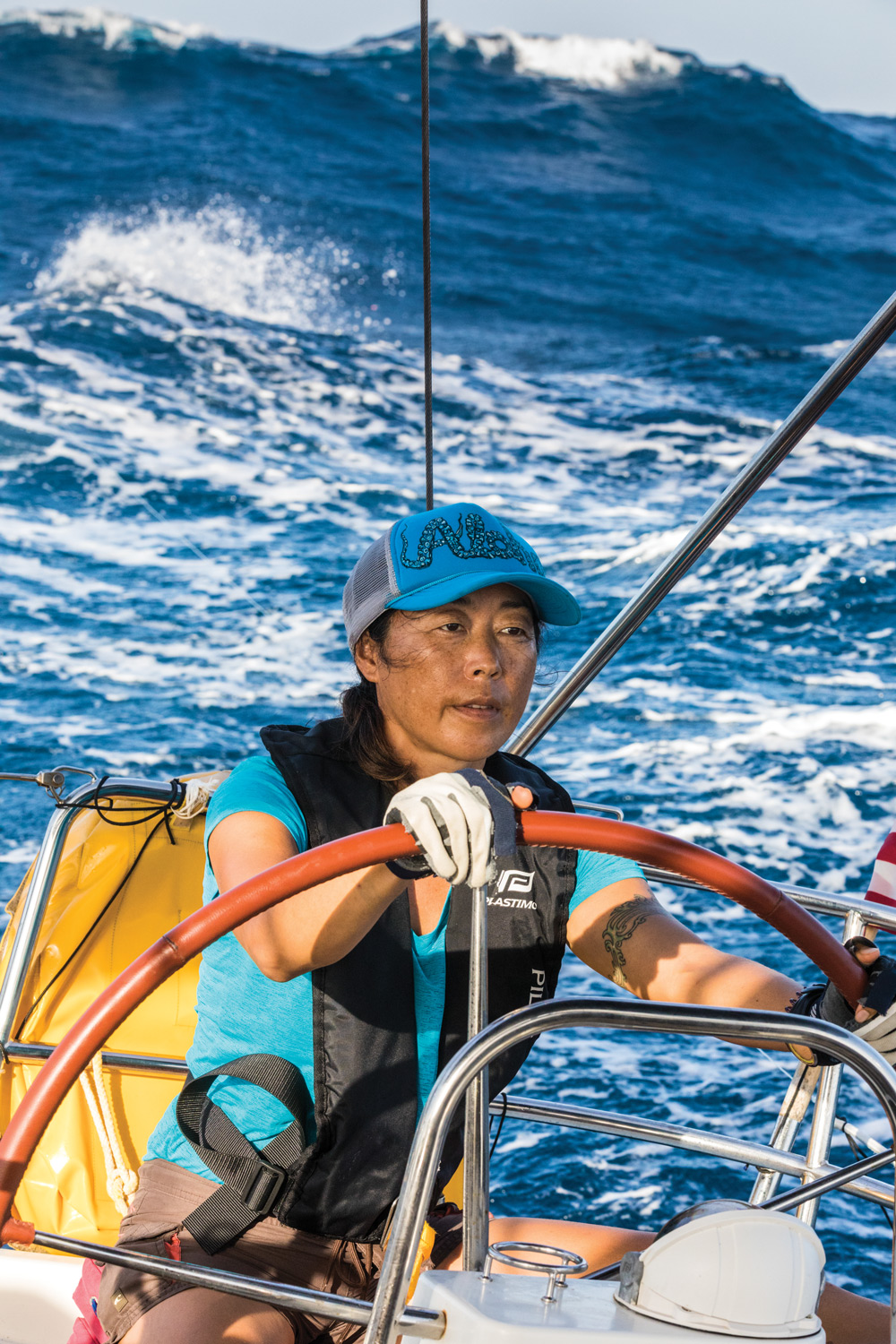 Kyoko concentrates while steering in challenging conditions as mountainous seas build from behind.
Tor Johnson photo

Not that Colombia wasn’t worth the effort. Quite the opposite. Marina Santa Marta was one of the best equipped marinas we had ever visited, with helpful and gracious staff, and ashore the city is vibrant and colorful, with kind and hospitable people, spectacular national parks and wonderful food, all at reasonable prices. Marina Santa Marta has its own customs and immigration connections and staff, putting it in a position to help with the Colombian bureaucracy, which is so cumbersome that cruisers regularly report spending weeks checking in and out of the country.

In recent years, Colombia has emerged from the notoriety of a dangerous drug zone to a traveler-friendly cruising haven, due in large part to regular coastal patrols by the Colombian “armada” and the U.S. Coast Guard. The armada boarded our boat at a remote anchorage called El Morro Hermoso, and conducted a fairly detailed search, opening most of our lockers, looking for drugs. They were professional and polite, and we heard that all of the other cruising yachts there had likewise been boarded. Although no one likes to be boarded, to my mind it was a small price to pay for a drug-free and safe place to cruise.

Riding up the back of the first wave in the train, I tried to keep the boat moving as fast as possible with the genoa full on a broad reach, before turning the boat straight downwind, to square the stern to the oncoming wave. The last thing I wanted was to broach to this sea, risking a knock down. Two of our crew—Tracey Dixon, a good friend who has crossed the North Pacific with me twice, and his Canadian friend, a novice sailor named Ellen Vaillancourt—were in the cockpit with safety harnesses on. My wife Kyoko was down below, dealing with an understandable bout of seasickness. Not quite sure of the outcome, I announced “Hey guys, I’m gonna try to surf this one… but we might get a bit wet.”

By no means a racing boat, Keala is a modern performance cruiser designed by Philippe Briand, with the characteristic relatively flat bottom, large spade rudder and fin keel. Like most cruising boats, getting Keala up on a plane is a rare occurrence, and usually requires a good push from a steep wave. Like the one behind us at that moment. An idyllic anchorage at Playa Blanca, Panama, was a welcome respite after a rough passage.
Tor Johnson photo
Continue reading: Page 1 | Page 2 | Next