My husband Neil and I left Mexico in March aboard our Liberty 458 Distant Drummer with a plan to spend the rest of the year on a leisurely voyage down the Pacific coast of Central America. After enjoying four months cruising in El Salvador, Nicaragua and Costa Rica we headed to the estuaries and islands of western Panama. Unlike Costa Rica, large swathes of Panama have no cellular coverage and we relished the freedom of disengaging from the outside world. Exploring secluded anchorages and deserted beaches, snorkeling, fishing and watching the antics of humpback whales filled our days until the need for fresh veggies or to reconnect drew us back to the mainland.

Panama lies well to the south of the hurricane belt, but the summer wet season is often plagued with squally weather and intense thunderstorms. Southerly winds backed up by a solid northerly swell are typical at this time of year and as we departed Golfo Dulce the weather was true to form. After a soggy day pounding into the waves on a tight starboard tack we were glad to round Punta Burica, a peninsula which hangs down like a giant epiglottis marking the border between Costa Rica and Panama, and bear away to the northeast. Eventually the rain stopped and we enjoyed a pleasantly uneventful night passage across Golfo de Chiriqui, arriving in Boca Chica as the sun rose over the volcanic peaks of the Cordillera Central.

The frequent changes to the customs and immigration procedures in Panama and the somewhat arbitrary application of the various rules and fees at different ports had been the subject of many cruisers tales as we came down the coast. We had heard reports of exorbitant fees being charged at Puerto Armuelles so we decided to skip it and head straight to Boca Chica.

The custom offices are located in the port of Pedregal located about 30 miles up the Rio Chiriqui. Shallow, shifting sand bars and low-strung electric cables make access by boat difficult, so we made the two-hour journey from Boca via two buses and a taxi. After two trips to Pedregal and a visit to the boat by various officials, we were issued a one-year cruising permit and a 180-day tourist visa, a health certificate and a mysterious “Declaracion General”  all of which were elaborately signed and colorfully stamped.

Changing buses in David, Panama’s third largest city, was a great opportunity to visit the market for provisioning as the shops in Boca Chica had almost no fresh produce. David was a bustling market town and the shops were full of goods and humming with people and the stalls in the streets were overflowing with fruit and vegetables. We filled our bags for a handful of dollars and struggled back to Boca on the crowded bus. 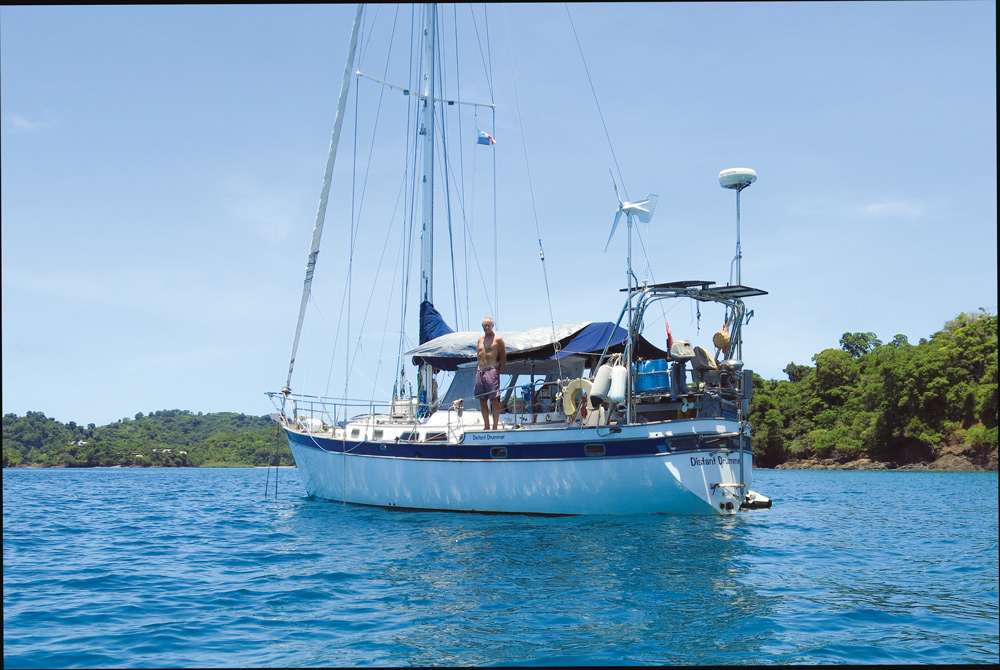 Located at the mouth of the Rio Chiriqui, Boca Chica is not a great anchorage as the channel has strong tidal flows and is cluttered with shoals and rocky reefs. One morning we woke to find that we had dragged after a submerged tree trunk carried in the current had tangled in our chain causing the anchor to lift. We were amazed that we hadn’t collided with one of the five other yachts or various underwater hazards in the bay. I motored to keep us in position while Neil hacked at the trunk from the dinghy with a machete. It was a perilous job and we were glad to finally see it sink below the surface so we could reset the anchor.

Isla Parida lies about 15 miles south of Boca Chica in the middle of Golfo de Chiriqui. The island is surrounded by reefs and islets but has several safe anchorages and we headed for Ensenada del Varadero where we had arranged to meet our cruising buddy Kevin aboard Colmena. The entrance into the southern bay was sinuous and scattered with rocks, but the sheltered coves fringed with white sand and lush jungle tempted us into the shore. With a lookout posted on the bow and a sharp eye kept on the charts and the depthsounder we nosed our way into the cove where we found Colmena rocking gently at anchor.

Many of the islands in Panama are privately owned and the land owners often install a caretaker to keep an eye on their property. Three of the four beaches at Ensenada del Varadero were private but the caretaker didn’t mind us exploring them, picking up a coconut or two, and he kindly let us use the freshwater tap to have an open air shower and fill up a few jerry cans. One evening a fishing boat came alongside and we traded a couple of shackles for some oranges, a bucket load of crabs and lobsters and two huge conchs. We enjoyed a seafood feast except for the conchs that we found inedible no matter how much we bashed them or boiled them. 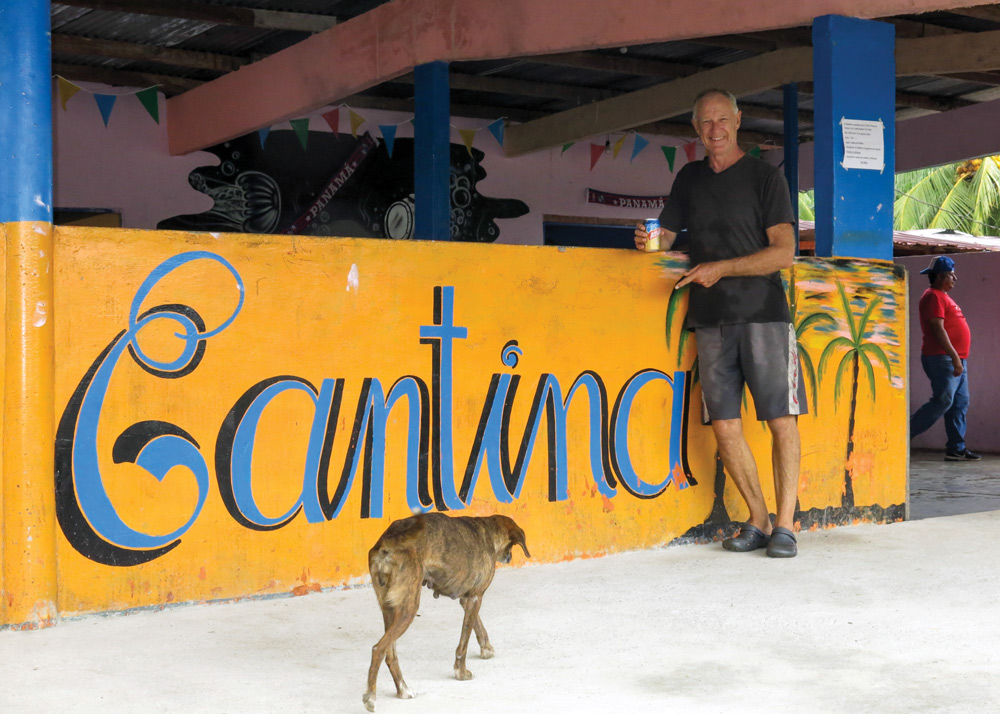 After a few days we moved to Ensenada Sepulcro on the eastern side of the island where we met Gerai who runs the Isla Parida Lodge, a small tiki bar tucked away in the corner of the bay. He serves cold beer and simple, delicious seafood so it was no surprise to find a couple of other cruisers already anchored there. It was fun to get together to swap tips on favorite anchorages and places to avoid, and to catch up on news of other cruisers up and down the coast.

The Islas Secas island group lies about 25 miles southeast of Isla Parida and in a light southerly breeze we had a beautiful sail under the full main and jib. We normally navigate using Navionics and have found the charts in Panama to be reasonably accurate. Rocks and reefs are usually in the right place, however inadequate soundings often cause the depths near to the coast to be poorly mapped. The east side of Isla Cavada, the main island in the Secas group, has several bays that looked like attractive anchorages, however we found two of them to be much shallower than charted. Luckily the northern inlet was a little deeper and we dropped the hook just as a squall hit and it rained for the rest of the afternoon.

The Secas islands are known for their clear water and we were really pleased to be able to hop in and enjoy some good snorkeling. As we explored the reef we were often surrounded by large schools of jacks, parrotfish and numerous other small, colorful fish. We watched turtles launch languidly from the coral bommies and saw several free-swimming moray eels snaking across the sand, all the while accompanied by the haunting sounds of whales in the distance.