Most famous sailors have a laundry list of accomplishments and a room full of trophies. Elayna Carausa, 26, and Riley Whitelum, 35, have none of that. What they do have is the largest following of any sailing-related channel on YouTube—over a million subscribers—and a group of passionate fans who support the couple’s liveaboard lifestyle through crowdfunding. 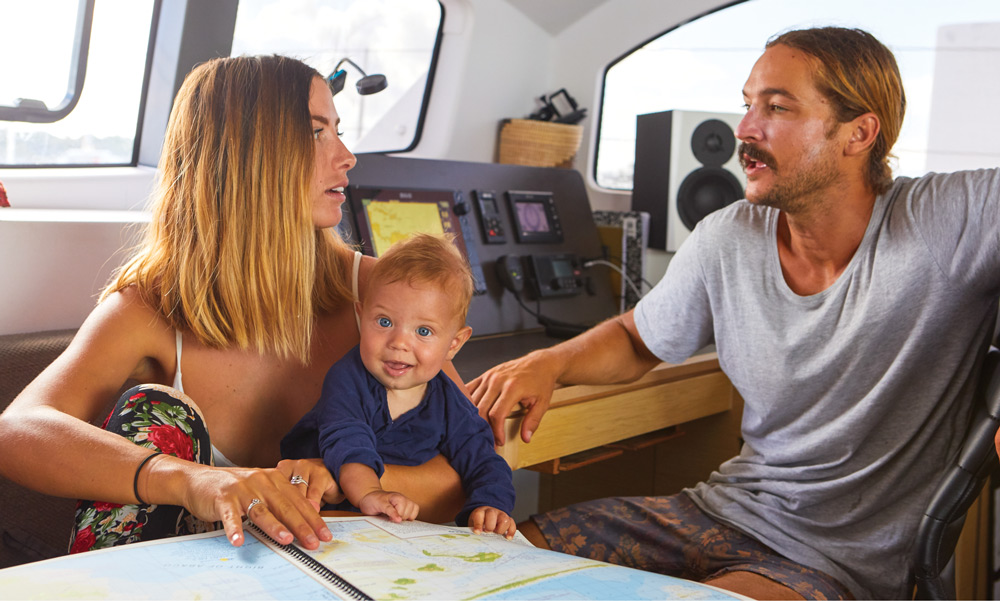 In addition to sailing, the couple’s videos include snippets from life on board.

The Australian couple sail the world on their Outremer 45 catamaran La Vagabonde making videos that allow their followers to live vicariously through them as they island hop, spear fish and troubleshoot their way through life all while raising their not-quite-one-year-old son Lenny.

Just a few years ago the couple couldn’t have imagined such a life. Elayna was working in Greece as a singer and Riley was learning how to sail on his Beneteau Cyclades. They met, he asked her to go sailing with him and the rest is history.

Elayna started making videos in part to allay the concerns of family members who knew nothing about sailing or living aboard a boat. When the videos took off, Elayna upped her video creation skills (she says she cringes looking back at her early attempts), and the couple managed to turn their lifestyle into a career.

“We’re living in such a strange time,” Elayna said. “This would have never been possible even five years ago. But now we can create videos and keep the journey going.”

It’s not hard to see why the pair are so popular. Egos left at the dock, Riley and Elayna don’t pretend to be expert sailors, adding to a charm that draws in both envious sailors and landlubbers suffering from wanderlust.

“We don’t know the correct terms for anything,” Riley said.

Although the couple may not know the ins and outs of sailing jargon, it’s clear they’ve gained a great deal of sailing knowledge over the five or so years and more than 77,000 nautical miles they’ve sailed. Both are proficient helmspeople and are quick to set the sails to move to their next temporary home. And they relish the opportunity to do long passages, such as the 10-day passage they recently undertook from the Bahamas to New York in preparation for the appearance of the boat and its crew at the U. S. Sailboat Show in Annapolis. 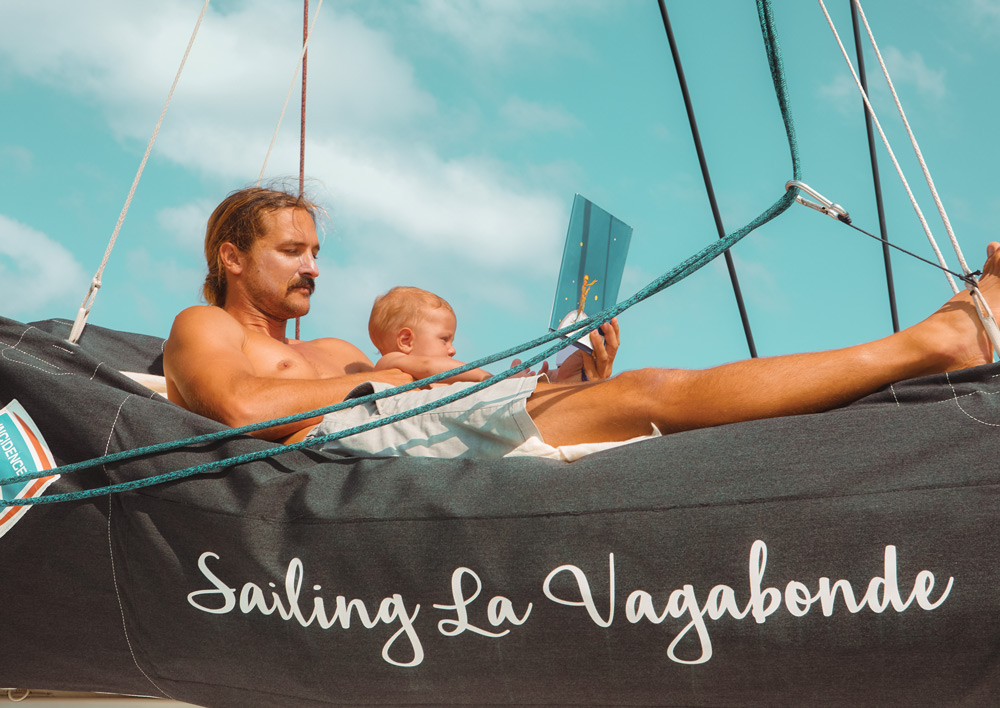 The family shares their sailing lifestyle on a popular YouTube channel.

It was the first long passage the pair have done since the increasingly more mobile Lenny joined the crew.

“It made us remember how much we love doing those long crossings,” Elayna said. “Lenny was a star and just to feel what it was like to sail properly with a kid was great. I gained so much confidence on that crossing.”

Although friends or family occasionally join the boat, it’s rare that they have help on long crossings.

“We don’t really know any sailors who are friends from our old life,” Riley said.

“We love their company but they aren’t really a lot of help,” Elayna added.

Although a long passage is a challenge, especially when Lenny requires nearly constant attention, they said it’s also the most enjoyable time for them.

“I love spending that time with just Elayna and now Lenny,” Riley said. “That’s precious time and I think those are the most pure moments we have.”