Although night-vision technology has been available to sailors for many years, most people find their first purchase a bit daunting. And for good reason: there’s a great deal to know and understand. Night-vision instruments can be expensive, which makes that understanding more important.

The interest in night-vision instruments can be traced to 1895 and Paul Martin’s photographs, “London by Gaslight,” but it didn’t come into its own with electro-optical devices until 1935. Even so, forward thinking Germany engineers had crude night-vision gear ready to be mounted on some Panzer tanks as early as 1939 and the United States was using large numbers in the Vietnam War.

But the question is: Do you need night vision? 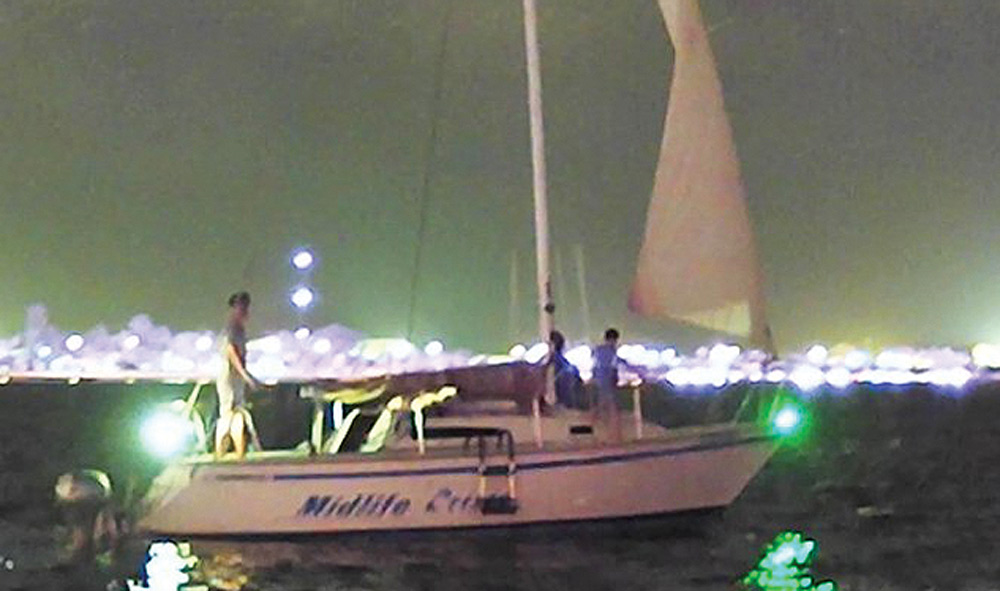 If you are a coast-hugging daysailor, chances are the answer is no. On the other hand, if you frequently wander out into big water, especially at night, you most certainly do. It’s true that mariners were going on long voyages for hundreds of years before the first night-vision gear arrived. It is also true that many lives—and hulls—could have been saved had they been available.

Sailors have long relied on radar to help in conditions in which visibility is poor. But radar lacks detail, displaying a blip on a screen, without any real knowledge of what it might be. AIS helps manage boat traffic in such cases, but doesn’t help in identifying or tracking other objects.

Night vision instruments will not only help you identify potential hazards, such as other vessels, but they can also help you identify channel markers and poorly-lit harbor entrances. Anyone who had tried to make sense what they are seeing during a light landfall with a smattering of city lights in the background, knows that it can be difficult to figure out exactly what you’re looking at.

Perhaps the most important benefit of night vision is its usefulness in an emergency, particularly in a man-overboard situation. In the dark of night a person in the water floating on top even moderately sized waves can be difficult to see without assistance, and if you don’t know where to point the spotlight, it does little good.

The U.S. military has traditionally used only two binoculars: the 6x30, used primarily for convenient daytime observations and the 7x50 for use at night or in other low-light situations. The 7x50 offers 7.1 millimeters of light to the observer’s eyes, which is the largest exit pupil a human eye can accommodate and regulates the brightness of an image.

Every square inch of a binoculars objective lens gathers the light of nine fully dilated eyes. Thus, it is capable of delivering 45 times the amount of light as would be presented to the unaided eye. Because of this, and image brightness being based on the size, it is not uncommon to see the simple 7x50 binoculars advertised as “night-vision” instruments. It can appear to be magic to the unwary but it’s doing nothing more than a garden variety 7x50, of any level of quality from a department store, is supposed to do.

When speaking of night-vision gear, the term “generation” pops up again and again. Often, people more interested in sailing than the accessories associated with it, shun the notion of the various generations of the product—thinking it either works or it doesn’t.

Although not caring much about the changes going on in development, the generation of the device is a critical aspect to consider. It indicates the instrument’s brightness, resolution, longevity and cost. 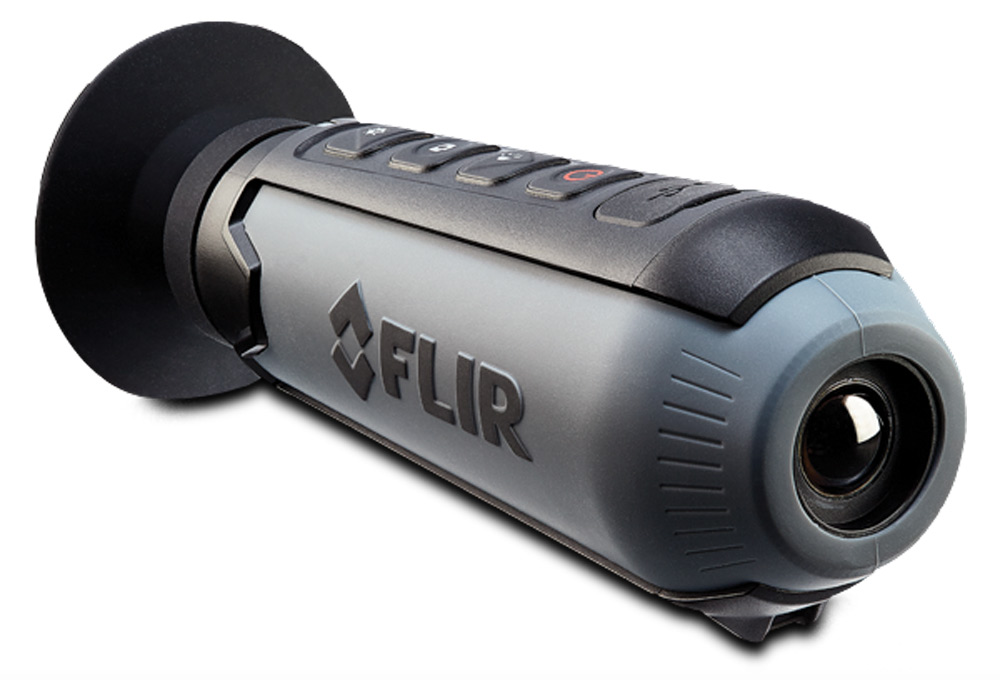 The heart of any night-vision device is its image intensifier. Intensifiers have a limited useful life which is documented as an MTBF (Mean Time Between Failure) rating and the failure rate in production is high, which pushes cost for reliable units higher. Thus, the generation of the device is important to know because when the intensifier reaches its half-life, its brightness and resolution have dropped to the point of failing. So, what are the specs for that part of the product? Generations break down as follows:

Generation 4: Sold only to consumers

In other words, night-vision instruments don’t last forever, and you will extend their life by turning off the device when its not in use.

Probably the most important advice to consumers would be that before spending your money you should invest a good bit of time reading about your options, as some instruments that look and feel exactly the same on the outside sport huge differences on the inside owing to the brightness and resolution of the intensifier, and have a plethora of modification options. Thoroughly read about the specs of the instrument you’ve been considering and don’t bother taking carte blanche the advice of a friend. He or she may know less about the subject than you.

Thermal imaging cameras, which are different from night vision devices but serve a similar purpose, use heat rather than light to provide imagery, which can be particularly helpful when searching for people in the water, even in total darkness. Such cameras are available as handheld devices or fixed-mount cameras that link to a multifunction display and can be overlaid with chart data or AIS targets. Flir uses thermal imaging to help show what lurks in the dark.

I am often asked questions concerning the binoculars I would recommend for a particular activity. Other than trying to teach a little, I steer away from those questions as fast as possible. Users needs vary dramatically and new models are always being released. With night-vision gear all those variables are many times more complex.

One of the more important considerations will involve the size of the instrument and how you plan to use it. Models range from heavy binocular styles to those able to be operated with a single hand or even hands-free options.

Generally speaking, it’s best not to settle for less than a generation 3 device. Such devices typically cost $3,000 and up. Some sailors might opt for a hands-free, head-mounted device and find the convenience of a small unit more than adequate.

Night vision devices aren’t magic. It’s important to know that the image in the best night-vision gear—regardless of aperture or generation of components—will not match the view through even mid-quality binoculars used during the day.

Expect night-vision images to be monochromatic and grainy. Better, and likely more expensive devices will provide a better image quality. Sometimes you might see a few “dead” intensifier (photocathode) cells scattered about in the image. Even so, it should be remembered that while no night-vision device—unless it has a built-in illuminator—will allow anyone to see in total darkness. But the presence of a few stars, a sliver of moon, or a couple of outdoor security lights on the horizon might be enough for you to see the magic.

Bill Cook is a former Chief Opticalman for the U.S. Navy, has produced four books on optical subjects and, for 21 years was the manager of the precision instruments and optics department for Seattle’s Captain’s Nautical Supplies.

Free  (and cheap) ways to see in the dark

High quality night-vision devices can be important tools to have in many conditions, but more affordable options can be used in a pinch or by sailors who just need a little help getting back to the dock in the dark.

First off, don’t underestimate your own ability to see in the dark unaided. Eyes adjust to darkness enough to manage tasks on a boat and concentrating on what you’re looking at can help. But nothing ruins night vision like light. Eyes just can’t adjust quickly to brightness followed by darkness.

Sionyx Aurora Sport night vision camera
Keeping cabin lights off is a good place to start. Even ambient light through hatches can wreck havoc on natural night vision. When you do need to turn on lights down below, make sure there is a red option. On deck instruments and displays should be dimmed as low as possible or even turned off or covered if possible.

And think twice before you reach for a flashlight. Of course it’s good to have one handy—LED flashlights small enough to keep in your pocket can provide as much light or more than the old types that doubled as weapons to be used in self defense—but be careful where you point it. Know that it will affect your night vision temporarily, and make sure to shield it from the view of a helmsman.

If your natural night vision isn’t cutting it, there are relatively inexpensive night vision cameras, including the Sionyx Aurora Sport at $600, which can provide a bit of light. It connects via Bluetooth to a tablet or phone and can be handheld or mounted. It’s not the kind of thing you probably want in the busiest shipping channel in the world, but it is perfect for more routine sailing scenarios.

Other sport cameras have some night vision capability that may work in a pinch as well. None of these will provide a great picture, but may be worth experimenting with in low-stress situations. —E.L.S.