Sailors shopping for a new cruising catamaran should start their search at the Miami International Boat Show, where all the latest models are on display. Making its U.S. debut in 2020 was the 52-foot Seawind 1600, which drew crowds with its style and speed. Seawind Catamarans is known for its innovative cruisers that marry strong and lightweight building techniques with sleek looks and high performance. The company turned to the Reichel-Pugh design team for its new flagship, and the result is a sharp-looking bluewater cat that is easy to sail shorthanded.

Seawind Catamarans got its start in Australia in 1982, building beach cats and custom cruising catamarans at its plant south of Sydney. In the 1990s, the company began building a line of small cruising catamarans, with many boats destined for the country’s charter cruising fleets. In 2004, the 38-foot Seawind 1160 was launched and became one of its most popular designs. In 2012, the company moved production to Vietnam.

The hull is carbon fiber with Kevlar reinforcements under the waterline and in high-load areas. The boat is also available with a carbon fiber mast. 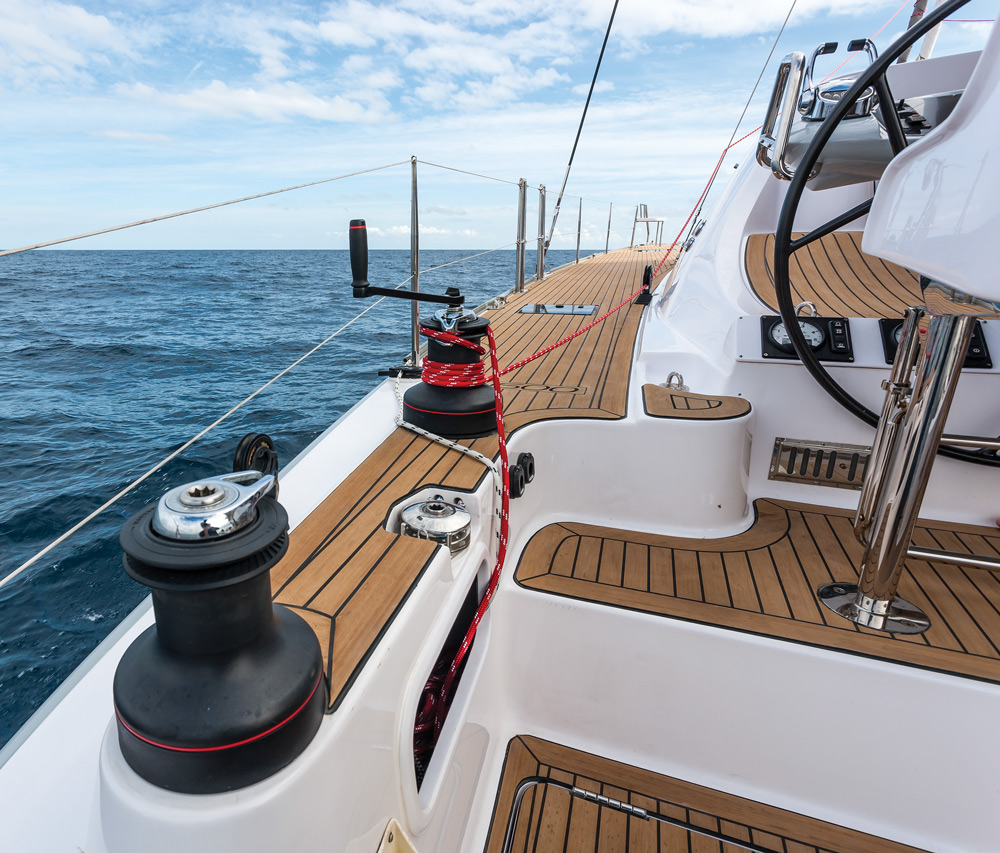 The side decks are wide and the Flexiteak is sure under foot.

The polar plot for the 1600 predicts upwind speeds of 8 knots in 15 knots of wind sailing at 40 degrees apparent, while boat speeds will be in the 20s sailing off the wind at 110 degrees apparent with windspeed in the 20s. A flexible off-the-wind sail inventory that includes a screecher and a spinnaker can be easily managed by a shorthanded crew with all sails set on roller furling.

This cat has innovative daggerboards that allow for good upwind performance yet can be raised when sailing off-the-wind. Want to sail or anchor in shallow water? Raise the daggerboards and remove the rudder cassettes, and the 1600 can even be beached.

Seawind popularized the concept of indoor-outdoor living, and the 1600 is designed with this in mind. The large aft deck-cockpit area features a L-shaped settee and small dining table, with additional seating along the aft rail.

Making shorthanded sailing easy has been a priority for Seawind designers, and the 1600 is no exception. All sail control lines are led aft to a bank of rope clutches and a single electric winch on the stern rail. Beneath the cockpit sole are cavernous lazarettes that can gobble up water toys and fenders and still have room for more. Blending the indoor and outdoor living is at the heart of Seawind's catamarans.

Going forward, the deck is kept clear of clutter with flush hatches and recessed cleats, and the Flexiteak feels sure underfoot. The large tramp area would make a comfy lounge spot. The daggerboards are accessed through a small hatch in the sidedecks.

The only thing down below on this cat are the staterooms, and the 1600 is available with three or four cabins. The owner’s cabin is located in the starboard hull with a queen berth aft and a full head and separate shower in the bow. The pull-out television and optional laundry are nifty features.

The port hull has a small double-berth cabin forward and a twin stateroom aft. The twin bunks can be made into a double with an insert. Although the daggerboard compartments take up space belowdecks and the hulls are on the narrower side to increase performance, the cabins feel spacious. Seawind has creatively used the available space. 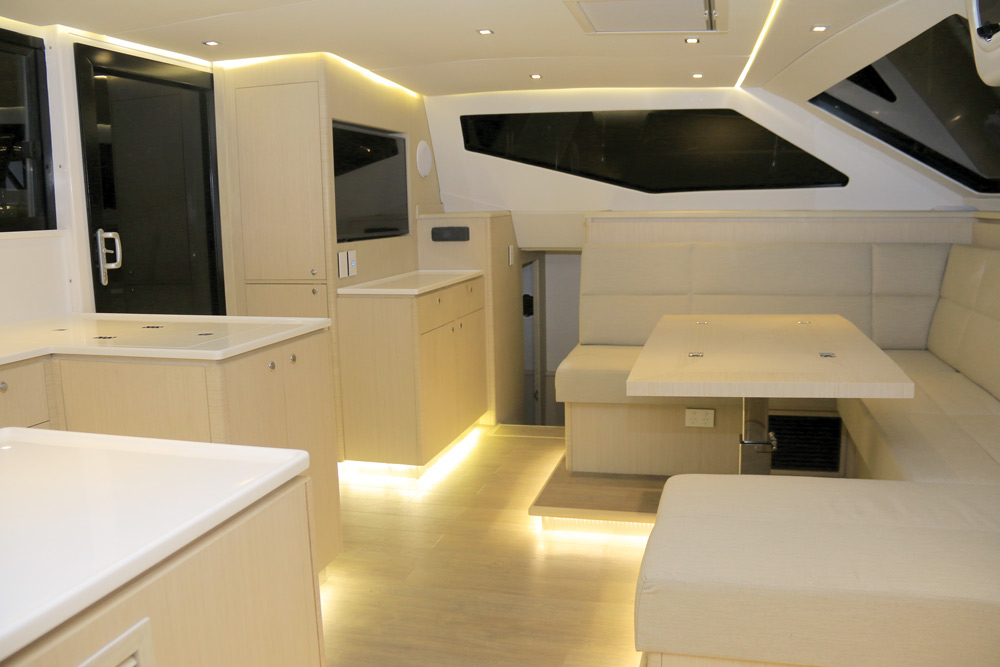