Just 16 miles from San Diego, Mexico’s Coronado Islands are a perfect spot for a staycation cruise

Exotic destinations will always have their allure, but 2020 has been the year of the staycation. For landlubbers, it meant camping in the backyard, but for sailors it became the perfect excuse to become re-acquainted with our local waters. That’s just what my friend Capt. Diane Berol had in mind when she invited me for a staycation in San Diego aboard her 40-foot Pacific Seacraft Voyagemaker Celtic Song. The boat is plenty big for two people to social distance, yet easy for two to manage. 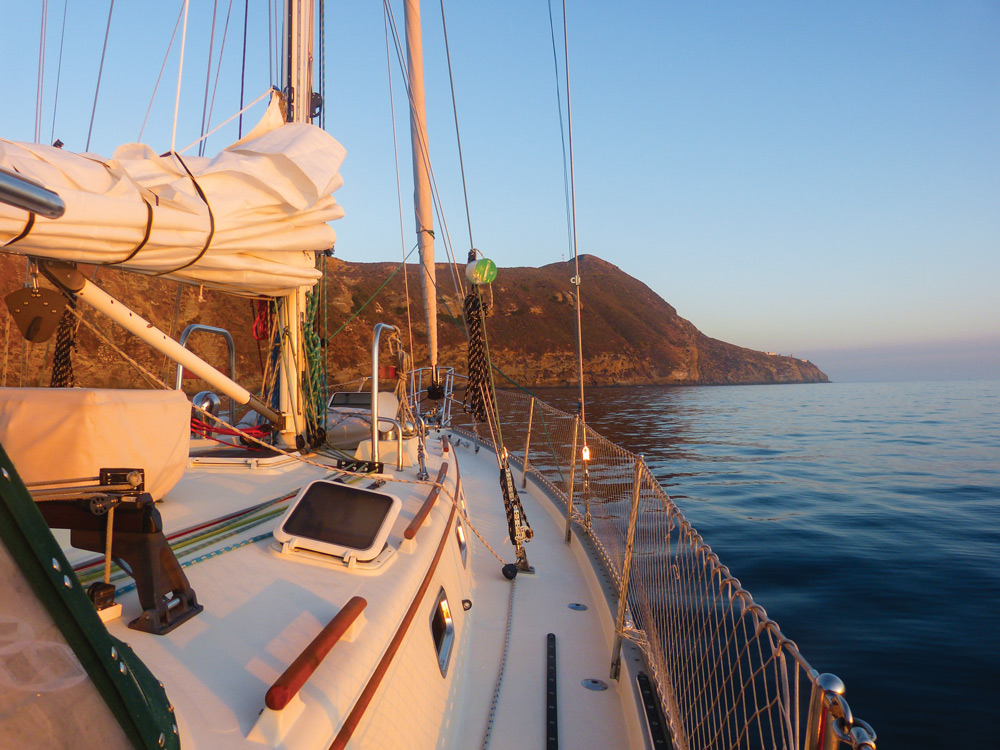 Our plan had been to bop around San Diego’s 19 square miles of bay and waterfront—from sandy beaches along the Silver Strand, to Shelter Island and Glorietta Bay, to the downtown delights of the nation’s eighth largest city center. San Diego is at the core of the craft beer movement and with more than 150 breweries, it is one of the “hoppiest” places on Earth (or at least North America). As we readied Celtic Song for departure, swarms of boats and watercraft of all shapes and sizes crisscrossed the Bay. San Diego was jam-packed, adding pandemonium to the pandemic, so we plotted a course for less crowded Los Coronados.

The Coronado Islands lie almost 16 nautical miles southwest of San Diego. Barren and inhospitable looking, with no bars, restaurants and certainly no WiFi, it’s a less-than-popular destination and perfect for social distancing. Heading south past Point Loma the wind freshened and we hurriedly put up the main and unfurled the jib. A mile past the channel marker the crowds thinned and the temperature dropped as a light fog blanketed the water, blotting out the islands in the distance. But in 20 knots of breeze Celtic Song kicked along swiftly and we were there in less than three hours.

South Coronado Island is two miles long, slender and steep. There’s just one inlet, Puerto Cueva also called Smuggler’s Cove, which houses a small outpost of the Armada de México (Mexican Navy). But you can’t anchor there, so we headed farther down the eastern side of the island where the bottom is sandy with excellent holding. 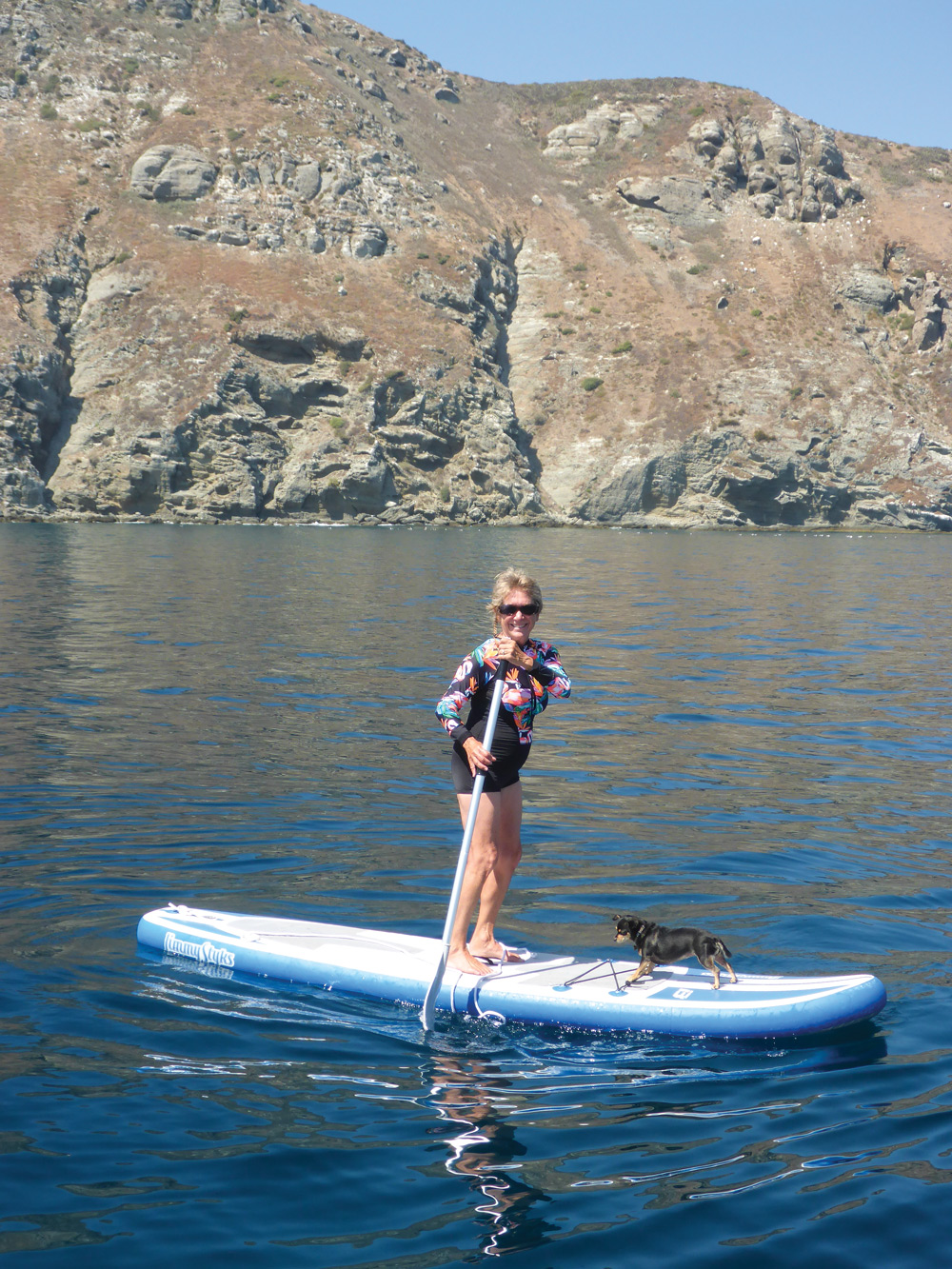 Rescue dog Sophia goes for a paddle with her mom.
Betsy Senescu photo

We dropped the hook a few hundred feet off the cliffs in 35 feet of water, as warm gusts shot down the bluffs and buffeted the anchorage. A hint of chaparral hung in the breeze. All around gulls soared, and the cliffs were speckled white with their numbers. Their racket was underscored by a chorus of sea lions, their husky barks echoing off the rocky precipice. Los Coronados are a critical breeding area for seabirds and marine life and have been protected by the Mexican government for nearly 100 years.

Farther east of the island is the Baja Aqua farm. Several boats were anchored there abreast fish pens, where sushi-grade bluefin tuna are raised and processed for shipment to Japan. So it was no surprise when a panga approached. The fisherman were out of butane fuel, so we shared a can and they thanked us and zoomed off. Other than that we had little company. Three small fishing boats ducked in during the twilight hours. Gusty sundowners howled through the rigging but Celtic Song,  with a 24,000-pound displacement, was solid. We relished the northerly breeze, warm but dry, scented with the sweet spice of sagebrush.

As night fell, a string of lights defined the coast of Mexico barely 8 nautical miles away to the east. Stars appeared and Diane stood on the transom pointing out the north star, Jupiter, the big dipper and Scorpio, which reclined along the summit before disappearing behind. A giant shooting star streaked across the heavens, its thick trail lingering in the night sky. The next morning the sun rose fiery red behind a smear of smoke. Searing weather and Santa Ana winds were forecast ashore as wildfires burned along the entire Pacific Coast. Just hours away we were in a benign and alien world of our own.

It is hard to imagine that 100 years ago a casino was built on this forsaken island. But the Los Coronado islands have an illicit past, rife with pirates, rum-runners and smugglers. Adding to its legacy is the casino and speakeasy built along the rocky cliffs during the U.S. Prohibition. It flourished briefly, then later became military housing until it fell into ruin.

That morning we watched as the water morphed from muddy brown to yellow gold to blue green, reflecting the spectacle of the sky, water and land, which created a mesmerizing Monet-esque seascape. 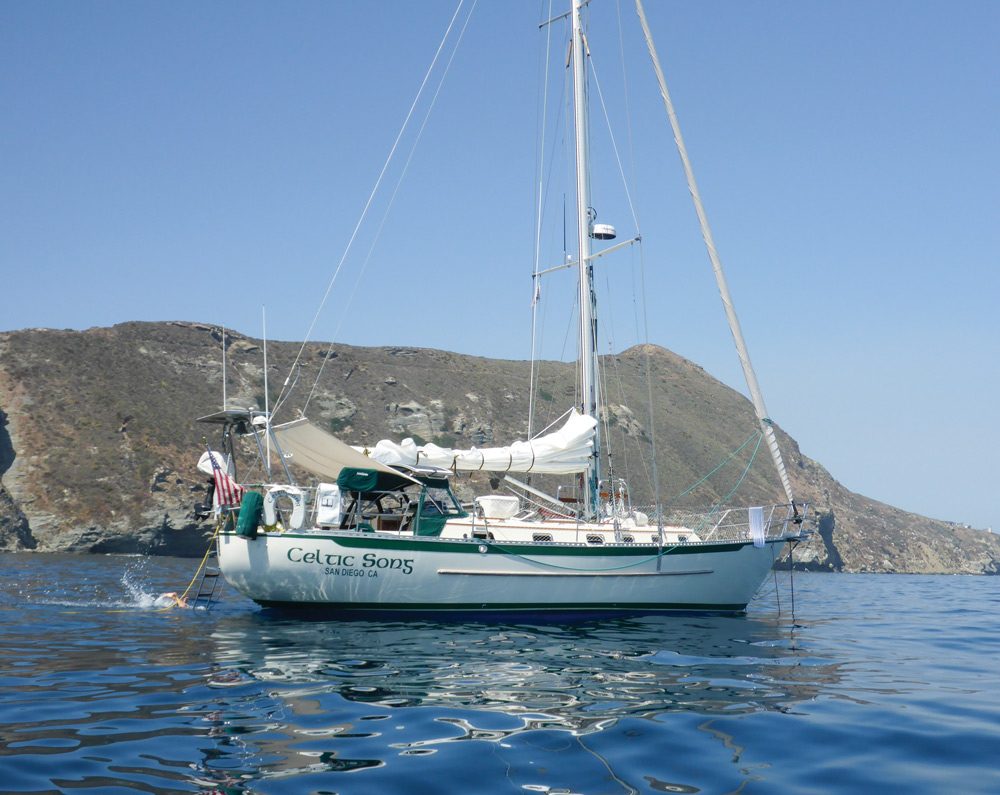