Navigate swaps, sales and even the trash to find boat bits to help outfit on a budget

In a single-use society, it can be tough to find products that last forever, especially when you live on the ocean. Salt has its way of creeping into everything, furthering decay as it reclaims the object as its own. As things begin to break or owners are able to upgrade, they often find their way to the marina Dumpster, the salty version of purgatory before they find their final resting place at the dump. Unless they are rescued. 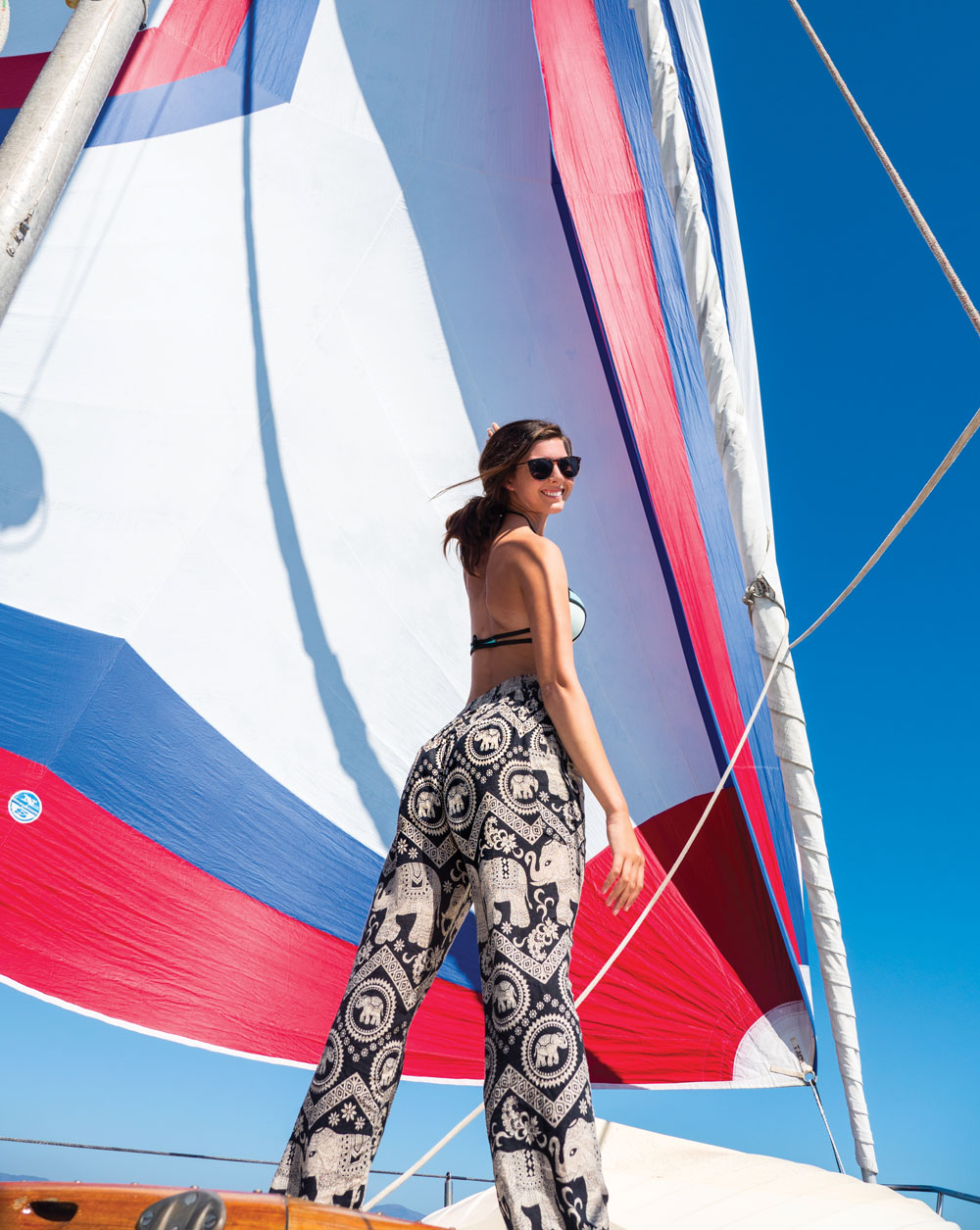 The author is all smiles with the spinnaker the couple picked up at a marine consignment shop for $500.

My husband Chris is well known for finding gems in and around the trash bin, restoring the items for our 1979 41-foot Cheoy Lee Avocet and himself. From the ever-giving bin, he has scored a pair of Oakley sunglasses that just needed a new lens, stadium seats that needed new fabric, a Baja filter that worked perfectly fine and an inverter that just needed to be cleaned along with numerous fenders, throwables and line that we either add to our collection or take to the consignment shop to make a quick buck.

It may sound odd at first, but there is a whole spectrum of sailors that treasure hunt in the trash. In fact, sailors like Emily Greenberg rely on trash treasures to keep the wind in their sails.

“I guess it all started with being given a lot of things for free. Dinghies, random fittings and hardware,” she said. “I started to learn about the different classes of sailors. There were the boatbuilder and shipwright types who had amassed more junk and tools than they could ever use in their lifetimes, the recreational boaters who had items they thought they would but never did use, and then the rich sailor who just throws something away when it gets scratched even if it’s still functional. I even enjoy salvaging winches, blocks, and what not from shipwrecks.”

Greenberg has been sailing and living aboard her Tripp 29 Teal  for the past year with plans to refit the boat over the next six to 12 months and then set off for points north and south in her continued efforts to practice ocean sailing before crossing an ocean.

“My Tripp 29 had these self-locking winches with wire-to-rope halyards and the fully loaded winch handle hit me in the eye and fractured my eye socket,” she recalled. “I had shown up in Maine with nothing but my seabag and a handful of tools and safety gear. I needed new winches right away. One of the guys down at the harbor where I was working on my mast told me to go to his boatyard and follow the trail to the back of the yard.”

Greenberg ventured through an overgrown trail to find a rotted wooden boat due to be burned that happened to have bronze Merriman winches still on it.

“It was the first salvage mission for my new-to-me boat, so that was a pretty special moment,” she said.

Taking advantage of used equipment doesn’t necessarily require treks through fields or rummaging through garage bins. Some marinas have “free” tables where you can leave your unneeded belongings for a fellow boater to adopt. These are generally areas where you will find relatively better-off items that boaters have lost interest in or have no desire to refinish to former glory. Places like the Berkeley Marina in California have the best of both, where the boaters have an unspoken rule that items outside the trash bin are up-for-grabs goodies while the things inside are worse off, mixed with the other trash. My husband and his family have scored various items from that exact dumpster for more than two decades. Before we lived onboard, we outfitted our patio with a table, chairs and potted plants all thanks to that dumpster. 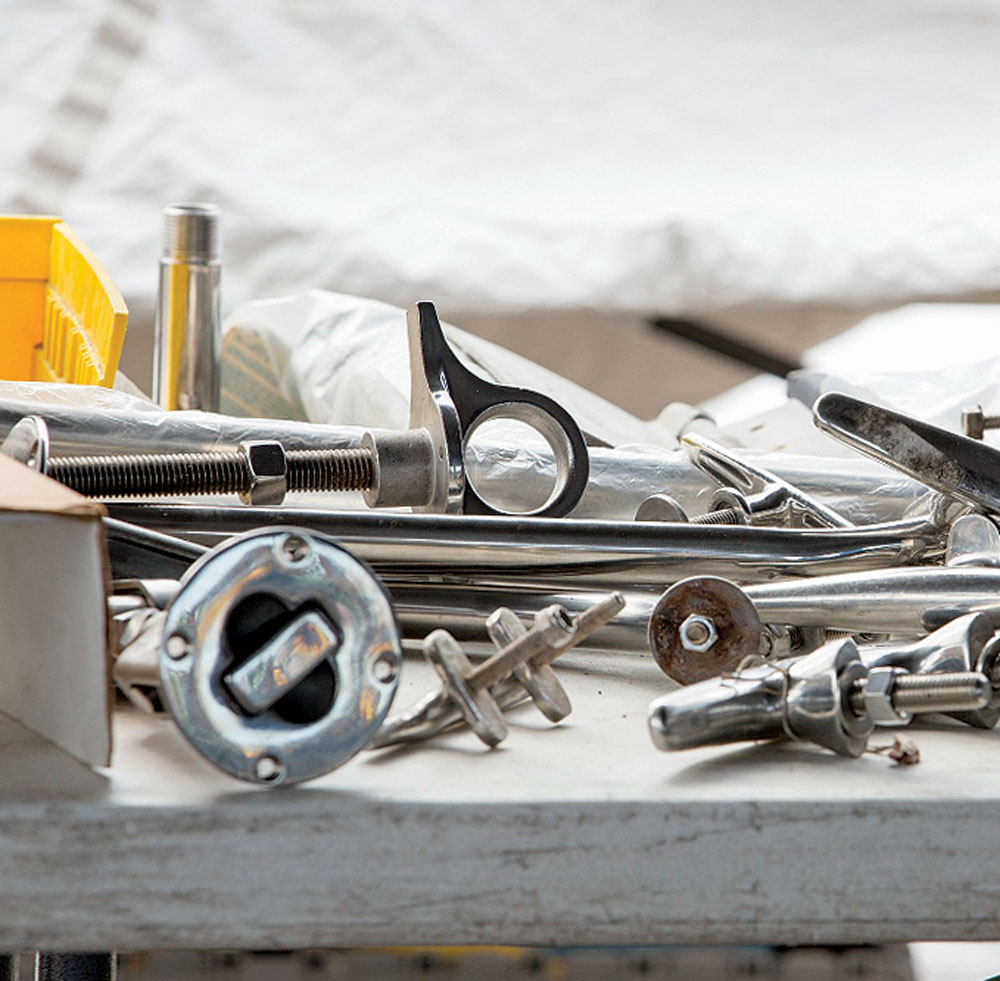 Bits and bobs and hardware of all sorts can be found at swap meets.
Continue reading: Page 1 | Page 2 | Next