From dusty project to race ready 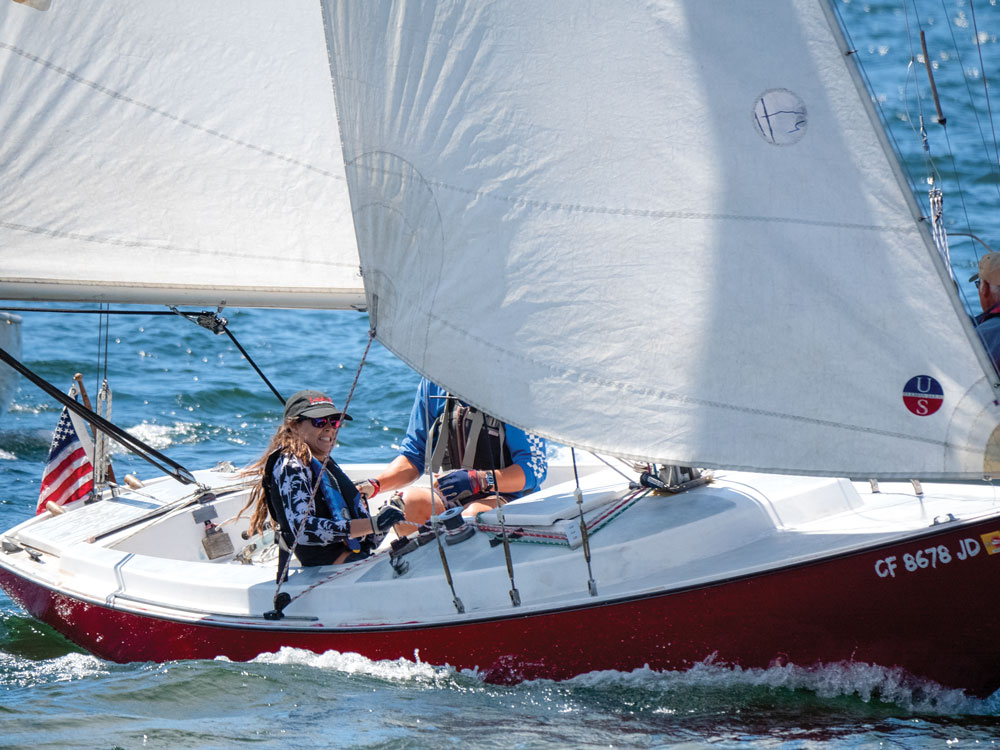 We are fairly certain the rigging on the Victory was original (from the 1960s) and since we only used the boat a few times a year we never gave it much of a second thought, until when we were racing in the 2019 High Sierra Regatta and our cap shroud chainplate popped out of the deck causing the mast to bonk me on the head when I was sitting on the foredeck after getting the whisker pole into position. We received a DNF for that race and the experience cemented our desire to kickstart the refit.

Using spare stainless metal from another project, Chris measured the pieces to be plasma cut as brand new chainplates which would be fastened to the freshly fiberglassed knees we had created in the hull earlier in the week. This system would allow us to push the boat harder than before since the rig would be so well supported. After some research and conversations with our friend, local rigger Kim Weir and surveyor Ross Hubbard (both proper legends in their respective fields) we decided to swap the wire rigging for Dyneema which would reduce the weight significantly above the waterline. Although familiar with the process and technology it was a new concept for us to be implementing on the boat and we were glad to have experienced friends giving their gracious guidance. 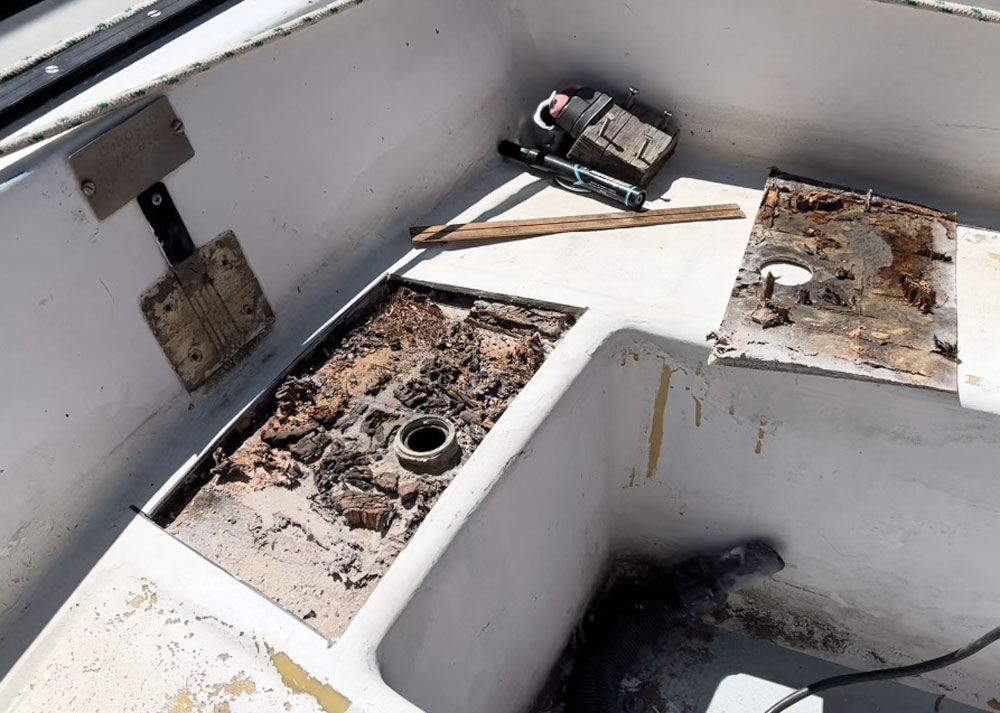 With chainplates installed to the new knees and our rigging fitted neatly we returned to painting. Instead of opting for a real bottom paint, we decided to use the two-part epoxy barrier paint, Tuff Stuff, which Chris will sand and burnish later when we have more time. For now, since the boat lives out of the water 90% of the time it will be fine, and far better than before where she virtually had no bottom paint at all.

Chris was quick to mix and roll the paint on the freshly sanded bottom, the gray complimenting her glistening red topsides. After a three-hour dry time we finished off the painting project by getting our hands messy and adding our handprints on the keel. We stood back and admired our work, a full transformation squished into a little less than two-week period. What once was blue is now red, signifying a new chapter for the Victory.

I had the honors of pulling the blue tape, which is arguably the most satisfying part of any painting project. The crisp and clean lines between the red and gray were sharp, and as straight as an arrow. Chris had struck the waterline the night prior using a laser level.

A year had passed since our frantic two-week refit of the Victory, but there were still a couple projects we wanted to tackle, again, right before the High Sierra Regatta.

The new rudder stock is glassed in.
Chris Neely photo

The most crucial was fixing the cracked rudder stock. Although we had limited materials, Chris decided to modify our rudder post starting with cutting off the cracked bit of the rudder stock which was 1.5 inches total, using a grinder and cut off wheel. He only cut off exactly what he needed to, returning the now-shorter-stock back to healthy metal for the tiller to attach too. With a shorter rudder stock, we had to lower the platform where the top of the rudder attached to the tiller, which also meant that we needed to cut a new keyway for the top rudder bracket.

Chris cut around the rudder post revealing the unsurprising lack of core, reminding us that we should probably address that next summer. Since we didn’t anticipate a project of this caliber, we had left a lot of our fiberglass materials at home, which meant Chris had to be very resourceful and cognizant of his usage. It was 90 degrees and much too hot for medium-cure epoxy, but it was the only epoxy we had. Mixing in small batches he was able to lay up the top and then wait for the cooler evening to glass inside the hull. Although the finished product looked rough, it would get us through the races and the rest of the summer until we could return the following year to put some actual time, resources and finishing work behind it.

The next job on the list was burnishing the bottom, a task we’d left undone the previous year.