Shortly into the start of the 2009 Rolex Sydney Hobart Yacht Race, captain and crew aboard the supermaxi YuuZoo wrapped yellow electrician's tape around the upper sleeve of their foul weather jackets.

The gesture was a tribute to the deaths of Andrew Short and Sally Gordon who drowned off Flinders Islet two months earlier when their racing yacht, Pricewaterhouse Coopers, better known Down Under as Shockwave5, slammed into the island's rocky shore. 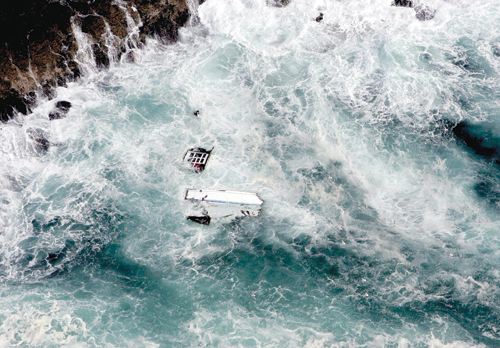 An internal inquiry was conducted by the Cruising Yacht Club of Australia, with retired Rear Admiral Chris Oxenbould as committee chairman. Eighteen people were aboard when the boat broke apart at 2:35 a.m. in the Tasman Sea amid relatively benign October weather conditions. Short's son Nicholas, who was tossed into the water, was rescued along with 15 others, most of whom climbed onto rocks.

The findings, contained in the Flinders Islet Yacht Race Inquiry and released earlier this year, highlighted a series of errors that seemingly contributed to the tragedy. Among them were a heavy dependence on chartplotters and inaccurate GPS readings while not properly planning the passage or maintaining adequate distance from the island; failure to don a personal floatation device with combined harness or personal locator beacon (PLB), especially when on deck at night, since the latter device can mark the position of an overboard crewman; stowing life rafts in soft bags belowdecks by the mast where they could not be accessed and launched within the required 15 seconds; shifting rescue communications to VHF channel 22 instead of staying on channel 16, the official emergency frequency; not registering all PLBs with the Australian Maritime Safety Authority; and lack of emergency battery-operated LED lights that would have proved useful in the blackness belowdecks once the main power went out. 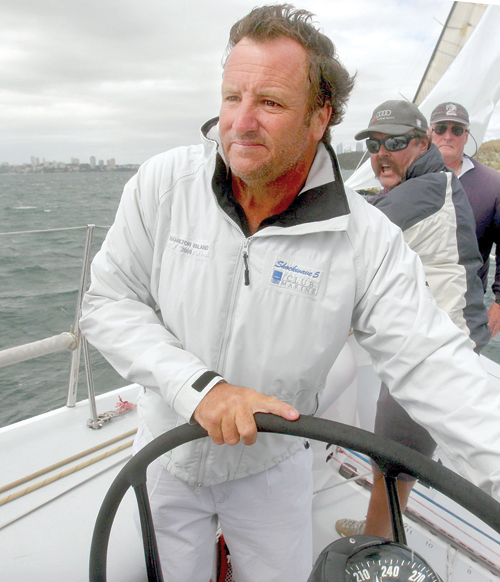 The report offers many recommendations, including how to organize a racing yacht.

For example, investigators learned that the organization on Pricewaterhouse Coopers was relaxed and reflected the way Short liked to sail. As they put it, "He was the skipper, the navigator, the tactician and the principal helmsman. There were many experienced sailors onboard and some had been sailing with Andrew for 25 years. This was the way Andrew sailed and they were accustomed to it."

Other boats in that October 2009 overnight race between Sydney and Wollongong adopted a more regimented approach. Crewmembers were assigned specific tasks. There was a nominated skipper. A separate navigator was named and helmsmen were rotated at 90-minute intervals.

Short had worked a full day and was at the helm for seven hours when the grounding occurred, suggesting fatigue was a factor. The report, based largely on interviews with Pricewaterhouse Coopers crew, also determined that "the stowage of life rafts belowdecks would not appear to meet the specific YA Special Regulations. Most probably, not all crewmembers on deck had PLBs as required." 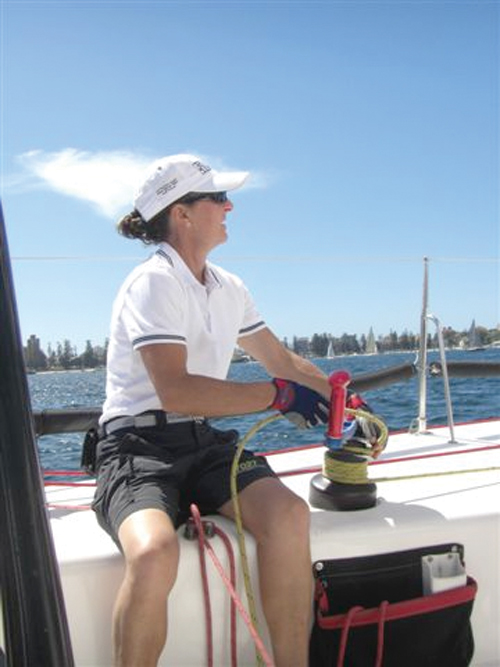 An excerpt from the report: "The boat stopped dead like a car crash. People were thrown about on deck and gear was thrown about belowdecks. Matt Pearce was tethered to the port jackstay and ended up at the forestay from the mast. The boat was upright, pointing northwest, and all crew were onboard. The bow ended up about 10 meters from the visible rocks."

Peter Geddes tried to send a Mayday on the radio but all power was lost. The soft-pack life rafts were free but inaccessible under all the debris and sails and could not be moved to the deck. The Pricewaterhouse Coopers crew described the mess belowdecks as a "death trap," adding, "it was flooded, the motion was violent, there were heavy bags of sails, the life rafts and other gear, which could pin you down and trap you. It was also pitch black."

The crew managed to grab a few flares from below deck and fire them. They were unable to seize an epirb or handheld VHF radio, which would have come in handy during the helicopter rescue.

The race's safety regulations recommend the use of a grab bag containing dry survival suits, first-aid kit, radar transponder, waterproof handheld GPS and other safety equipment. Unfortunately, this requires a large, cumbersome bag that must be stowed below.

Pricewaterhouse Coopers crew suggest the need for a smaller bag, readily accessible from the cockpit and containing only the bare essentials.

It was about 2:35 a.m. when the boat struck bottom. Although the sheets had been dumped to de-power the sails and prevent the boat from driving farther up on the rocks, the rig was overstressed and soon the mast broke and fell over the port side. Waves pounded the boat, swamping the crew. Gordon, Short and his son were sucked overboard by receding waves. Andrew Short was not wearing a PFD or safety harness. "He was heard to call out for help but it was not possible to provide assistance," Pricewaterhouse Coopers crew told investigators.

The total time from the initial grounding to everyone off the yacht and onto the rocks was only about four to five minutes. As witnesses attested, "A lot happened very quickly."

Four separate helicopter flights were required to lift the 15 survivors from the island to safety. As part of the inquiry, representatives from four yachts, Yendys, Ragamuffin, Quest and Living Doll, recounted their involvement in the search-and-rescue operation. "All of these boats were well prepared for a hard race. On board were some of Australia's most experienced and successful ocean racers. Of note, all crews were wearing their combined safety harness and PFD and they were put on before the start of the race. Yendys reported this as standard practice for night sailing," according to the report.

Australian yachting officials acknowledge that the wearing of PFDs at night remains a contentious issue and no agreement has been reached on the level of necessary regulation. As they put it, "Should the decision be left to the skipper and, if it is made compulsory, how can it be policed?"

Gordon was wearing a PFD and safety harness and was tethered to the boat, but she was found without this equipment. "The assumption is that Sally was pulled out of her harness by the force of the waves and floated clear of the boat, but this cannot be proved," the report explained. "Sally's predicament may have been better if she was able to release her tether line from her harness, float free and inflate her PFD, but again, this is only speculation."

The report refers to "countless stories of crew being retrieved quickly, aided by their tethers." It also cites situations where the tether is under considerable strain and unable to be released, although that might be the best option for the crewmember to save his own life, most notably in a boat capsize.

The report urges that tethers be equipped with a cutting device, such as the Spinlock S Cutter. Another finding: "The evolution of PFD design over recent years has produced a lightweight and comfortable device that is unobtrusive and does not restrict you working on the boat. The PFD design development has also been matched by a similar evolution in racing yachts, which travel at faster speeds, are more open in their deck design, and require crews to sit exposed on the side of the boat. There is less protection for the crew, possibly a higher likelihood of being washed over the side, and possibly a longer time required to sort out a fast-running yacht and return to the person in the water."

Chris Bull, past commodore of the Royal Ocean Racing Club in the United Kingdom, prescribed a rule that harness and lifejacket shall be worn between the hours of sunset and sunrise, when alone on deck, when reefed, when the true wind speed exceeds 25 knots, and when visibility is less than one nautical mile.

As for use of PLBs, the report determined not all crew on deck aboard the

Pricewaterhouse Coopers wore a PLB. Further, not all the PLBs were registered, which means they had limited value.