At just 33, Ashley Butler is creating a new class of boats that rises to the level of treasured works of art 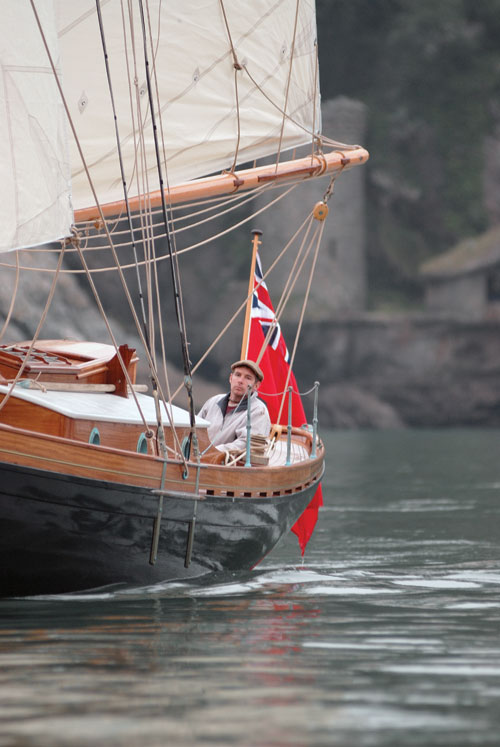 It's less than a mile by sea from Dartmouth's historic Naval College to Ashley Butler's boatyard at Old Mill Creek, but you wouldn't know it if you went by car. The narrow, winding lane takes you on a roundabout route through picture-perfect countryside before eventually dumping you among a clutter of workshops by the side of a tree-lined creek. It's a completely idyllic spot, and an unlikely birthplace for some of the most exquisite wooden yachts being built in the United Kingdom today.

But then Butler has always liked obscure settings. The last time I visited him was in a converted barn in the middle of Kent, where he was building replicas of traditional workboats- the famous smacks and bawleys of Britain's East Coast. Brought up near Faversham, once the heart of Kent's oyster-fishing trade, he served an apprenticeship with a wooden boatbuilder when he was 12 and by the age of 18 had restored his first boat, a 23-foot Maurice Griffiths-designed Goosander. But what really put him on the map was his restoration of the 38-foot Morecambe Bay prawner Ziska, which exploded onto the UK classic boat scene in the summer of 1998. He followed this up by going to the United States and building a 32-foot bawley-inspired yawl, which he then proceeded to sail singlehanded across the Atlantic. Back in the UK, he set up shop in a barn in Kent four miles from the North Sea and soon brought out an elegant, but uncomplicated, 32-foot smack yacht.

Butler has been all about working boats. But not Lyra. At first sight, Lyra is about as far from a fishing vessel as a traditional wooden boat could be. First of all there's that elegant counter, then there's the varnished deck furniture, the swept pine aft decks, the custom-made bronze fittings, the leather upholstered settee down below, the panelled bulkheads with, get this, ebonized basswood moldings. This is a boat that fairly reeks of the turn-of-the-century gentleman's yacht she is intended to emulate. Not only that, but the quality of the craftsmanship is of a standard that you usually only see on money-is-no-object restorations. All this packed into a very dainty 34-foot hull.