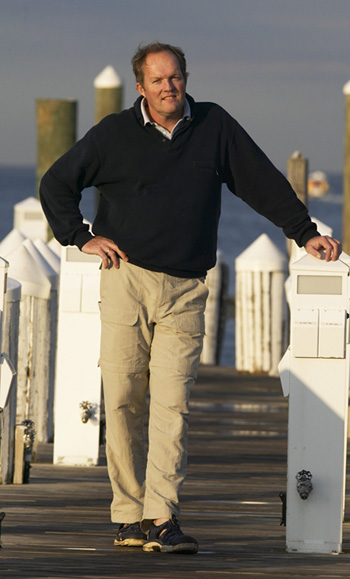 For more than 25 years, Onne has traveled between tropical destinations and icy reaches of the globe in search of breathtaking photo opportunities. He mixes scenes from the nautical world with dramatic backdrops to create his inspiring images, countless numbers of which have graced the pages of SAILING Magazine.

Formerly a professional yacht racer, Onne (pronounced On-ah) found his passion for photography while competing in an around-the-world yacht race. Using every opportunity to capture on film the incredible action of a trans-Atlantic crossing, he specialized in dangling high atop a mast some 100 feet above the rising swell. It was this dramatic work that launched his successful marine photography career.

These days, Onne prefers to chase light and beautiful scenery found in picturesque coves, action packed regattas, and bustling nautical towns around the world, including his hometown of Newport, Rhode Island. Many of the images in the gallery were shot on film using Fuji Velvia slide film and a Canon EOS 1 series camera. Onne now shoots entirely digitally using state-of-the-art Canon EOS-1Ds Mk III 21.1-megapixel cameras. None of the images have been manipulated and are color corrected only to duplicate the original color of the subject.

Unframed prints in a variety of sizes are available by special order, and will be assigned an edition number to preserve the integrity of the limited edition. All of the images in the limited edition collection can be viewed on the website, www.vanderwal.com. We are happy to accept orders over the Internet. You can also reach the studio via email.