The race down the West Coast from Newport Beach, California, to Ensenada, Mexico, has drawn racers for 75 years with fun and challenging sailing

After being sidelined during the long pandemic pause, the annual Newport to Ensenada Yacht Race in late April marked our long-awaited return to sailboat racing. We scrambled to make our boat race ready: restocking gear and re-certifying everything that had lapsed during the hiatus. Yippee Kai Yay is a lean, mean, racing machine and with no fancy galley, so our provisioning boils down to sandwiches, Cup-a-Soup, coffee, cocoa and the like—hot drinks are sacrosanct on a 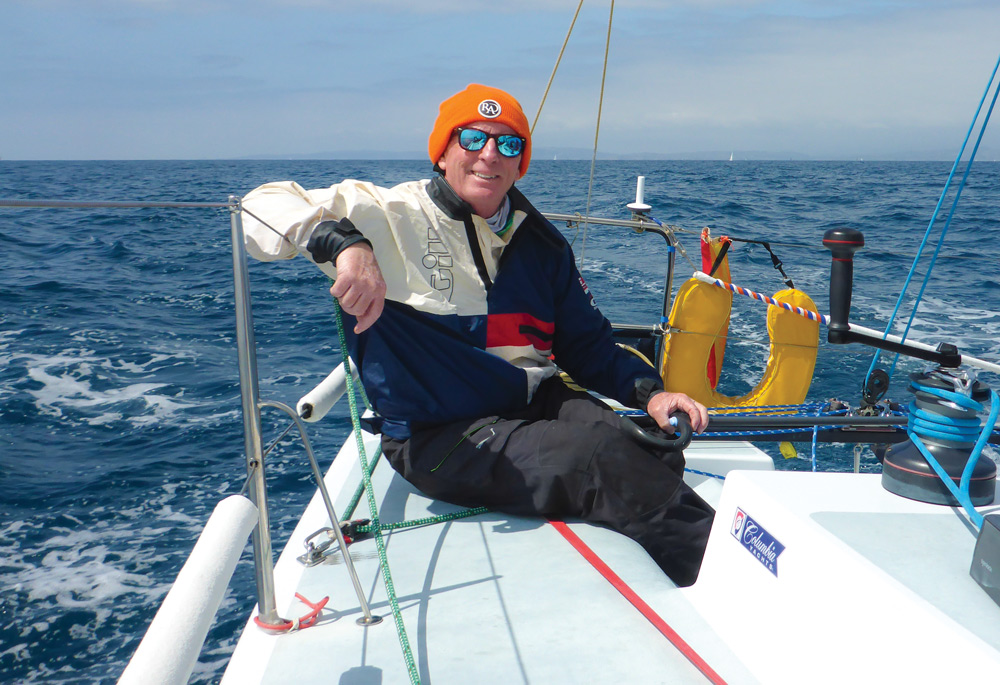 Skipper Barry Senescu is happy to be back racing to Ensenada.
distance race. But one hour after the race start I realized I had left the kettle at home, and there would be no boiling anything that night. It was an epic fail. I glumly returned on deck and announced my screw-up to the rest of the crew. No worries, the crew’s ear-to-ear smiles could not be erased. We were out on the water again, reaching in a gentle breeze straight down the rhumbline beneath cloud-speckled skies, in our favorite regatta of the year. Hot water be damned—we were racing to Mexico.

The N2E was first held in 1948 after wartime recreational boating constraints lifted. Since then, sailors from all backgrounds on yachts of all sizes, makes and models have rallied on the fourth Friday of April for the 125-mile course from Newport Beach, California, to Baja Mexico. In the beginning, Ensenada was just evolving from a small fishing village cupped in the protected Bahía de Todos Santos. Explorers had discovered the area centuries ago and once the Franciscans arrived, grapevines were planted, producing award-winning wines. That and the ubiquitous tequila began to draw more visitors south of the border during the American prohibition, and afterward, Ensenada began to bustle.

For nearly 75 years the Newport to Ensenada Race has been one of the most popular events on the West Coast, dubbed the “largest international yacht race in the world.”At its peak in 1983 a record 675 boats raced. This year 150 entrants got off the bench and pulled together a campaign as pandemic restrictions eased. A serious trophy-seeking, record-busting attempt for some; a bit of a joyride for others, it seems the level of intensity can change like the wind, year to year or hour to hour. 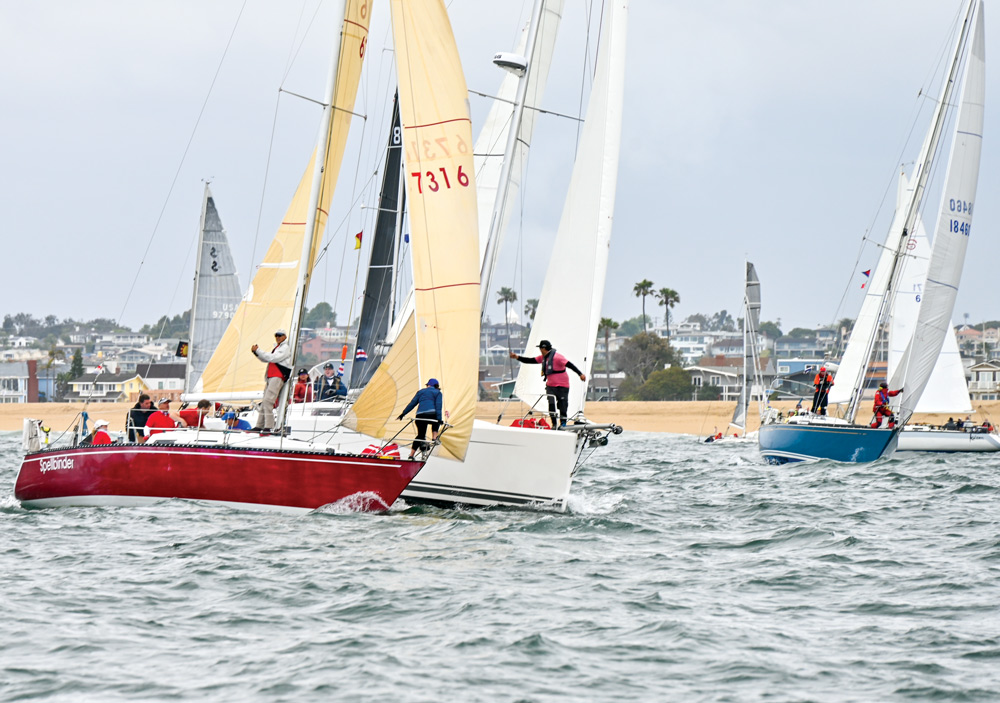 Spellbinder, Daytripper, and Paradise Found racing in PHRF C hit the start line for the 125-mile race, taking about 24 hours to complete.

Dual start lines host dozens of classes, with start times stretching into the midafternoon to accommodate the many boats and divisions. And there are just as many strategies as entrants, based on the design and displacement of boats and the whims of the gods. Will the westerly fill in and hold? Should we stay outside the Coronado Islands and slingshot in at Todos Santos islands? Or sneak inside and ride the offshore zephyrs in the wee hours? Shoot down the rhumbline? Split the islands? One thing is certain, whatever you do, you must steer clear of the kelp and windless abyss at Point Loma.

The fickle fans of Baja’s scalloped coast are legendary, and as a journalist and contestant I’ve had the chance to document plenty. Decades ago, Gil Knudsen told how he and his crew had slunk back to Newport, tail between their legs, when they suffered a catastrophic spinnaker wrap in the erratic night air. With the spinnaker hopelessly wrapped around the backstay, Knudsen said he was too embarrassed to show up in Ensenada. Conversely, Ernie Bain long ago told of a windy year when the race committee had stopped on the way to Ensenada for a fine lobster dinner at Porto Nuevo after a successful race start. Lo and behold, they glanced out the window to see Dennis Conner’s 60-foot America’s Cup catamaran Stars & Stripes barreling down the bay. They abandoned their plates and sped to the dock, launched the committee boat and aimed at the approaching catamaran.