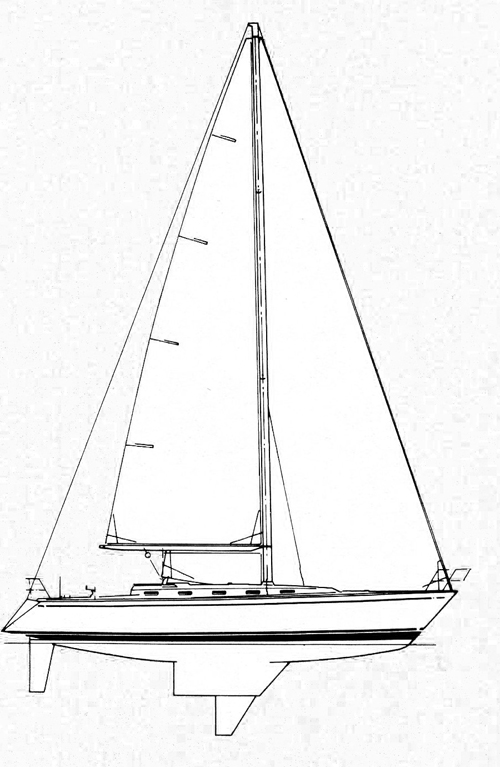 F riends in Miami just purchased a handsome 1989 Tartan 40. The successful sea trial and survey were the culmination of a systematic, two-year plan to find the right boat for extended cruising. Ricardo Paris attended my boat buyer's workshop a couple of years ago and we discussed his sailing agenda. He wanted to spend some time researching different boats and to take the measure of the market while working to build a "boat fund." He and his wife Claire plan to hit the high seas in a year or so, but they wanted to buy the boat now to get familiar with it and to properly refit it for serious cruising.
Ricardo zeroed in on the Tartan 40 after considering many boats, including an Albin Nimbus 42, Hood Wauquiez 40, Nordic 40 and Jeanneau 42. The Tartan is an excellent choice. Although officially designed by Tim Jackett, the Sparkman & Stephens influence is obvious; just look at the rakish bow, low freeboard, reverse transom and subtle sheer. Jackett's designs during the 1980s were a masterful synthesis of classic S&S lines with modern features that sailors were demanding. The 40 is one of his best efforts.
The overall excellent sailing performance coupled with a seaworthy hull shape and solid construction convinced Ricardo and Claire to pull the trigger. The lovely teak interior is not overly spacious but is more than adequate for a couple. The size was also appealing. At 40 feet it is big enough for any bluewater challenge they might encounter but still manageable for a daysail on Biscayne Bay. A sail area-to-displacement ratio of 17.1 speaks to performance, while the displacement-to-length ratio of 250 and ballast/displacement ratio of nearly 43% translate into stiffness, stability and the load-carrying capacity necessary for long-term cruising.
Ricardo and Claire really piqued my interest in this beautiful old boat. For the purpose of this article, we are going to take a look at retrofitting a Tartan 40 for cruising. Our "hypothetical" boat will be a 1986 model. There were 72 Tartan 40s built between 1984 and 1989. They are not easy to find on the used market and tend to hold their value. We purchased our boat named Retro, for $125,000; a price that reflects the soft secondhand boat market. The boat, like most Tartans on the market, is well equipped and well maintained. It has newish canvas and sails and the Universal 50-horsepower diesel has relatively low hours and is in good running condition. Our monetary goal is to complete the retrofit for 20% to 25% of the purchase price, or around $30,000. Our sailing goal is to have the boat ready for a summer-long cruise in the Bahamas, and to be in excellent shape for day and weekend sailing and shorter cruises throughout the rest of the year.
Prioritizing needs and wants is always the key to spending wisely. The Tartan 40 is a powerful sloop rig and one of our main objectives is to make the boat as easy to handle as possible without sacrificing performance. Sail controls need to be efficient. With that in mind, we decide to convert the traditional boom and slab-reefing mainsail to a Leisurefurl in-boom reefing system. Style, substance and smooth sailing come in a compact package perfect for sprucing up. 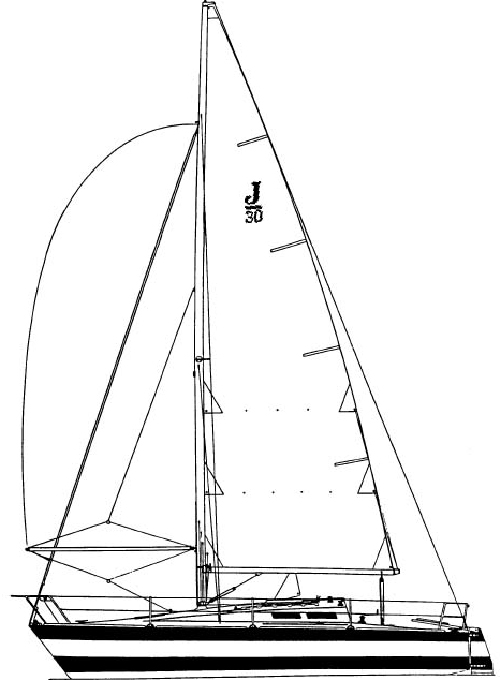 A nice-sized boat for racing, cruising and daysailing, with the family or not