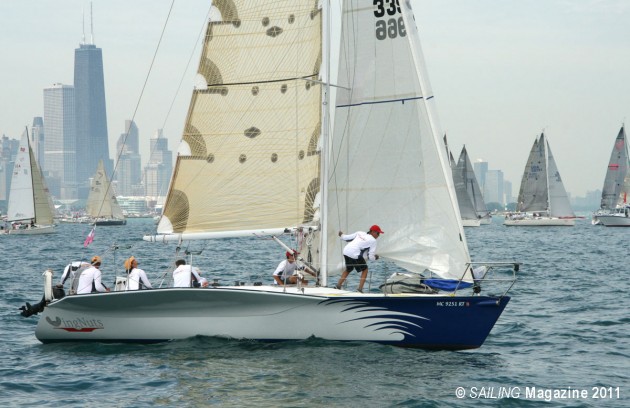 Wingnuts, a Kiwi 35 that capsized during Chicago Yacht Club's Race to Mackinac, is seen sailing before the start of this year's race. Skipper Mike Morley and Suzanne Bickel died of head trauma when the boat overturned off North Fox Island in the northern part of Lake Michigan. Six other members of the crew were rescued by the crew of the Beneteau 40.7 Sociable, owned by Bob Arzbaecher of Milwaukee. A complete story will be posted soon.