In the dark of the night in the far south Atlantic, Jean Le Cam, right, rescued fellow solo skipper, Kevin Escoffier, left, after his boat broke in two and sank in the Vendée Globe Race

"I need assistance. I am sinking. This is not a joke. MAYDAY.” 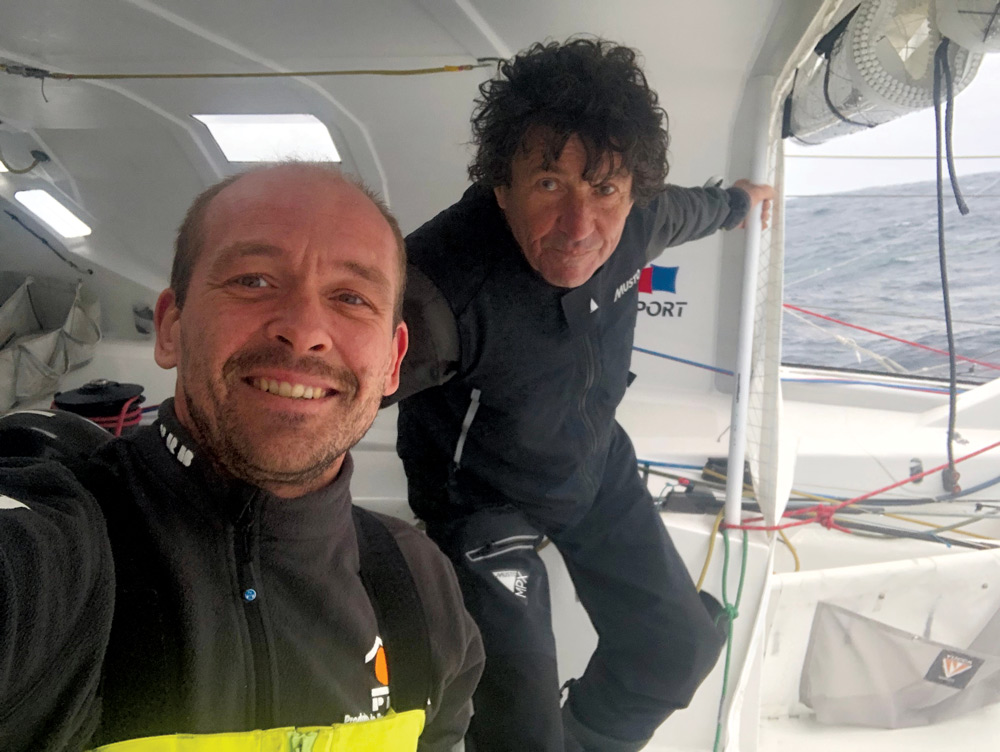 On November 30, the 40-year-old solo sailor was in third place in the Vendée Globe solo around-the-world race some 840 nautical miles southwest of Cape Town, South Africa, when his boat sailing at 27 knots buried its bow in a wave.

“In four seconds, the boat folded in half, the bow was 90 degrees, and I had one second to send a text before the electronics fried,” Escoffier said. “It was completely crazy.”

The solo sailor had only time don his survival suit, grab a GPS and inflate his life raft. Concerned that carbon fiber shards would damage the raft, he cut himself free as the boat sank.

Far from land, his only hope of rescue would be a fellow competitor. His hope would be answered by 61-year-old Jean Le Cam, a veteran solo sailor racing his fifth Vendée Globe. Le Cam was 30 miles behind in fourth place aboard his older nonfoiling IMOCA 60 Yes We Cam, and he turned his boat to the coordinates sent by race headquarters.

“I was two hours away from PRB, and when I got to the position given by the tracker I saw Kevin in his life raft. I told him I’d be back, no need to rush things,” Le Cam said.

“It was not an easy maneuver, and by the time I came back to the spot where I left him, he was not there,” Le Cam said.

“I saw a flash of light reflecting off the waves and set off toward it,” Le Cam said. “It’s amazing because you switch from despair to an unreal moment.” 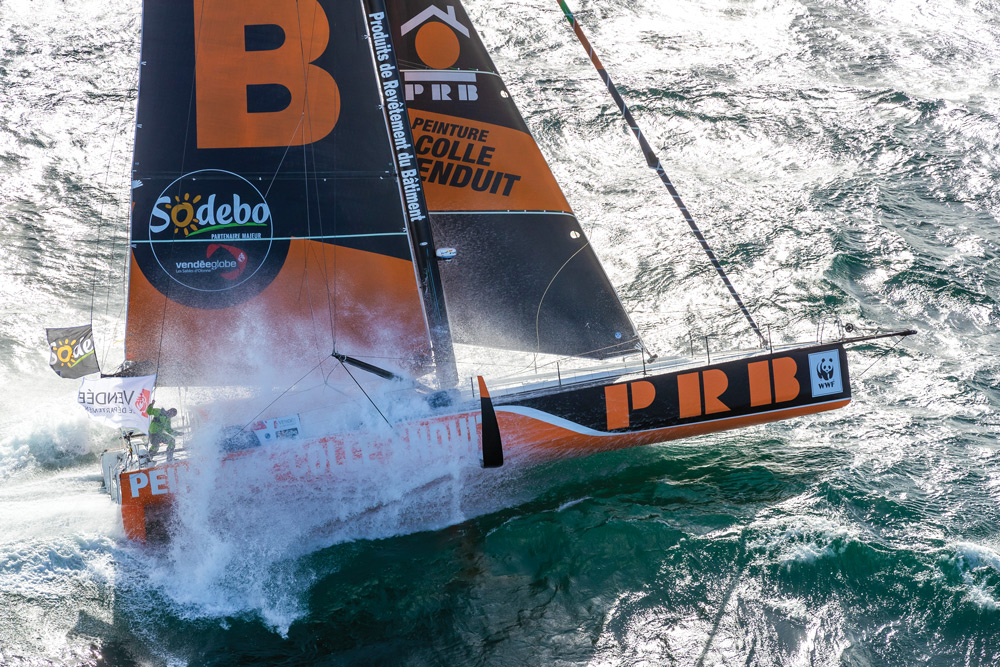 Skipper Kevin Escoffier rides the transom of his IMOCA 60 PRB. He was rescued in the South Atlantic one-third into the Vendée Globe solo around-the-world race after the boat broke in two.
Jean-Marie Liot PRB photo

Le Cam positioned the boat to windward, drifting down toward the life raft.

Le Cam threw a life ring and Escoffier swung to the back of the transom, climbing aboard between the rudders.

“I am sorry for disturbing your race,” Escoffier said, once aboard. To which Le Cam replied “Sorry about your boat.”

The pair also joked about the irony of Le Cam coming to the aid of PRB because Le Cam had been rescued off Cape Horn during the 2008-2009 Vendée Globe from his capsized IMOCA 60 by the skipper of the previous PRB, Vincent Riou.