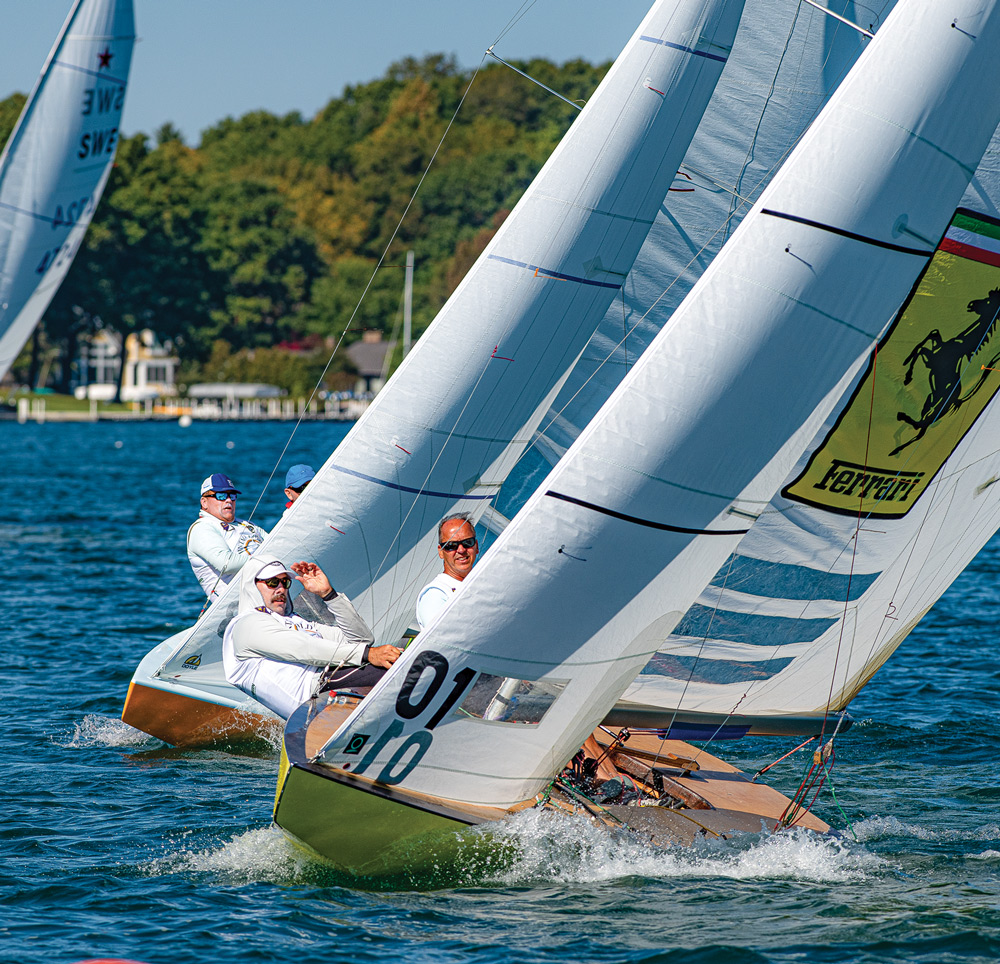 A passion for saving classic Star boats from the junk heap turned into a regatta drawing sailors from around the country each September to Michigan’s Gull Lake. This year’s Vintage Gold Cup brought 21 classics to the event.

Now in it’s fourth year, the regatta was the brainchild of Michigan sailors Don Parfet and Jon VanderMolen, who began restoring wooden Star boats in a local shop in 2017 when 12 boats hit the starting line. This year’s Star stars were the most recently refitted Ford and Ferrari, which sported the classic race cars’ paint jobs.

The regatta is a mix of fun land events and racing on the lake, and the sailors were treated to one perfect day of racing, getting in three races. It was brother against brother in the battle of Ford vs. Ferrari, with championship Star sailors Joe and Tom Londrigan battling head to head in a special match race. Unfortunately, the wind died on the last day of racing before the race could be held. The recently restored Stars Ford and Ferrari are put on display with their race car counterparts.
Walter Cooper photo