German Frers Jr. has designed hundreds of beautiful boats, from production Swans and Hallberg-Rassys to famous maxi racers and superyachts, but it was an unusual design of his father’s and the intriguing story behind it that started a passion project to build it. The project has been documented in the oversized art book “The Story Behind Recluta” by his daughter Zelmira Frers. 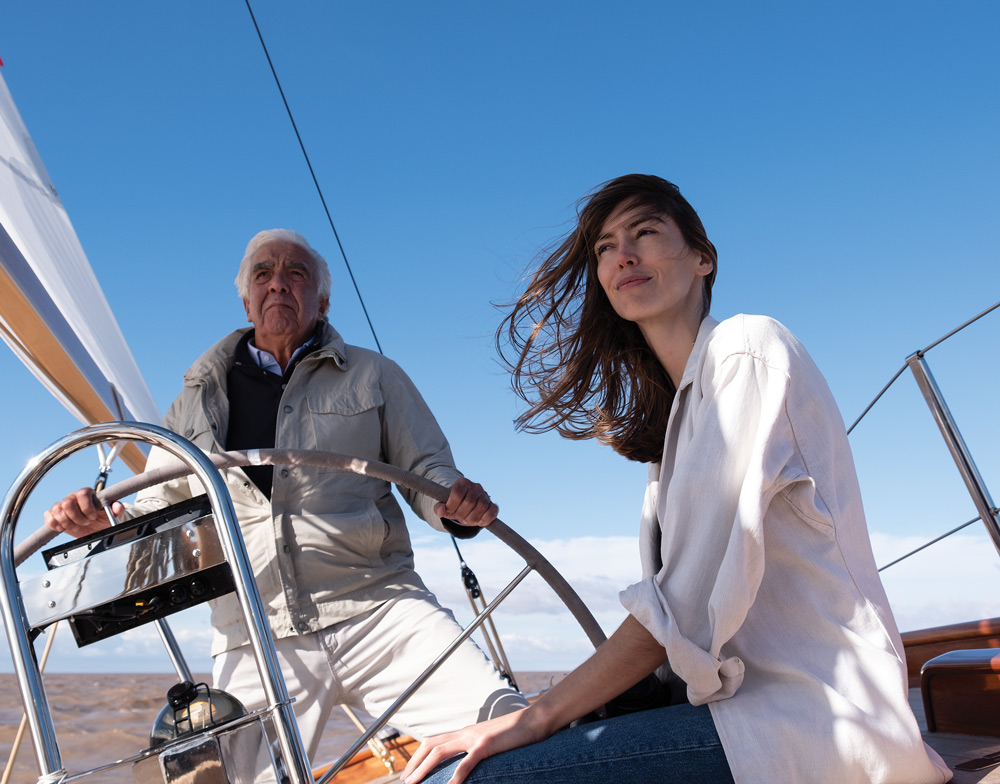 German Frers, Jr., with his daughter Zelmira, steers Recluta on her maiden sail.
In 1942, the 66-foot yawl Recluta was wrecked off the coast of Argentina during a race from Buenos Aires to Mar del Plata. Her owner Charlie Badaracco did what he could to salvage as much as possible from the yacht. Eventually, the remains became a tourist attraction. Determined to hoist her sails once more, Badaracco turned to German Frers Sr. to recreate Recluta, incorporating fresh thinking and constructing what would be the largest yacht ever built in South America. Eventually, the project was scrapped after World War II led to a shortage of the materials needed.

The drawings languished until they were discovered after the death of German Frers Sr. by his son, who, along with his daughter Zelmira, launched a project to build the boat using classic wooden boatbuilding techniques by local Argentine craftsmen.

“Recluta is testimony to a thriving period in Argentina, when the marine industry was at its peak during the time of my grandfather,” Zelmira said. “Today, the reality of this industry is very different. In this book I wanted to immortalize a small part of the beautiful history of Argentina’s nautical development and a few of its silent protagonists.”

Zelmira’s photographs chronicled the build, along with additional historical photos, fill the 200-page book with fold-out pages. Visit www.thestorybehindrecluta.com to find out more on this limited-edition book. 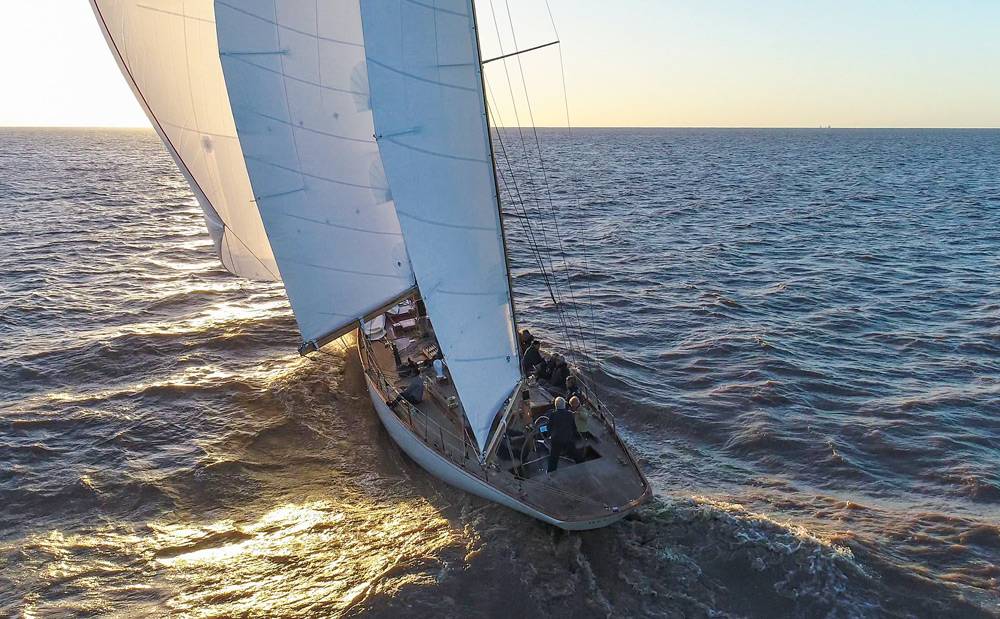 Recluta is documented in the book “The Story Behind Recluta.”