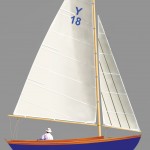 By Robert H. Perry
For some odd reason these days I seem to be attracted to “grandpa boats.”  This new Chuck Paine designed 18-footer looks like just the ticket for me to have some fun with my grandkids, Violet and Drake. In fact it’s perfect in every way.

By Robert H. Perry
I am not sure where to start telling you about my friend Steve’s skills. He has so many. I’ll just say Steve is a craftsman who can build anything. He built his own plane, he’s a commercial pilot, then designed his own floats and retractable landing gear to turn the plane into an amphibian. He inherited an aluminum 34-footer that he modified significantly after teaching himself to weld aluminum. So when Steve said he was going to design a new boat for his next project I was not surprised. The surprise was this is a boat I could own with pride. 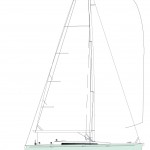 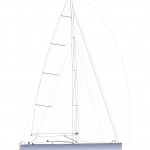 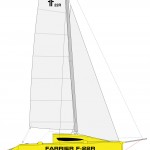 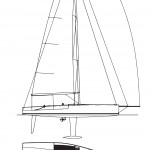 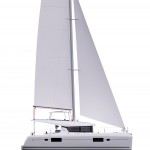 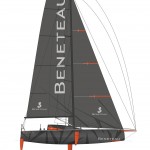 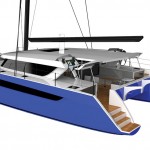 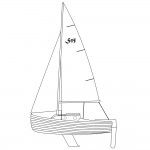 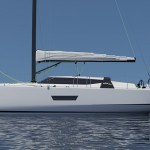 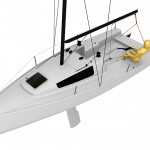 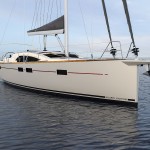 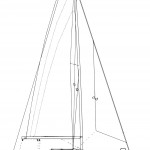 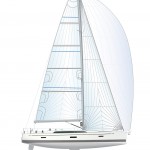 By Robert H. Perry
X-Yachts is introducing a third line of boats to complement  its Xp (performance) models and Xc (cruising) models. The range will be the X series and the first one will be the X6 followed by this X4 model at 41 feet LOA. I have been a fan of the X-Yachts models for many years. Its in-house design team does a great job with both styling and performance. The new X series will combine comfort and speed with the latest build technologies and exceptionally high-quality materials.Schedule 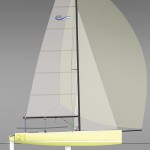 This slick sportboat offers speed and handling with Kiwi flair

By Robert H. Perry
Sometimes I whine about the absence of design documents in the review packages I get these days.  I want to see what the designer drew. Leave it to my buddy Kevin Dibley in New Zealand to knock me out by sending me an almost complete set of plans for his exquisite new 21-foot trailerable sportboat.     Schedule 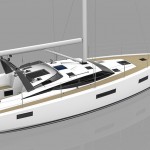 By Robert H. Perry
Here is a very interesting design from Marc Lombard for the French company, Feeling. This is the first new boat I have seen from it in a few years. The promotional material says it could be a boat for “A circumnavigation in ultimate comfort.”
Schedule 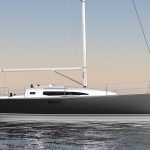 By Robert H. Perry
Here is the latest J/Boats entry into the cruising boat field. I’m going to assume the design is a collaborative in-house effort like the other J/Boats. Many thanks to J/Boats for providing me with actual design drawings.  I have said this before in the reviews but the cruising boats that J/Boats has produced have always managed to echo my own thoughts on what the perfect cruising boat would be for me. They combine comfort, efficiency and style into a total design package that I find very appealing. It would work for me. 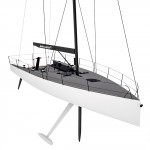 This cutting-edge design will turn heads on racing circuits worldwide

By Robert H. Perry
The Melges 24 may not have been the first “sportboat” but it sure kicked the design of sportboats in the pants good and hard. The gloves came off. The new 40, designed by Botin Partners Naval Architecture, appears to be an extension of the same all or nothing approach to a 40-foot one-design sportboat. That’s a lot of sport.
« Prev 12345678910 Next » 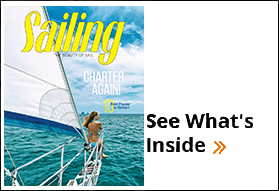