By David Liscio
The J/24’s story reads like the script of a Disney movie. It’s 1975 and amateur boat designer Rod Johnstone is tinkering in the garage at the family’s Stonington, Connecticut, home. By David Liscio
American yacht designer Doug Peterson gained the attention of the world’s most competitive sailors when he unveiled the one tonner Ganbare in 1973. The 35-foot sloop was innovative below the waterline, and it was praised for its looks and sailing capability. It went on to win the SORC. By 1976, Peterson had designed the Peterson 34, an offshore racer-cruiser. By David Liscio
Nathaniel Bowditch didn’t look like Hollywood’s version of a swashbuckling sailor, but his contributions to maritime navigation more than 200 years ago made it possible to traverse oceans with greater speed and accuracy. And the mathematician’s hard-earned accomplishments haven’t been forgotten. The National Sailing Hall of Fame in Annapolis, Maryland, included Bowditch in its 2014 class of eight inductees during a September ceremony at the Detroit Yacht Club in Detroit, Michigan. 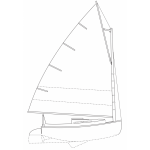 By David Liscio
It’s hard to pinpoint exactly what drew me to a catboat, and specifically a Marshall 22. Perhaps it was some romantic notion conjured from gazing at an Edward Hopper or Winslow Homer painting, By David Liscio
If you’ve ever imagined steering a rocketship but had your dreams dampened because you’re not a NASA astronaut, I have good news for you. The new C&C 30 one-design race boat provides fast acceleration, light-air performance and so much exhilaration you’ll be convinced this is exactly how it feels to hurtle through space as the hull planes across the water. And it doesn’t take long to grow accustomed to leaving slower boats in your wake. 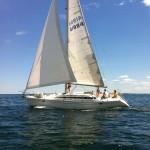 By David Liscio
When Tony Castro designed the Jeanneau Sunshine 38 in the early 1980s, many other naval architects had not yet caught up with the notion that sailors might want a comfortable cruising yacht that was a 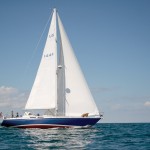 By David Liscio
The Alden 44 was designed in 1977 and has been turning heads ever since. This capable offshore racer-cruiser has made countless passages and won its fair share of hardware on the race course in its da 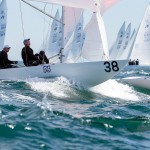 By David Liscio
Patricia Stadel sailed her fifth and self-proclaimed last Etchells World Championship in June where she had the distinction of being the most senior skipper competing in the 95-boat fleet. At 75, Stadel has by default become a goodwill ambassador for the International Etchells Class. She had plenty of wisdom to impart when asked why she and so many other competitive sailors, including legends like John Bertrand, 68, who won the America’s Cup for Australia in 1983, gravitate to this particular sloop. 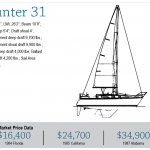 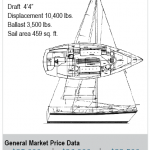 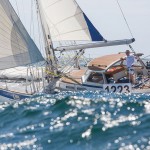 By David Liscio
Nearly all 23 solo sailors who set out from Newport, Rhode Island, in June racing the Bermuda One-Two had offshore sailing experience, but several had never attempted a solo bluewater passage. 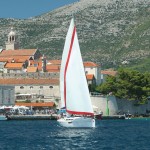 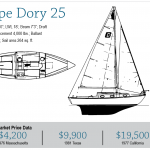 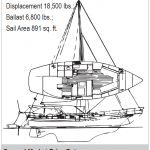 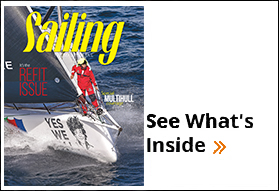